Sushil Modi said the Centre and states have simultaneous powers to legislate on GST and the Constitution does not envisage a repugnancy provision. GST council must work in a harmonious manner to achieve a workable solution 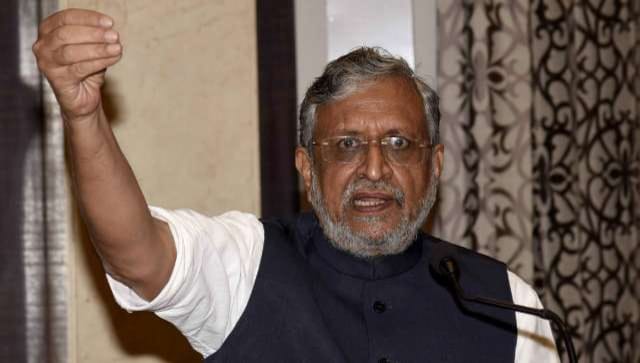 Sushil Modi, a former deputy chief minister of Bihar, who in the past headed ministerial panels on the Integrated Goods and Services Tax (IGST) settlement, believes that the Supreme Court’s verdict on the GST Council’s recommendations not being binding on the Centre and states is nothing new and that this was already the case.

Talking to News18.com, Sushil Modi said Article 279 (1) of the Constitution states that the goods and services (GST) Council is a body that can give recommendations and can only propose.

The apex court, on Thursday, an apex court bench led by Justice DY Chandrachud held that the Parliament intended that the “recommendations of the GST Council will have persuasive value as India is cooperative federalism.”

In its verdict, the court said that the GST Council recommendations are not binding on either the Centre or the states and only have persuasive value.

“The Union and states have simultaneous powers to legislate on GST and the Constitution does not envisage a repugnancy provision and GST council must work in a harmonious manner to achieve a workable solution,” the top court said.

The court also held that both the Parliament and the State legislatures possess equal powers to make laws in relation to GST and it is for the GST Council to advice suitably.

“The Constitution does not envisage a repugnancy provision and GST council must work in harmonious manner to achieve workable solution,” the court said.

Justice Chandrachud cited two articles of the Constitution and said that 246A treats state and Centre as equal, while 279A says that state and Centre cannot act independent of each other. This also points towards competitive federalism.

Reacting on the SC’s verdict, Sushil Modi further said that no state can afford to not implement GST and no state has ever disregarded a decision taken in consensus by the council.

“We are united by trade. The state that will not accept GST will bear the loss. For example, Tamil Nadu goods are consumed in Bihar and if Bihar won’t get that tax, it will stop trading with Tamil Nadu,” he emphasised.

He also cited an exception where Kerala asked for voting on the issue of including lottery under GST and the state had to accept the percentage of tax fixed by the council.

Commenting on whether the Constitution can provide for the establishment of an adjudicatory body for dispute settlement, the BJP leader said that it has been many years since the council implemented the system and it was in the beginning that the government faced a lot of problems.

“Now, there are only insignificant problems that can be solved during the course of time,” Sushil Modi added.

The Rajya Sabha MLA also said that if any state, including those ruled by BJP rivals point to the federal structure and the right to fix rates as per their discretion, will have to bear losses. He further said that the state will be then “isolated” and there will be no trade with that particular state.

He also said that earlier there was Value Added Tax (VAT) and traders of different states used to file GST at different rates which was hectic.