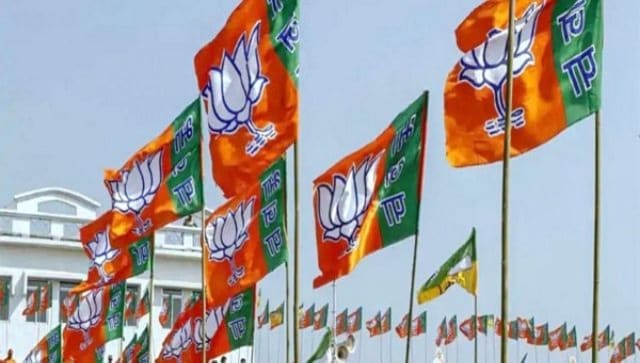 Challenges for BJP in Karnataka. ANI

Last week two events caught the attention of a Northerner now settled in the South of India. First was the visit of the Prime Minister to Chennai for the inauguration of the Chess Olympiad. It is part of his systematic outreach to build the “Brand Modi” in Tamil Nadu.

He is aware of the apprehensions harboured by a large section of the Tamil population about the BJP’s “hegemonistic” designs to expand its footprint across the country. So, he knows this antipathy will have to be neutralised over time. Apart from wearing a Veshti with squares of a chessboard embroidered on it, Modi allowed the Chief Minister to occupy the centre-stage although it was a Union government-sponsored competition. His address at a convocation ceremony the next morning was equally meaningful. However, it is the second event — that of the murder of a BJP youth leader in Karnataka — that is of greater significance in the short term.

Karnataka was the first southern bastion that the Bharatiya Janata Party (BJP) breached and was expected to be the launch pad for the party’s foray in other states of the South. Many of RSS’ ground workers in Kerala are from Karnataka. And it is no coincidence that the BJP’s new poster boy, who is leading the party’s charge in Tamil Nadu, earned his spurs as a police officer in Karnataka. With his induction, the BJP’s Karnataka model of expansion was expected to be applied in Tamil Nadu with appropriate modification and adaptation. However, after last week’s events in Karnataka — following the brutal murder of BJP Yuva Morcha leader Praveen Nettaru in Bellare — the party’s prospects in the state have turned wobbly.

Karnataka is at times loosely compared with Bihar and Uttar Pradesh in terms of the caste equations that dominate the polity. Much of the BJP’s success in the state is attributable to its cracking the caste code, especially the influential Lingayat community primarily fronted by BS Yediyurappa. He and Ananth Kumar, who marshalled the Brahmin votes, made a formidable combination. Subsequently the two were able to make inroads into other important caste groups like the Vokkaligas (the community from which hail HD Deve Gowda and HD Kumaraswamy).

Some credit must also go to the Congress for abandoning its Lingayat base by a series of self-goals, starting with Rajiv Gandhi’s impetuous sacking of the Lingayat chief minister Veerendra Patil in 1990 and dissolution of the Janata Party post the death of Ramakrishna Hegde, a Brahmin who had strong Lingayat support. However, some political analysts consider the dispute over Idgah Maidan in Hubli, as a mini-Ayodhya, as the tipping point for the BJP in Karnataka. Be that as it may, by early 2000 the BJP emerged as a formidable challenger to the Congress proving that the South was not invincible for the saffron party.

Karnataka is not just another trophy on the BJP’s list of regional conquests. In the 2019 Lok Sabha elections, Karnataka contributed 26 out of the 303 seats won by the BJP. Hence, retaining Karnataka is important for the BJP not only for retaining its base in the South but also the Lok Sabha elections in 2024 when the party is likely to suffer some losses in the North. However, the BJP’s failure in Karnataka has been the inability to develop a tent pipeline to succeed Ananth Kumar and Yediyurappa. Kumar is no more and each time the party central leadership has tried to ease-out Yediyurappa it has faced a slide and was forced to bring him back to power. Having learned from its earlier mistake, when it had chosen D V Sadananda Gowda as his replacement, this time around it selected Basavaraj Bommai, a Lingayat, even though he is not a career BJP or RSS man. However, Bommai has not been able to fill Yediyurappa’s large shoes.

The BJP’s strategy in Karnataka had so far been one of soft Hindutva. While it was undoubtedly a party of Hindus, it did not wear the Hindutva badge of the Hindus. It consciously eschewed the strident pitch that it uses in the North. But, over the last few months one has seen the party shifting gears to a more aggressive form of Hindutva, which was evident in the hijab controversy and the beef ban row. This was probably calibrated to up the ante before the 2023 Assembly elections to off-set potential losses due to anti-incumbency. But Bommai is no Yogi Adityanath. His handling of the aftermaths of these episodes came across as tentative at best. It may not be far-fetched to believe that these emboldened reactionary elements indulge in an apparent act of revenge, making an example out of Praveen Nettaru.

The report angst of BJP cadres against the state leadership arises out of two factors. First, having ratcheted up their combative psyche they feel let down by the tepid response of the government and its lack of urgency in taking retributive action. Second, it has shaken their confidence about the support they can expect from establishments if the situation were to exacerbate further in the run up to the elections. This is where Bommai has a serious trust deficit.

The reactions which followed are even more problematic. Karnataka Higher Education Minister Dr Ashwathnarayan went over the top to say that the “Yogi Model” will be imported to Karnataka. Going a step further he said “encounter killings” should be authorised. Others demanded banning of organisations like PFI that are suspected to have with Islamic terror outfits such as ISIS. Incendiary statements are being made by some religious leaders and fringe organisations inciting violence. Bommai appears to be out of depth to handle the situation both politically and administratively. He is not a true blue BJP or Sangh member with charisma and grassroots clout to be able to contain the anger of the cadres. As a Chief Minister he certainly does not possess the guts or gumption to take hard action.

This puts the Prime Minister and the BJP’s central leadership in a spot. The BJP cannot allow a “bulldozer” culture in Karnataka. It is precisely what the South is afraid of. Any move in that direction will be playing into the hands of the Opposition and it will nullify all the efforts of Modi to soften the region’s reservations about the BJP. To take a Uttarakhand kind of step, where Pushkar Dhami was brought in as the Chief Minister few months before the elections, would run the risk of angering the powerful Lingayat community. So, does it mean calling the old warhorse BS Yediyurappa from retirement? There are no easy solutions in sight.

The author is a current affairs commentator, marketer, blogger and leadership coach, who tweets at @SandipGhose. Views expressed are personal.