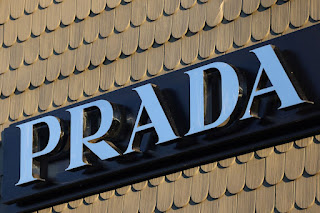 (Reuters) Luxury fashion group Prada beat first-half sales and profit forecasts on Thursday and said it could reach its mid-term targets earlier than planned, although that would depend on how the current uncertain economic environment unfolds.

Sales in the first six months of the year were boosted by the performance in Europe, the Americas, and Japan and South Korea in Asia, the Italian company said.

However, sales in the Asia Pacific region overall declined by 7% in the period as lockdowns in mainland China from mid-March impacted around 30% of group stores. The key Chinese market improved since store re-openings in June, Prada said.

Luxury groups such as Kering, the owner of Gucci, and Italy’s Moncler have benefited from post-pandemic demand for designer labels as socializing resumes and shoppers spend savings but the lockdowns in China temporarily put a brake on progress.

Prada reported a 22% jump in total revenue to 1.9 billion euros ($1.92 billion) for the first six months of this year, above analysts expectations of 1.8 billion euros according to a Refinitiv consensus.

Operating profit also topped the consensus at 305 million euros, up from 166 million euros in the first half of last year, with an EBIT adjusted margin at 17.4% of total sales.

“Despite the highly uncertain global macro-economic environment, current trading remains strong and H1 results accelerated the group’s trajectory towards the mid-term targets,” said the company, which is listed in Hong Kong.

Last November the group unveiled its medium-term goal of 4.5 billion euros sales and a 20% operating profit margin, identifying the mid-term period of between three and five years. A group executive told Reuters that, thanks to the recent acceleration, Prada now is more confident of reaching them in 2024 rather than in 2026.

Thanks to its geographical sales distribution, the group has “more than compensated for the impact of lockdowns in China and sanctions on Russia, where we continue to support our people despite store closures”, Chief Executive Patrizio Bertelli said in a statement.

Difference in Way Symptoms on Both Diseases Manifest in Patients, Say Doctors