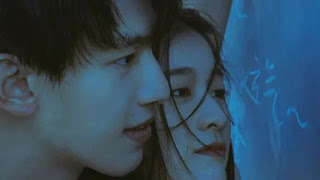 (Variety) “My Blue Summer,” a local romance led the Chinese box office higher over the latest weekend with a modestly respectable $7.2 million (RMB48.2 million) opening session. But the trend is hard to discern due to continually changing COVID conditions in China and the country’s uncertain economic direction.

The nationwide Friday to Sunday box office total was $26.7 million, according to data from consultancy Artisan Gateway. The total was more than double the $11.5 million achieved the previous weekend.

The performance was goosed by the Dragon Boat Holiday weekend, operating June 3-5. It was also helped by the re-opening of cinemas in several parts of the country. China has grappled in aggressive fashion, using mass testing and citywide lockdowns, with coronavirus case numbers that are smaller than the figures that are considered as endemic in other parts of the world.

Shanghai, China’s biggest city and its economic capital was officially allowed to reopen on June 1, 2022 after weeks of strict lockdown that had caused significant hardship. Significantly, however, cinemas were not part of the first wave of reopening in Shanghai.

Reopening continued in other major cities including parts of Beijing and Shenzhen. Beijing cinemas are to be allowed to reopen at 75% capacity to fully-vaccinated patrons from Monday (June 6, 2022).

While the cinema re-openings are good news for the film sector – both new releases in the top five had been delayed by COVID – the wider Chinese economy has been badly hurt by the aggressive anti-COVID actions. There are calls for central government stimulus measures.

The service sector remained deep in contraction territory in May, the third consecutive month, according to the monthly Caixin Purchasing Manager’s Index. Services now account for 60% of China’s economy and the data points to a slow recovery.

Similarly, China’s consumer sentiment gauge fell to 86.7, according to National Bureau of Statistics data released on Wednesday. The figure is the lowest on record, since the index began in 1991.

Artisan Gateway’s data on aggregate cinema box office shows the year-to-date total at $2.32 billion. That is now 40% behind the equivalent 2021 score.

“My Blue Summer,” a romance about a chance encounter between two former lovers, stars two of the country’s most in-demand younger generation actors. Female lead, Zhang Xueying (aka Sophie Zhang) won a hatful of awards with 2013 film “Einstein and Einstein” but has more recently built a substantial TV series career. Male lead, Xin Yunlai has both a busy TV schedule and a film career built largely on romantic parts. This is his fifth romance film since 2018, following “Cry Me a sad River,” “The End of

Endless Love,” “Ten Years of Loving You” and “Stay With Me.” He also starred in shirt-off sports comedy hit “Water Boys” in 2021.

U.S. animation, “The Bad Guys” took second place over the weekend with $6.3 million (RMB41.9 million) for a cumulative total of $39.4 million (RMB264 million), earned over six weekends and one of the highest scores this year for an imported film.

The second-highest opener, and fourth-placed film over the weekend was “The Italian Recipe.” The Italian-Chinese co-production, featuring a romance between two Chinese in Rome, opened with $1.9 m million (RMB12.5 million).

Fifth place over the weekend was “Octonauts: The Caves of Sac Actun,” an animation that was playing previews ahead of a July 9, 2022 official release. It earned $1.5 million (RMB10.2 million). The film is a spinoff from the Silvergate Media TV series that has gone into multiple seasons. The film was released outside China in 2020 on the Netflix streaming service in 2020.

Unable To Work Out? Here Are Foods That Can Help You Lose Weight