Indian Navy’s MQ-9B Drones Seen In Satellite Imagery For The First Time; Were Leased After Clashes With China In Ladakh

The two MQ-9B drones leased by the Indian Navy from US defence major General Atomics have been spotted in satellite imagery for the first time.

The drones were spotted at INS Rajali, an Indian naval air station located near Arakkonam in the Ranipet district of Tamil Nadu, by Damien Symon, an analyst with The Intel Lab who tweets as @detresfa_. 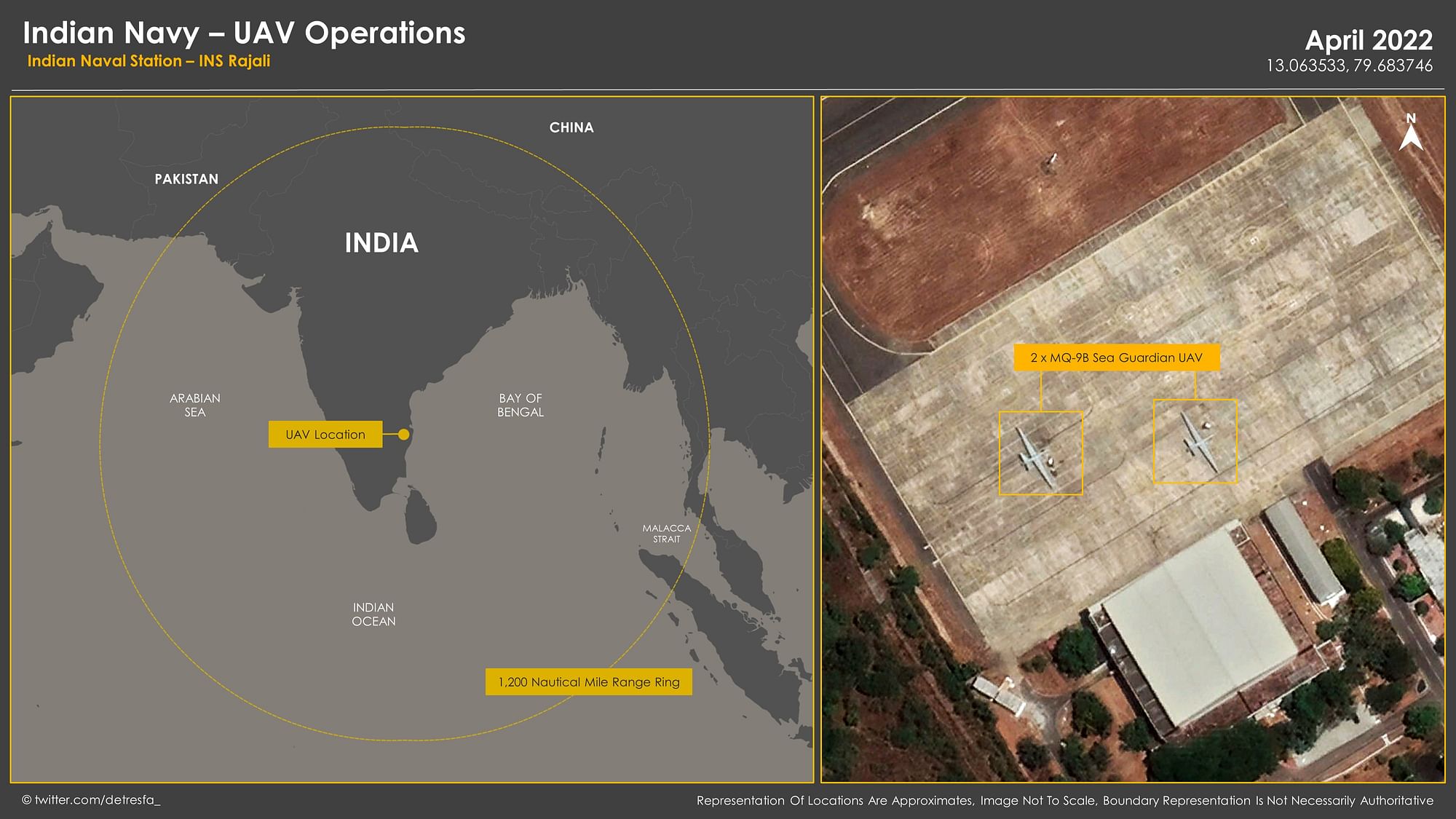 The drones were leased at the peak of the tensions between India and China in eastern Ladakh and arrived at INS Rajali sometime in November 2020.

In a recent interview, Vice Admiral MS Pawar, who was serving as the Deputy Chief of the Naval Staff when India leased the drone, said that the Navy was able to complete the leasing process in 37 days.

The lease of the two non-weaponised drones came in the midst of India’s plans to procure up to 30 weaponised versions of the Sea Guardian drones from the US to bolster the Navy’s overall surveillance capabilities in the Indian Ocean amid an increase in Chinese presence in the region.

“The maritime variant of MQ-9B, SeaGuardian, can be configured with cross-domain capabilities for a vast range of maritime surveillance operations, including Anti-Surface Warfare, Anti-Submarine Warfare and Search and Rescue,” maker General Atomics says on its website.

In September 2020, the Narendra Modi government had unveiled a new defence acquisition procedure under which the three services were permitted to lease military equipment, hardware and platforms like helicopters, simulators and transport planes and UAVs, among others.

India’s New Stealth Drone Has An Eye On China

Autonomous Flying Wing Technology Demonstrator; What You Should Know

Can the Taliban Actually Prevent Attacks Launched From Afghan Soil? – The Diplomat