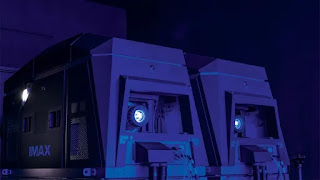 (Variety) Imax and Major Cineplex, Thailand’s biggest cinema operator, have struck a deal for three Imax With Laser installations in capital city Bangkok. The agreement will expand the Imax screen total in Thailand to seven.

Two of the three installations are upgrades in central Bangkok locations. One is at the relatively new Icon Cineconic at high end shopping mall Iconsiam. The upgrade will be fitted before the venue is used for the CineAsia exhibition and distribution industry convention in December.

The other upgrade is at Siam Paragon, where Major’s Paragon Cineplex is currently one of the largest and most visited multiplexes in the country.

The third screen is a new build at the Mega Cineplex, an existing multiplex at the huge Mega Bang Na retail and entertainment complex in Eastern Bangkok, between the city center and Suvarnabhumi Airport.

“I look forward to experiencing the latest blockbuster films in one of the most immersive, high-quality theater systems around. With the continuous evolution of Thailand’s film market, the premium movie experience represented by Imax has become a driving force to attract audiences back to the box office and support the industry’s post-pandemic recovery,” said Major Cineplex CEO Vicha Poolvaraluck in a prepared statement.

“From our increasing number of screens to growing box office returns, Thailand is an emerging market for Imax and this agreement marks a big step forward in capturing the opportunity at hand,” said Rich Gelfond, CEO of Imax.

IMAX, which is headquartered in New York, Toronto, and Los Angeles, counted 1,683 Imax theater systems (1,599 commercial multiplexes, 12 commercial destinations, 72 institutional) in operation in 87 countries and territories, as of December 2021.