Prime Minister Narendra Modi addressed the 90th episode of his monthly radio programme, Mann Ki Baat at 11 am on Sunday 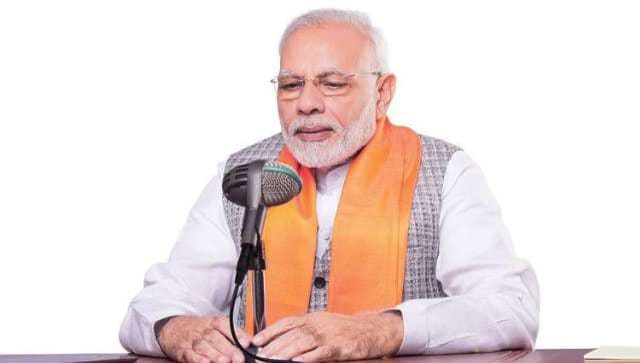 Prime Minister Narendra Modi addressed the 90th episode of his monthly radio programme, Mann Ki Baat at 11 am on Sunday. The prime minister expressed his happiness over the inputs for this month’s Mann Ki Baat. A few days back, Modi had urged people share ideas for the programme either on the MyGov or NaMo applications.

Here are the top highlights of today’s episode:

Speaking on the Emergency era, Saturday marked its 47th anniversary, the prime minister lauded those who resisted the Emergency and said that it was the democratic mindset that eventually prevailed. He asked people to remember it while they celebrate Azadi ka Amrit Mahotsav this year.

During the Emergency imposed in 1975 attempts were made to “crush democracy” in India, Modi said, adding that it is difficult to find another such example in the world where people defeated a “dictatorial mindset” through democratic means.

“During the Emergency, all rights were snatched away. Among these rights was the right to life and personal liberty guaranteed under Article 21 of the Constitution. At that time, attempts were made to crush democracy in India, the country’s courts, every constitutional institution, press, everything was brought under control,” Modi said.

He said censorship was so stringent that nothing could be published without approval. “I remember, when famous singer Kishore Kumar ji refused to praise the government, he was banned, he was not allowed on radio,” the prime minister said.

Despite several attempts, thousands of arrests and atrocities on millions, the faith of Indians in democracy could not be shaken, he asserted.

Achievements of the people of India

The prime minister encouraged the citizens to get the precaution dose as cases continued to surge across the country. He reiterated that safety measures, such as wearing of masks, washing hands etc must be practiced.

In the 89th episode, the prime minister expressed his pride that the number of Unicorns in the country has reached the hundred mark. Modi had said the total valuation of these Unicorns is more than 330 billion dollars, which amounts to more than 25 lakh crore rupees.

PM Modi said 44 Unicorns came up last year and 14 more were formed in three to four months this year. He stated that even during the pandemic, Indian start-ups have been creating wealth and value. The average annual growth rate of Indian Unicorns is more than those of the US, the UK and many other countries.

Mann Ki Baat is an Indian radio programme hosted by Prime Minister Narendra Modi in which he addresses the people of the nation on the last Sunday of every month.

Meanwhile, Modi on Sunday departed for Germany to attend the G7 Summit, scheduled from 26-27 June, where he will hold meetings with G7 and guest countries and exchange views on contemporary issues. He  will also travel to UAE.