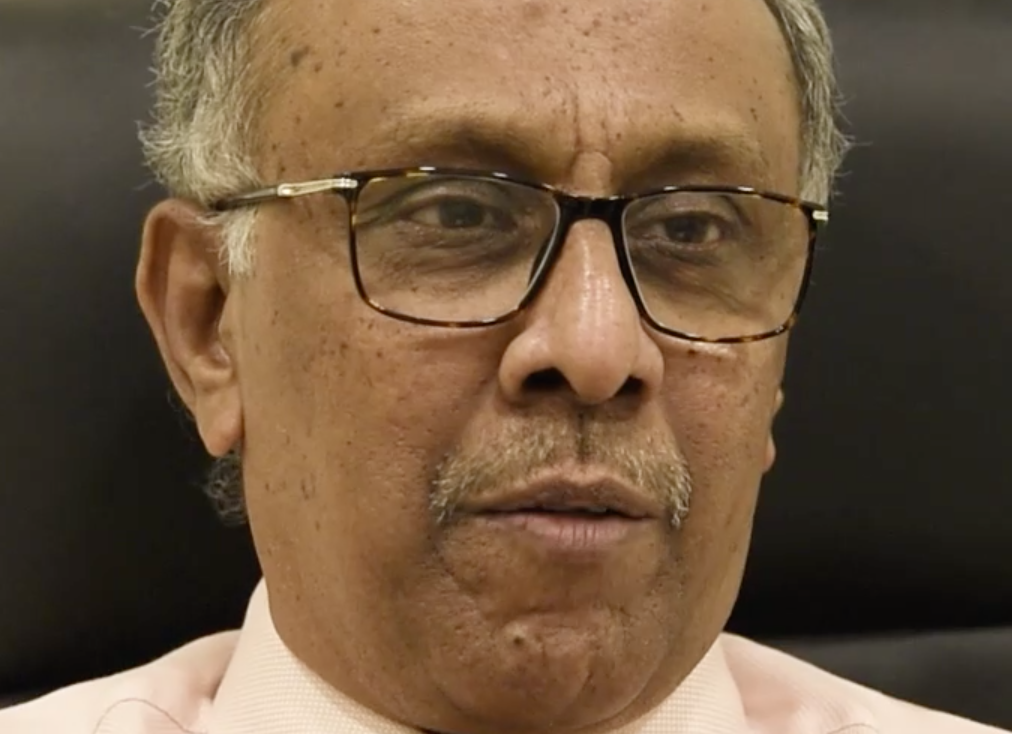 Diabetes and OSA
It’s a well-known fact that diabetes mellitus is a very common disorder in India, especially Indians are highly prone. Awareness about diabetes is very high in our population, but unfortunately the same thing is not true for other conditions like obstructive sleep apnea. It is an evolving field in India, though it’s quite well established in our scientific field, but very few are aware of that.

The topic for today is the relationship between OSA and diabetes mellitus. Of course, both are related to each other; directly or indirectly. OSA is a clinical condition that is more common in obese people, clinical condition where there is obstruction to the airflow due to the laxity of the air passages resulting in their collapse. So, that results in heavy snoring, breathing disorders while the patient is sleeping. Since it happens only during sleep, it’s called obstructive sleep apnoea. As a consequence, there are a lot of changes that happen because of the poor quality of sleep which these people develop. Diabetes mellitus cannot produce obstructive sleep apnoea, but obstructive sleep apnoea can produce diabetes mellitus. In the sense, they have seen diabetes developing in a non-diabetic person, in a pre-diabetic person and worsening of diabetes in a diabetes, pre-existing diabetes with development of OSA. Whereas diabetes except in some rare forms in the late stages of diabetic neuropathy where the nerves are damaged, there the respiratory muscles and nerves can get affected and that can produce some form of sleep disorder breathing. So, diabetes is not a risk factor for OSA, but OSA is a risk factor for diabetes mellitus.

Obesity and OSA
Obesity is very common in OSA. Majority of the people with OSA, obstructive sleep apnoea are obese. In fact, there is a major risk factor cause for the reason, I mean the reason for them to develop OSA also. Of course, there are rare incidences where thin persons can also develop OSA due to some abnormality in the respiratory passages, so obesity which is very common in OSA can be also seen in diabetics. Well in Western population majority of the diabetic populations are obese, 85-90%, 90% type 2 diabetics are obese, whereas in India it might not be so. We have lot of normal rate of thin diabetics. So, among the OSA patients diabetes is there about 60-70% developed, have diabetes, whereas in diabetes mellitus maybe 2 or 3% of the people develop OSA. OSA should be looked for in every diabetic, especially not only if they are obese, even if they are not obese also .

OSA diagnosis and management
When we see a diabetic, we look at cardiac function, kidney function, then look at the eyes, we look at the nerves, like that it has now become mandatory to even look for OSA, suspect OSA and ask the leading questions. If the patient has got some evidence or suggestions favouring OSA, then he must be investigated. Investigation is not difficult, it can be done in the cities. Fortunately, we have access to home care testing. So, it can be done once the diabetes diagnosis is established, we have to treat OSA completely because untreated OSA worsens diabetes.

If the patient is non-diabetic also he can develop hyperglycaemia. OSA produces a lot of changes in the glucose metabolism, so there may be raise in sugar even in a normal person. More so if the patient is a pre-diabetic or a vulnerable persons like ones who have strong family history, they are on the borderline diabetics, whom now we call them as prediabetics, they are more vulnerable for, to get converted into a regular diabetic. Among the known diabetics, OSA can worsen the symptoms. it can worsen the complication. If they have diabetic neuropathy, kidney damage in diabetes that is elevated manyfold if they continue to have untreated OSA. Cardiac functions are worsened, neurological complications are worsened, so the converse of that if you treat OSA successfully, effectively, just simple CPAP machine at the bedtime makes tremendous change in their diabetic control. Many of them have a very good control of diabetes and requiring reduction in their medicines within a month or two. We have been struggling to control their sugar for months together, weeks together and raising their doses from base to higher levels and soon after OSA is corrected, you will see the sugar is dropping and their insulin requirement is dropping, their tablet requirement is dropping significantly. Not only the medication, even the complication rate is much less.

OSA diagnosis
The only way risk of OSA can be reduced is by diagnosing it. We feel that these majority of the patients with OSA are not diagnosed because in most of the cases they are not even suspected. The physician awareness should increase and they must start checking people, suspecting an OSA in almost all diabetics, not only diabetics, hypertensives and cardiac patients. In any given day practice, we come across several patients who are obese and we have to suspect OSA in them, ask some leading questions and there are some sleep evaluation questionnaire on sleep scale. If there is a high suspicion, you must investigate to confirm or rule out OSA.

OSA management
By far the most effective treatment for OSA is non-drug therapy. There are no simple medical, I mean medicine solutions for OSA. The best treatment and the first-line treatment should be CPAP, Continuous Positive Airway Pressure, we call it CPAP. It’s a device which delivers air under pressure. There is no medicine, nothing. Same atmospheric air is delivered under pressure to air passages. The idea is to send the air under pressure, so that the airways don’t collapse. Their problem comes because the airways either at the back of the nose or in the throat, or in the mouth, the air passages collapse and they become very narrow producing loud snoring sound. This prevents that and the breathing becomes easy, airflow between the up and down airflow from the lungs increases, improves. So, that helps them and nothing else is needed for the majority of the patients. And they can see then benefit within a week of using the machine.

CPAP is the best option. However, other options are there, like improved versions CPAP like BiPAP, bilevel, people who cannot tolerate CPAP or who wear the CPAP is not adequate, or they require a very high pressures, then the technicians will recommend them BiPAP. The difference is in CPAP the airway pressures are continuous at same, fixed levels. It is 10 centimetre means 10 centimetre for breathing in and breathing out, whereas in BiPAP you can set separately for breathing in and separately for breathing out. You can keep like 10+5 like that, whereas we decide according to the patient’s requirement. Now apart from these two, we have two other options; one is surgical option, if they find anatomically correctable air passages, they can do. There are varieties of surgical techniques available, but fortunately they have to be limited only for very severe cases, non-responders to machine and thing. 99% of the people do not require any surgical evaluation, majority of them can manage without that.

Drug therapy, there is no specific drug. Only drug that may be some uses, these people feel very sleepy, they sleep off in the daytime while working and while in the office, so we have some drugs which keep them alert, which prevents the sleepiness. Other than that Modafinil is there, but the drugs do not help in OSA as per se. Only they minimise the sleepiness in the daytime. So the mainstay of treatment is still CPAP device.