New Delhi, November 28. Defence Minister Rajnath Singh held the 4thIndia-France Annual Defence Dialogue with Minister of Armed Forces of the French Republic Mr Sebastien Lecornu in New Delhi on November 28. The meeting was held in a very cordial atmosphere. A wide range of bilateral, regional, defence and defence industrial cooperation issues were discussed in the dialogue.

The Ministers reviewed the ongoing military-to-military cooperation which has increased substantially in the recent years. They discussed means to strengthen maritime cooperation and increase the scope and complexity of bilateral exercises. They noted with satisfaction that India and France recently held their bilateral Air Exercise ‘Garuda’ at Air Force Station, Jodhpur successfully. 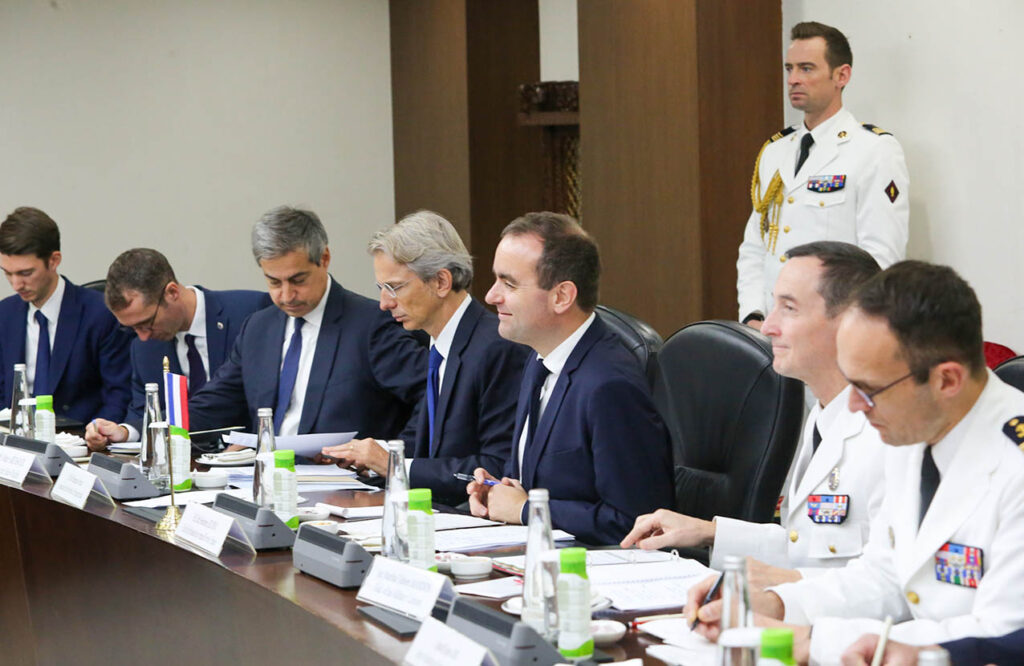 During the dialogue, one of the key areas of discussion was defence industrial cooperation with a focus on ‘Make in India’. Future collaborations and potential co-production opportunities were discussed. The Ministers agreed that the technical groups from both the countries should meet early next year and take the key cooperation issues forward.

The Ministers recognised their convergences on number of strategic & defence issues and shared the commitment to work together on enhancing cooperation in bilateral, regional and multilateral fora, with a focus on the Indo-Pacific region. France is the current chair of Indian Ocean Commission (IOC) and Indian Scan Naval Symposium (IONS) and both countries cooperate closely in these fora.

As part of his visit to India, Mr Sebastien Lecornu yesterday made a day-long trip to Headquarters, Southern Naval Command and visited India’s first indigenous aircraft carrier INS Vikrant. The French Minister of Armed Forces stated that he was highly impressed with INS Vikrant. France is one of India’s most trusted strategic partners and both countries look forward to celebrating 25 years of their strategic partnership in 2023.