BJP sets the agenda for its national executive meet tomorrow 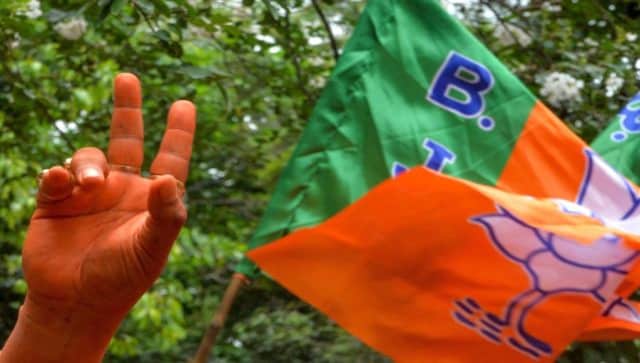 The Bharatiya Janata Party (BJP) will hold its national executive meeting on Sunday in Delhi, which will see the attendance of leaders such as Prime Minister Narendra Modi, Home Minister Amit Shah and party president J P Nadda.

According to BJP general secretary Arun Singh, 124 national executive members will attend the meeting physically while the members based in various states, including chief ministers, will join it virtually in line with the COVID-19

Here’s all you need to know about this key meeting and why it assumes significance.

Who’s who at the meet

The newly revamped national executive committee of the BJP will meet for the first time since 2019 and it comes just weeks before the upcoming state assembly elections are notified.

BJP Rajya Sabha MP and national head of the party’s media cell Anil Baluni was quoted by The Quint as saying that the meeting is scheduled from 10 am to 3 pm on Sunday and will see senior leaders such as Narendra Modi, Amit Shah, Rajnath Singh and JP Nadda attending.

News agency PTI has reported that Nadda will deliver the inaugural address.

Moreover, the party will also pass a condolence message for COVID-19

Agenda of the meet

The meeting is being held in the backdrop of the party’s performance in the recently-concluded bypolls. While it did well in Assam and Madhya Pradesh, it lost all three assembly and one Lok Sabha seats in Himachal Pradesh and was decimated by the TMC in West Bengal.

The meeting will also deliberate the five Assembly polls — Uttar Pradesh, Uttarakhand, Manipur, Goa and Punjab, that are scheduled for early 2022.

Besides these issues, the party is also likely to, according to a report in News18, pass a political resolution congratulating the Narendra Modi government for all its achievements in the last seven years, including congratulating the prime minister and his government for administering over 100 crore vaccinations doses in India — the largest vaccination drive in the world.

Sunday’s meet will also take up the Har Ghar Dastak programme in which the government aims to administer vaccines to the doorsteps of those who can’t come to vaccination centres.

Prime Minister Narendra Modi will end the meet with a speech in which he shall outline the roadmap for the party’s future and how it could further nation-building.

At the venue of the national executive meeting, the party will also hold exhibitions about the Modi government’s “Aatmanirbhar Bharat” programmes and pro-poor measures like providing free grains to the poor and the COVID vaccination exercise.

The last meeting of the BJP national executive took place at Delhi’s Ramlila Maidan in January 2019.