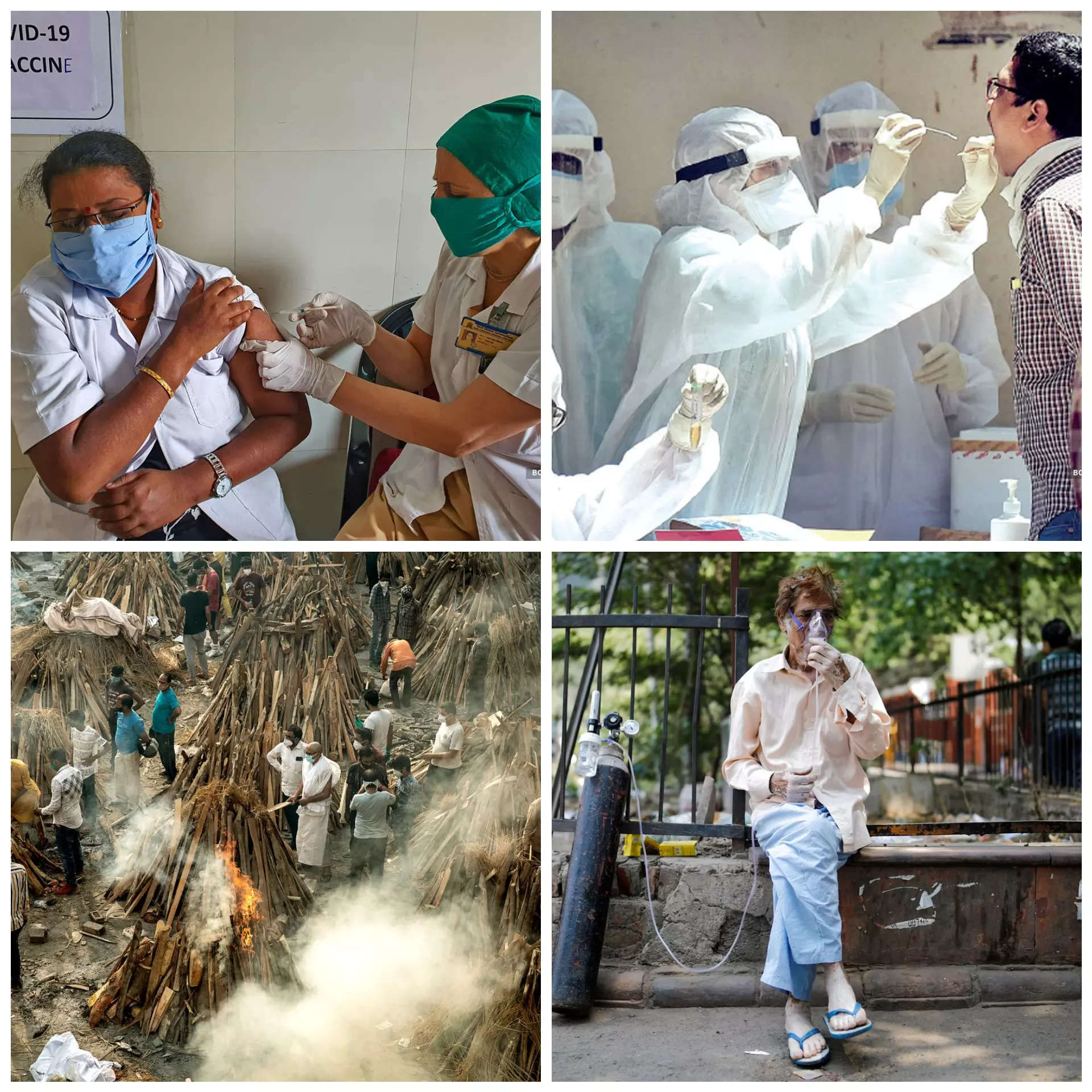 New Delhi : Horrifying scenes of people gasping for breath still lay afresh as some call it the worst time India’s healthcare had ever witnessed. The devastating COVID second wave had taken everyone aback with the fear of who might be the next victim to fall prey to the deadly Delta variant. If we rewind 2021 we get reminded of visuals of hospitals overwhelmed, 100 percent of ICU beds being occupied, oxygen shortage prevalent across the country, medical supplies saturated and to the nation’s horror, crematorium grounds had no more space to bury the ones lost to the pandemic.

Second wave of COVID in India that struck the country in the months April-May this year resulted in not only the highest daily cases being recorded worldwide, but also the highest deaths that any country had ever witnessed in a day. Daily cases crossed 4,00,000 while daily deaths too were on to set their record crossing 6,000 on the deadliest day ever recorded.

The shortage of Oxygen was visible with people gasping for breath across the country. The oxygen demand increased nearly 10-folds during the second wave in comparison to that needed during the first wave. Many news reports recorded that one person died every four minutes in the national capital New Delhi, with similar stats being drawn from other regions in the country.

The positivity rate measuring the spread of the virus in a community had crossed 18 percent during the peak of the second wave. To draw a comparison, the positivity rate has crossed one in some states in the country today, which have made governments place restrictions across the country. While the plateau of COVID cases eventually flattened for India too, as it was bound to take a lot of time to recover from the impact that it had on both physical and mental health of India’s citizens.

Light at the end of tunnel: World’s fastest vaccination campaign

India began its vaccination journey on January 16, 2021 with the inoculation of healthcare workers. Two vaccines, Serum Institute of India’s (SII) Covishield and Bharat Biotech’s Covaxin, were deployed for the task to vaccinate the world’s second largest population. It was driven in phase-wise manner; first opened for healthcare workers on January 16, Frontline workers on February 2, senior citizens above 60 from March, age 45 and above from April 1 and finally opening it to all above 18 from May 1. This phase-wise vaccination will soon be expanded to children aged 15-18 years from January 3, 2022.

There were major milestones recorded in India’s vaccination coverage apart from it being the fastest in the world. Many states like Himachal Pradesh, Goa and very recently, national capital Delhi have covered its entire population with the first dose of vaccine. Today, Over 90 per cent of the population (84.16 Crore) has received the first dose of COVID vaccination while 63.5 per cent (59.67 Crore) have been fully vaccinated according to the health ministry’s data.

Another milestone recorded in the nation’s immunization journey was the historic 100-crore vaccination mark that India hit on 21st October 2021, becoming only the second country in the world to achieve this mark. Record 2.15 Crore jabs were administered in a single day on September 17, setting vaccination records worldwide.

India kept on adding COVID vaccines to its arsenal after approving Covishield and Covaxin, DGCI on April 13 granted approval to Russia’s Sputnik V vaccine and very recently has added Corbevax and Covovax to the vaccination campaign. Indian vaccines have been approved in many countries across the world; feather in the cap however came with the World Health Organisation (WHO) granting Emergency Use Authorisation to the indigenously produced Covaxin on November 3. India now also has 13 Indian pharmaceutical companies that will be manufacturing Covid Antiviral pill Molnupiravir.

The Indian healthcare system had to face challenges like never before this year during the record-setting second COVID wave. One positive outcome from the otherwise devastating second wave is that the country is better prepared to tackle any emergency situation that it might face in the future. As Omicron fears looms over the world, it is imperative to follow all possible measures to avert any emergency situation in the future. With the ending of an eventful year, it’s time to hope that India has a healthier tomorrow with affordable, accessible and quality healthcare.