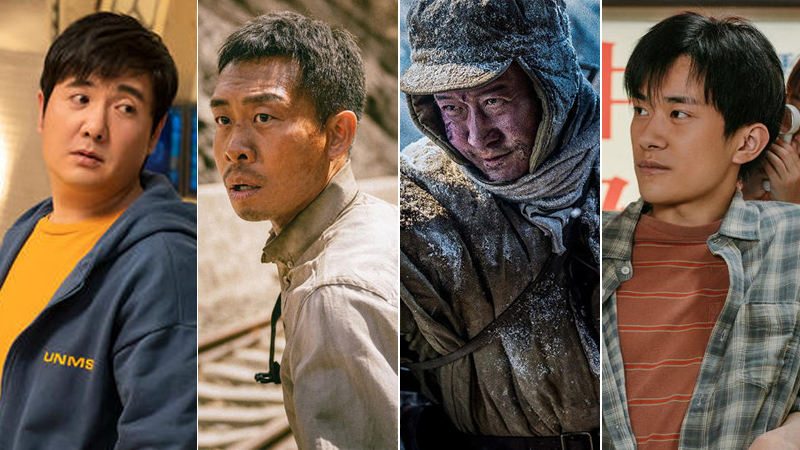 (China Daily) The Chinese film market saw a revenue of 30.07 billion yuan ($4.49 billion) nationwide from some 712 million strong audiences, of which domestic films raked in 25.51 billion yuan, accounting for roughly 85 percent of the total box office, according to China Movie Data Information Network.
This year’s market saw an array of hot-blooded homegrown blockbusters, ranging from war epic The Battle at Lake Changjin II, extra-terrestrial comedy Moon Man, to stories of diplomats, Home Coming, which garnered over 1.36 million yuan ($188 million) at the box office just three weeks after its release.
Geographically speaking, viewers in South China’s Guangdong, East China’s Jiangsu and East China’s Zhejiang provinces contributed the most to the market share, whereas cities of Shanghai, Beijing and Guangdong ranked top three in total ticket sales.
The proportion of female ticket buyers nationwide reached 56 percent, a rise of 3 percent from last year and an increase for two consecutive years, according to a report released by Lighthouse Research Institute, an Alibaba’s research institute studying the film market. In 2022, per capita viewing frequency was 2.0 times and 40 percent of the audience saw films more than once. However, the proportion of ticket sales in first-tier cities fell by 2 percent from last year, although in third- and fourth-tier cities they exceeded 40 percent for the first time.
Here are the top 10 films at the box office in 2022. 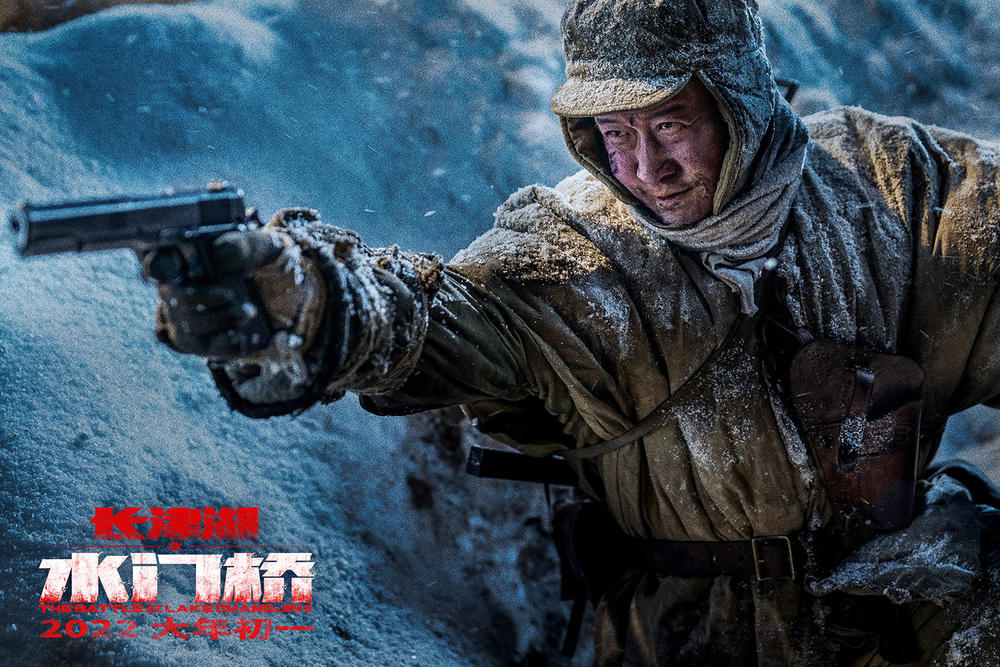 1. The Battle at Lake Changjin II
Release date: Feb 1, 2022
Box office: 4.07 billion yuan ($607.20 million)
The sequel to China’s all-time highest-grossing blockbuster, The Battle at Lake Changjin II raked in 4.07 billion yuan at the box office in 2022, topping the list of top grossing films in China in 2022.
Retelling a lesser-known yet extremely brutal mission that almost changed history during the War to Resist US Aggression and Aid Korea (1950-53), the sequel – with the Mandarin title Shuimen Qiao (Water Gate Bridge) – recounts how Chinese People’s Volunteer soldiers endured the bitter cold and sacrificed to demolish the titular bridge near the Funchilin Pass – then a very important route – to cut US force’ withdrawal to the 38th Parallel. 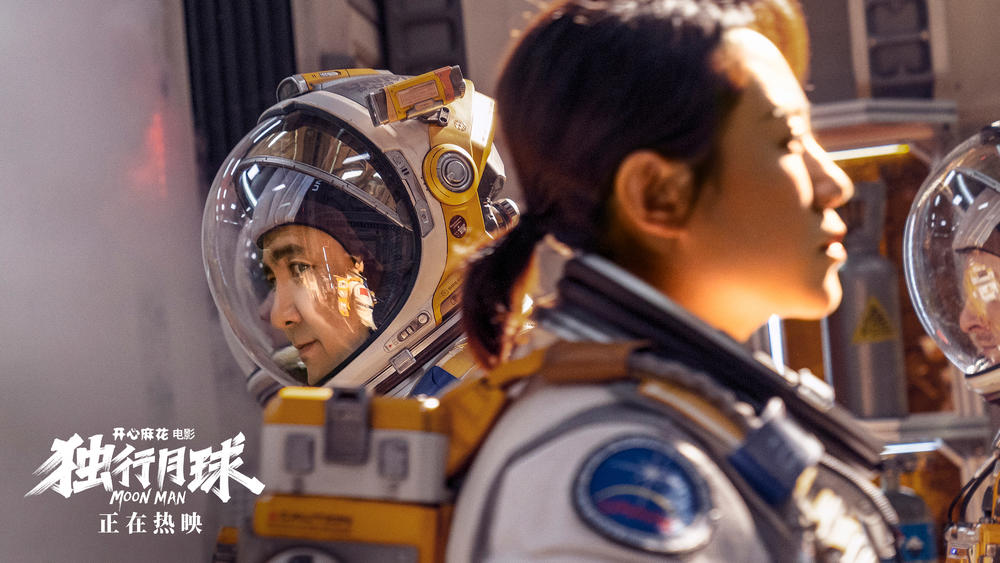 2. Moon Man
Release date: July 29, 2022
Box office: 3.10 billion yuan ($463.28 million)
Dugu Yue, a spacecraft maintenance man, is unintentionally left on the moon after the evacuation of the crew of Lunar Shield, a moon-based project aiming to rescue the Earth from an asteroid strike but ending up in failure due to an unpredicted issue.
Witnessing the catastrophic hit from the moon, Dugu believes the Earth is completely destroyed and he’s the last human in this universe. However, little does he know that the surviving humankind, including the crew’s leader, a woman who Dugu has had a secret crush on for eight years, are all watching his every move from the Earth. 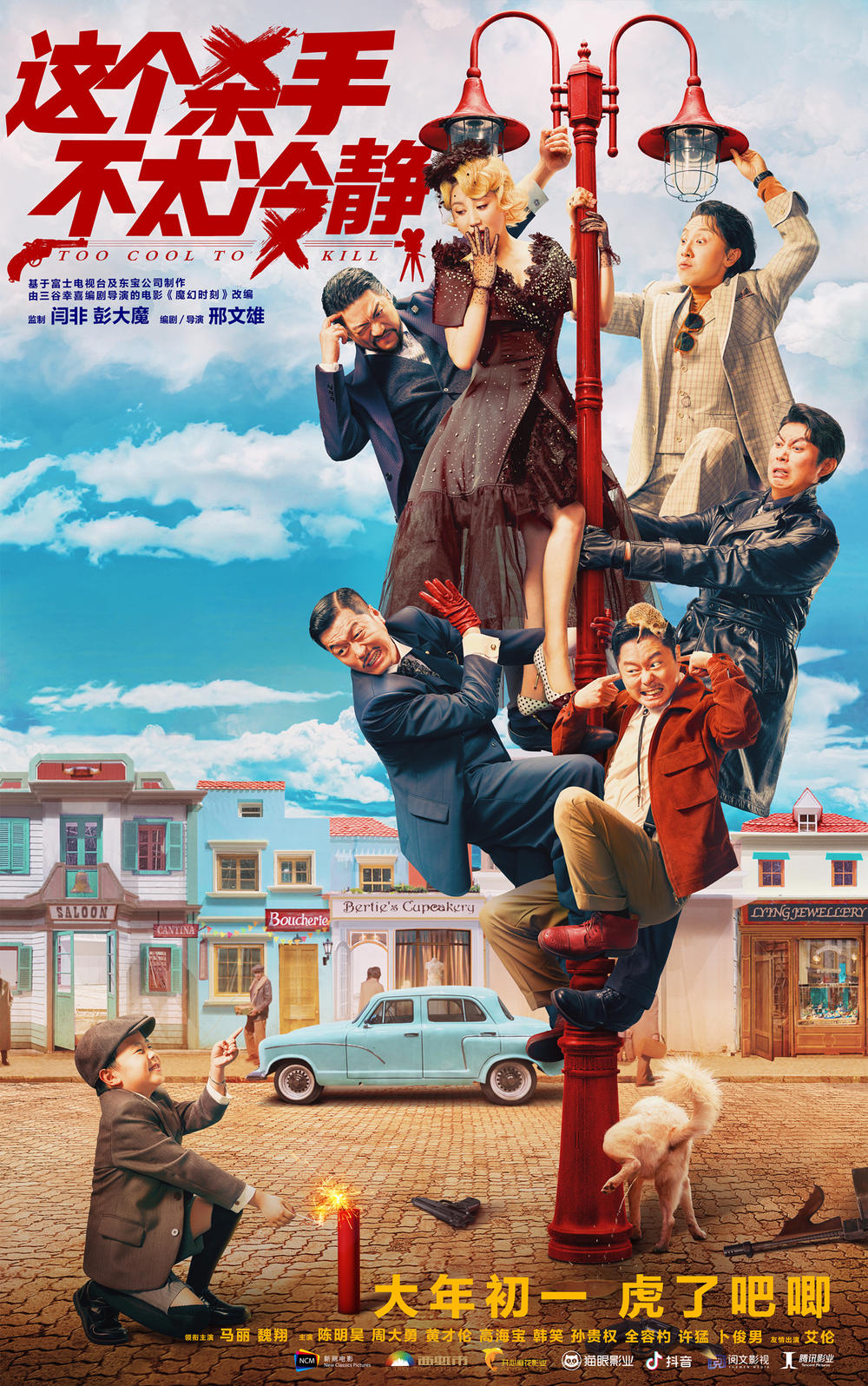 3. Too Cool To Kill
Release date: Feb 1, 2022
Box office: 2.63 billion yuan ($392.66 million)
Wei Chenggong, a nameless extra actor, believes it’s finally his turn to shine when he was “given the opportunity to play the role” of the male protagonist, Carl the killer. Little does he know that he has become a killer in real life, albeit accidentally. Sincere and deceptive, how will Wei deal with the absurdity of life? What will he encounter in the course of his “performance”? 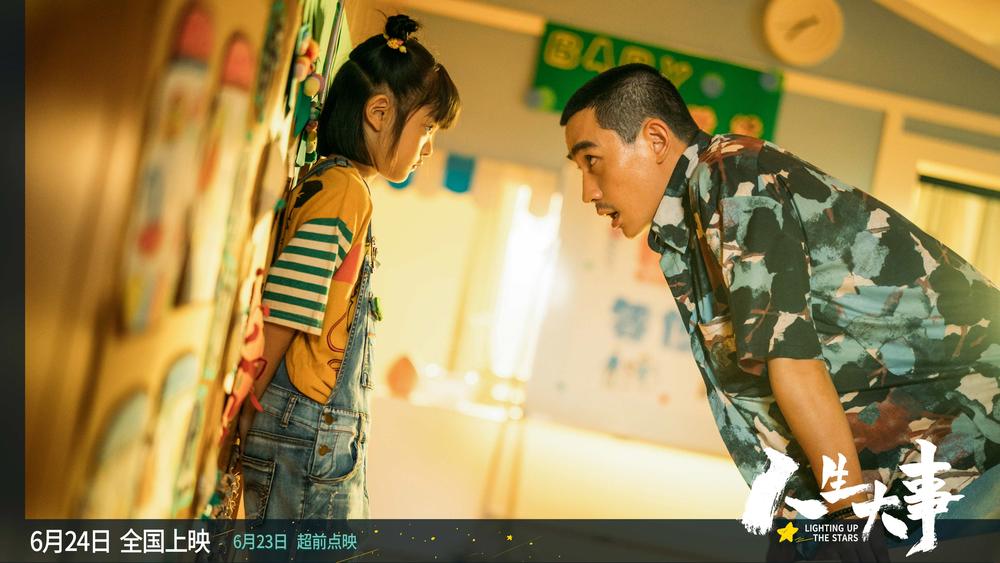 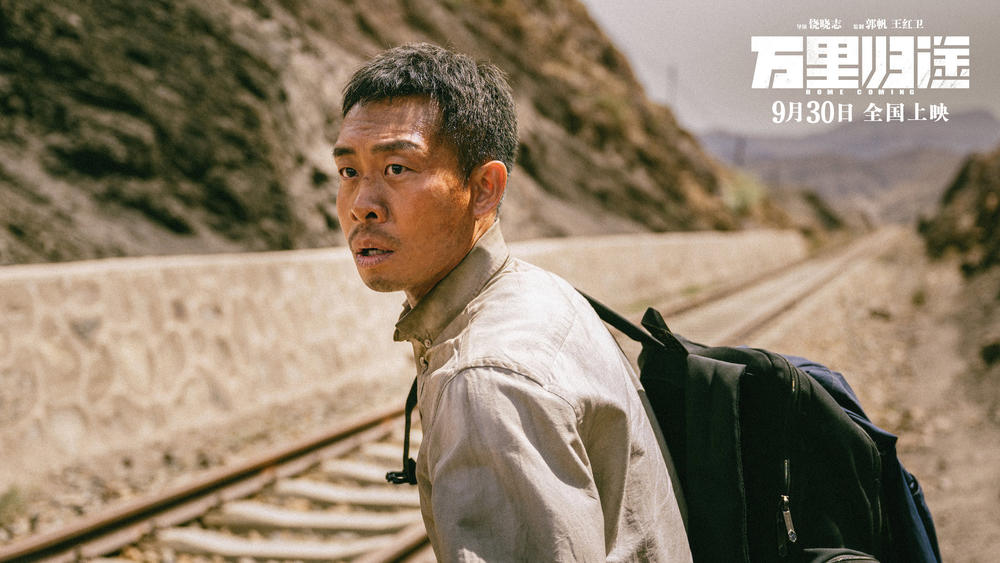 5. Home Coming
Release date: Sept 30, 2022
Box office: 1.59 billion yuan ($237.39 million)
As the latest big-budget movie to retell China’s effort to evacuate nationals overseas from turmoil, Home Coming soared as a runaway hit to top the box office charts during the National Day holiday, indicating the potential of patriotic movies in the domestic market, according to some industry insiders.
The 137-minute movie, adapted from an actual event in Libya in 2011, depicts what happened behind the scenes during the evacuation of Chinese diplomats from a fictitious country. 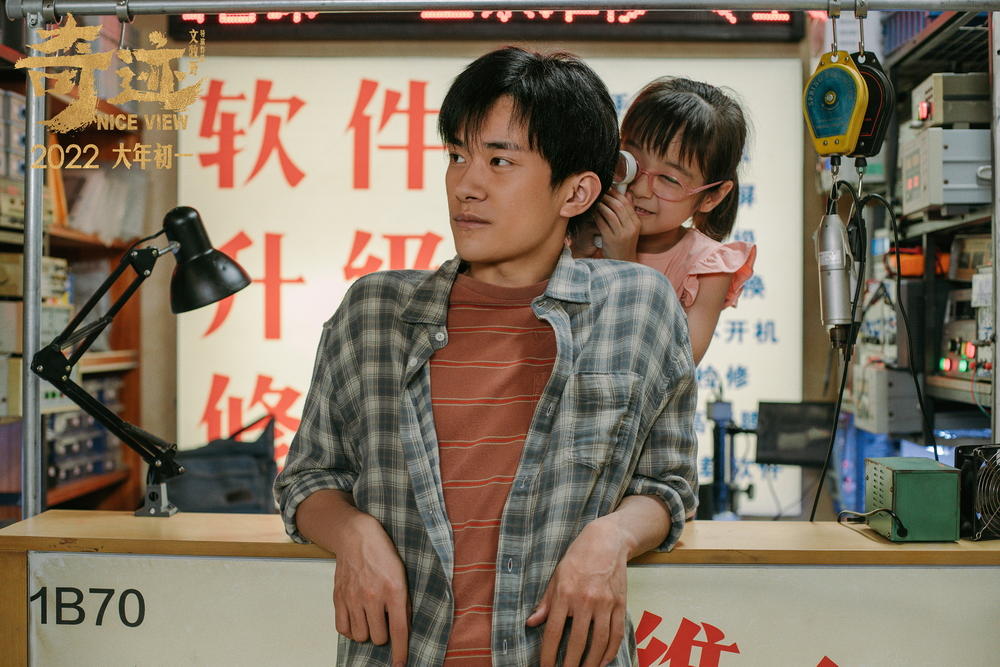 6. Nice View
Release date: Feb 1, 2022
Box office: 1.38 billion yuan ($206.03 million)
Jing Hao, 20, comes to Shenzhen to live with his young sister. By coincidence, Jing is offered an opportunity to work, which he takes gladly to provide a better life for himself and his sister, but things don’t go as he planned. However, with perseverance, Jing fights tenaciously and pens his own business miracle. 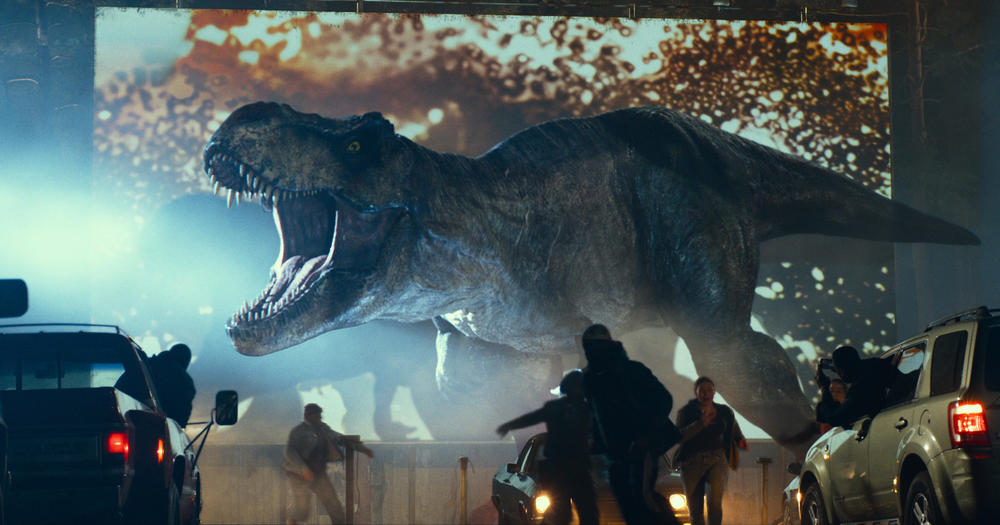 7. Jurassic World Dominion
Release date: June 10, 2022
Box office: $1.06 billion ($158.26 million)
The Hollywood movie marks the finale and the sixth installment of the dinosaur-centric franchise created by filmmaker Steven Spielberg around 30 years ago, with the old trilogy titled Jurassic Park (1993-2001) and the new reboot Jurassic World (2015 until now).
Taking place four years after the destruction of Isla Nublar, the fictional island where the genetically engineered dinosaurs are kept for the franchise’s theme park, the latest outing finds the surviving dinosaurs now roaming all over the world, forcing the major characters to join hands to re-establish the balance between nature and humans.

8. Boonie Bears: Back to Earth
Release date: Feb 1, 2022
Box office: 977 million yuan ($145.87 million)
In Boonie Bears: Back to Earth, the two iconic bear siblings embark on a new adventure after the younger brother accidentally acquires a mysterious power from a cube-shaped object that fall from the space, resulting in the two anthropomorphic heroes teaming up with their foe-turned friend, a bald-headed lumberjack, to face off an aggressive alien as well as an evil army equipped with high-tech weapons.

9. Avatar: The Way of Water
Release date: Dec 16, 2022
Box office: 769 million yuan ($114.81 million)
The new story picks up more than a decade from the end of the first tale as Jake Sully faces a new threat from human invaders on Pandora. To protect his family and avoid bringing harm to his forest-dwelling clan, Jake embarks on a journey and encounters an oceanic Na’vi tribe, a species of whale-like creatures. 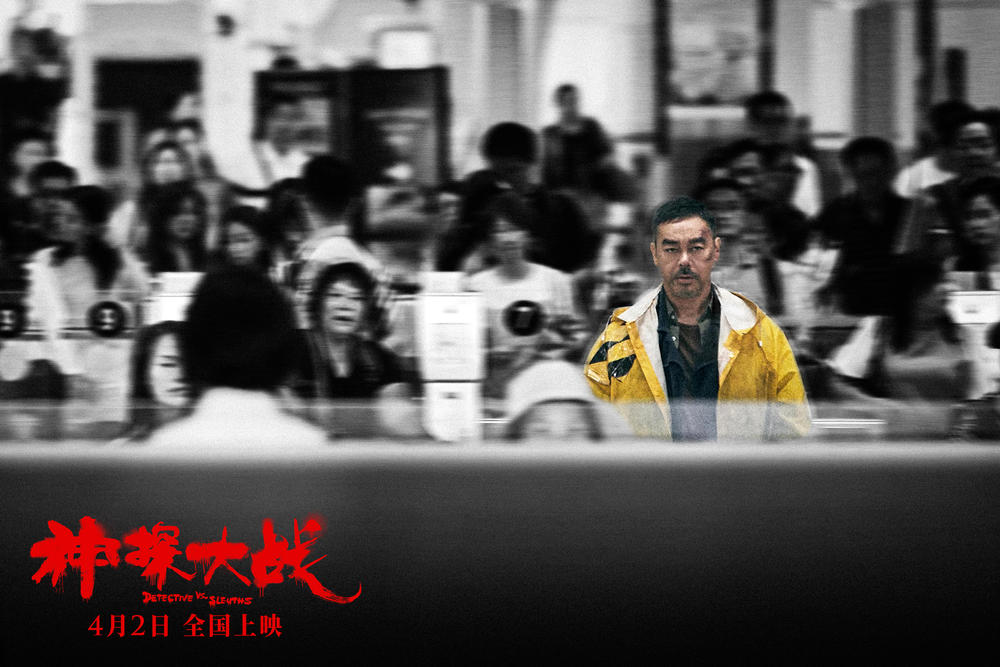 10. Detective VS. Sleuths
Release date: July 8, 2022
Box office: 712 million yuan ($106.30 million)
From serial homicides to lynching law enforcement, a group of gangs known as “detectives” has committed a series of serious crimes in Hong Kong. Li Jun, known as the “psychopathic detective”, breaks into the crime scene alone to find the murderer. A detective couple, who both work in the crime squad, also hunts down criminals in a race against killing. Friendships are put on test, and the borderline between good and evil blurred. Who is the real “defective”, and what is the truth behind the death trial?
Source: chinadaily.com.cn | Updated: 2023-01-17 08:34

Spy balloons: what are they and why are they still being used? | China