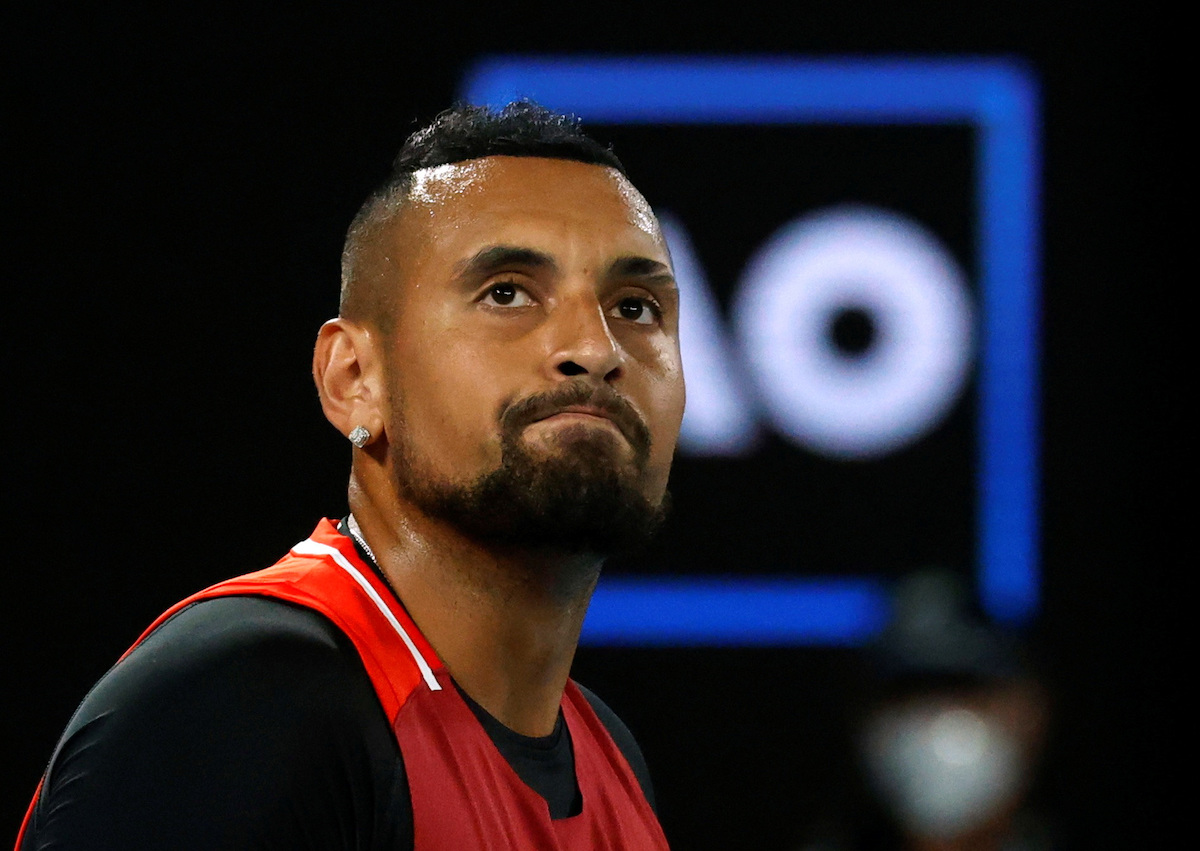 Nick Kyrgios would rather wear all black when competing at Wimbledon instead of adhering to the all-white dress code, with the Australian saying on Sunday that the Championships were out of tune with what looks ‘cool’ on court.

The grass court major is famous for its strict dress code and does not even allow players to wear off-white or cream, while the measuring tape comes out to ensure the trim of colour on necklines or sleeves are no wider than a centimetre.

“I always want to wear all black, obviously,” Kyrgios said with a smile at a news conference ahead of his first round match with British wildcard Paul Jubb.

“But I don’t think it’s something that’s going to change, I don’t know.

“I think it would be cool to allow, like, a black headband or black sweatband. I think it would look cool. Obviously Wimbledon doesn’t really care what looks cool… I don’t think it will ever change.”

But the prestige associated with Wimbledon was still enough to lure Kyrgios to compete despite the lack of ranking points this year due to the ban on Russian and Belarusian players.

The decision essentially reduced Wimbledon to an exhibition event but the major’s organisers are also dishing out record prize money to the tune of 40.3 million pounds ($49.42 million).

Kyrgios, who said he did not agree with the ban as the sport’s number one ranked Daniil Medvedev would not be playing, added that he did not pick tournaments based on the ranking points on offer.

“As a kid, when I watched Wimbledon, when I wanted to play it, I wasn’t thinking about ranking points. I was thinking about playing in the most prestigious tournament in the world. That’s all I’m here for,” he said.

“There’s people that are (saying) ‘I’m not going to play Wimbledon because of ranking points. I’m going to go play a challenger that week’.

“When I’m sitting with my kids in the future, I’m not going to be proud to say I played a challenger instead of Wimbledon. I will choose to play Wimbledon every day of the week.”