Why is Maharashtra facing massive power cuts? Why is Mumbai spared?

A rise in electricity demand and coal shortage has left Maharashtra with no choice but to impose load shedding in the state. Some parts of Nashik and Marathwada will have no electricity for up to eight hours 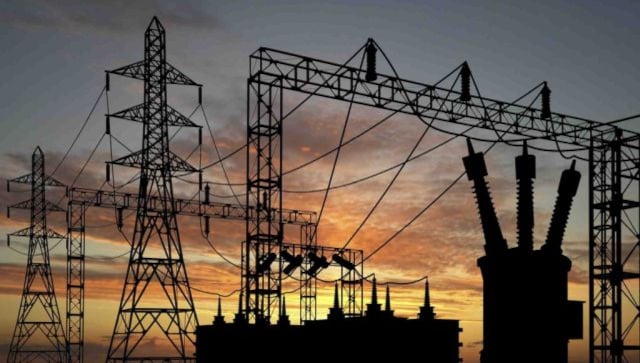 Mumbai and neighbouring Thane and Navi Mumbai will not face power cuts, as these areas have lower power distribution losses and good recovery of bill payment. PTI

Maharashtra is staring at compulsory power cuts even as summer becomes unbearable.

Load shedding will be carried out both in urban and rural areas in the state, said the Maharashtra State Electricity Distribution Company (MSEDCL), the state-owned power distribution utility that supplies power to most of the state, in a statement.

Why is the state facing a power crisis?

The rise in the heat since February and an increase in requirements from agricultural and industrial consumers have led to a record demand of over 28,000 MW. The MSEDCL is servicing a demand of around 24,800 MW, which is a jump of around 4,000 MW compared to the previous year. This is expected to grow to around 25,500 MW, reports The Hindustan Times (HT) reports.

The shortage of coal is another reason for the power crisis. There is reportedly a demand-supply mismatch. A Business Standard report from February pointed out that both power generation and the non-power sectors claimed that the supply was below optimum levels and Coal India Ltd has been supplying poor quality coal.

This has affected the coal inventories and capacity utilisation at thermal power stations operated by the Maharashtra State Power Generation Company Limited (MahaGenco). As a result, MSEDCL is facing a supply shortage of 6,000 MW from thermal sources, the HT report says.

What’s being done to meet the shortfall?

Efforts to get power from alternative sources are on a war footing. This includes availing 673 MW from the National Thermal Power Corporation Limited until June 25.

To address the power shortage, the Maharashtra Cabinet on 9 April approved the purchase of 760 MW of power from Coastal Gujarat Power, a subsidiary of Tata Power. Of this 410 MW will be supplied from Tuesday midnight.

For the first time, the irrigation department has given an additional quota of water from the Koyna hydroelectric project in western Maharashtra that will help the state generate an additional 1000 MW, reports The Indian Express.

State energy minister Nitin Raut told the cabinet on Friday that efforts are being taken to avoid load-shedding but the power demand has risen due to the summer heat.

“Bear a little pain,” the minister reportedly said on Monday.

Which parts of Maharashtra will face load shedding?

Vidharbha, Marathwada, and Khandesh will face load shedding. Many parts of rural Nashik, Ahmednagar, and parts of Marathwada including Aurangabad are already facing power cuts. In some places, there will be no electricity for up to eight hours.

Why Mumbai, and Pune are spared?

MSEDLC said that Mumbai and neighbouring Thane and Navi Mumbai will not be affected, as these areas have lower power distribution losses and good recovery of bill payment.

Pune is also unlikely to face load shedding because of higher recovery of power dues.

However, Kalyan, on the outskirts of Mumbai, will not the spared because of frequent power thefts, power distribution losses, and poor recovery of bills.

Which other states are facing a similar problem?

The situation is grave in Andhra Pradesh. It is facing power cuts for up to six hours. However, the state government has said that the crisis is “temporary”.

Restrictions on the use of power are expected to continue in the state until 22 April.

'Spirituality is a science, neither mythology nor religion'