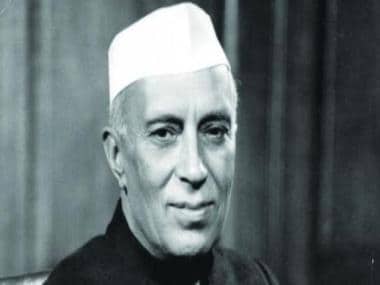 A New India needs a revision of its history. Similarly, it needs to examine the tropes in popular entertainment and culture that seek to promote hatred of Hinduism and its alleged caste divisions.

For the early decades since Independence, pandering to the minority vote-banks by the Congress was squarely responsible for this. Later it became something of a template as regional parties poached the Congress’ support.

And then there was the commitment to socialism, though it proved disastrous for economic growth. Nevertheless, academia was put to work to cast Indian history and economics in a Marxist mould.

For cinema and digital streaming, space to project the current government and its policies as communal is undemocratic. A Hindu nationalist government that has been voted in with large majorities is not ergo determined to subvert the Constitution. It may well change certain clauses, as prime minister Indira Gandhi did. This is how a great anomaly, the special status of Jammu and Kashmir, originally introduced without debate as a temporary measure, was set right. A living Constitution needs amendment from time to time. The trouble is, what is good for the goose, is not readily granted to the gander.

So what does a new aatmanirbhar India need from the historical narrative and from popular culture? First and foremost, there is a need to evolve and accept a homegrown and grassroots Indian-ness.

Marxism is not an Indian concept. Neither is a fraudulent form of secularism. Ditto aping British practice, whether in Parliament or in the judiciary.

The other is to reach back. Beyond the advent of the British and the Islamic rulers, to find our historical identity amongst the many great Hindu dynasties and seers. To glory in our ancient cultural, scientific and spiritual excellence. To drop the Macaulayism that has enslaved our minds.

A new-found interest both among Indians and foreigners in Hindu Studies, Diwali, Yoga, the great epics of the Ramayana, the Mahabharata, the Upanishads, Puranas, indeed Sanatan Dharma, is now apparent. Many are starting to realise the living management lessons that can be derived from the Bhagavad Gita.

India is now a reformist powerhouse for others to emulate. It is becoming a substantial defence and armaments manufacturer. The stupendous response with vaccines and vaccination has been noted by the whole world. Its increasing export footprint is taking on the relocation of supply chains from China. India’s diplomacy is resulting in dramatic new alignments. It has the greatest growth statistics in the world post-Covid. The startups and unicorns populating the stock market are a case in point. There is nothing derivative in it. This is homegrown dynamism.

Contrast this situation at the end of 2021 with how it all began. The need to revise the Independence narrative too. When Jawaharlal Nehru wrote his Discovery of India, he was lodged in a comfortable palace-turned-jail as a Class 1 political prisoner.

His British jailers called him ‘Sir’, he could take his constitutional chukkers around the property, receive vetted visitors, and was served his meals. He saw himself as the first prime minister of independent India in waiting.

This no doubt infuriated Mohammad Ali Jinnah, a fellow Lincoln’s Inn lawyer and loyal Congressman at the time. But then, Jinnah did not have the backing of Nehru’s fellow prisoner Mohandas Karamchand Gandhi, often hailed as a Mahatma, as Nehru was called a Pandit by the press of the day.

Nehru had a room with a window, curtains, a bed, not a pallet. There was a sofa and a side table. It was not a cell with bars, he wasn’t locked in, though there were sentries. There were no leg irons and solitary confinement. Nehru was never sent to the Cellular Jail in the Andamans that Veer Savarkar had to endure.

India had about half of its landmass under the princely states then, and the rest had many geographical, linguistic, religious and cultural variations. It seemed vital to Nehru, in the context of his times, that India could not have any divisive ideas of its own. He was lucky indeed to have Sardar Vallabhbhai Patel by his side. That this lofty vision was first cut asunder by Partition caused by his lust for power, and then steadily subverted by himself as prime minister is the story of his The Idea Of India.

Pandering to the minorities at the expense of the majority is the original sin of independent India, or, is it the low growth of Fabian Socialism?

Nehru’s Congress successors consolidated this distorted ideology, holding the voter in contempt, till, at last, there were upheavals. The first of them came in the 70s with Jayaprakash Narayan, the Lohiaites and the unstable Opposition coalitions that followed. Then came partial rejection at the end of the 90s with the advent of prime minister Atal Bihari Vajpayee. Last came the resounding rout in 2014.

Churchill began his multi-volume History of the English Speaking Peoples in 1937, ensconced in his ancestral Blenheim Palace.

Churchill’s leadership during World War II  was deservedly lionised. And in this time, as prime minister, he saved Britain from Nazi occupation, principally by begging for and securing American support.

Churchill’s imperialist views made no sense once America became global number one. It forced the dismantling of the British Empire, starting more or less with India, Britain’s Jewel in the Crown.

That Nehru and Gandhi, political moderates, were allegedly in a cosy relationship with the British does not surprise anyone today. That they did not really secure the Independence of India in 1947 is a moot point. They played their part certainly, as did Subhas Chandra Bose. But it was probably American dictation that did the trick. A war-torn and bankrupt Britain was in no position to resist.

The writer is a Delhi-based commentator on political and economic affairs. The views expressed are personal.​

Cambodia Opposition Fractures as Bickering Breaks Into the Open – The Diplomat

For China, Does The Road To Victory Over Taiwan Go Via India?