Who was slain officer Viplav Tripathi 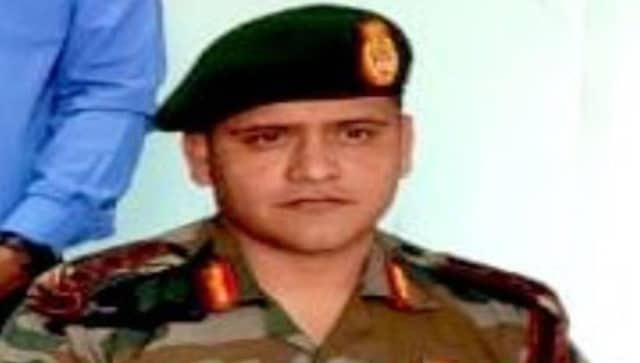 An army officer who worked closely with Colonel Tripathi recalled him as a “josh machine”, who was capable of performing well under stress. News18

In a fresh eruption of militant violence in the border state on Manipur, Viplav Tripathi, the Commanding Officer of Khuga Battalion of Assam Rifles, was killed in an ambush along with his wife and child on Saturday morning. The brutal attack, which reports say has a whiff of pre-hatched conspiracy, has left the nation seething.

But Sunday was a sombre occasion as mortal remains of Colonel Tripathi, his family and four other Assam rifles personnel, who lost their lives were sent to their home towns. The Assam Rifles tweeted their tribute to the slain officer and his family:

Tripathi had gone to a forward camp and was returning when his convoy was ambushed. He had taken his family, wife Anuja (36) and eight-year-old son Abir, to his official posting for the first time. Here’s everything we know about him:

Born on 30 May, 1980, Tripathi went to the Sainik School Rewa (Madhya Pradesh) after finishing Class 5 at a school in Raigarh town. His father, Subhash Tripathi (76) is a senior journalist and editor of the local Hindi daily Dainik Bayar and his mother Asha Tripathi is a retired librarian.

“The entire family had celebrated Diwali this year in Manipur, where Viplav was posted. His parents returned to Raigarh on 6 November,” his maternal uncle Rajesh Patnaik was quoted saying by PTI.

After schooling, Viplav got admission to the National Defence Academy (NDA), Khadakwasla and then joined the Indian Military Academy (IMA), Dehradun. In 2001, he was commissioned as a lieutenant in the Kumaon Regiment in Ranikhet. He later passed a command course from the Defence Service Staff College (DSSC) Wellington.

Tripathi’s grandfather was a freedom fighter, a member of the Constituent Assembly Committee and the first MP from Raigarh-Surguja in 1951. Kishori Mohan Tripathi died in 1994 when Viplav was 14. It was his grandfather who inspired Viplav to don the army uniform, his maternal uncle Rajesh Patnaik told PTI. Viplav was attached to Kishori Mohan, and had even visited the Rashtrapati Bhavan with him when Giani Zail Singh was President, he said.

Tripathi had recently moved to the ChurChang district of Manipur after a successful tenure in Aizawal, Mizoram. He had moved to Khuga Dam near Churachandpur, Manipur in the month of July.

According to a CNN-News18 report, an army officer who had been working closely with Colonel Tripathi recalled him as a “josh machine”, who was capable of performing well under stress, a thorough gentleman and a professional.

“Being the garrison battalion CO, he always displayed positivity throughout and had our complete faith. He was highly dependable and a task given to him could be forgotten because we knew he will handle it,” the officer said.

“I don’t remember seeing him angry ever. He had an ever-smiling face and was an exemplary personality. He was a good soldier, husband and father. His death has put an irreparable dent in the organisation,” the officer added.

Another senior army officer serving in Assam Rifles who also worked with the colonel said the officer was always cheerful and never under stress even in the most difficult of situations. “Being the garrison battalion commander, he was always by my side. My faith in him was unwavering and he never let me down,” he said.

During his tenure in Mizoram, the battalion he led was at the forefront in border management, thwarting illegal smuggling along the Indo-Myanmar Border and the hinterland. In this period, his battalion had also recovered several weapons and war-like stores which could have landed in the hands of anti-national elements, thus avoiding major casualties, said sources in Assam Rifles.

The officer through his remarkable endeavors had bonded closely with the locals of Mizoram. The anti-drug campaign conducted by his battalion in January 2021 received several laurels and praise. The officer played a crucial role in creating awareness across the entire state, including the remote villages of Mizoram to guide the youth in the right direction.

Amazon's Echo speakers get smarter, will now be able to detect people in a room | Technology News