WHO warns Salmonellosis outbreak in US, Europe linked to chocolate products; all you need to know about the disease 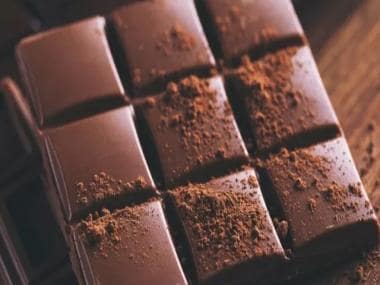 The World Health Organisation on Wednesday said there have been more than 150 suspected cases of Salmonellosis, a bacterial intestinal disease that has affected people across Europe and the United States. This is after UK regulators had flagged a cluster of Salmonella Typhimurium cases a month ago.

WHO said that there have been more than 150 suspected cases of salmonellosis – from Belgium to the US. “At least 113 countries” across Europe and globally have received Kinder products during the period of risk. In a statement, WHO said that the outbreak strain of salmonella is resistant to six types of antibiotics.

While there have been no fatalities associated with the outbreak reported as of 25 April, among the cases with information on symptoms and severity (n=21), a high hospitalisation rate (43%; n=9) was observed.

Israeli food maker Strauss Group on Wednesday expanded its voluntary recall of chocolate products after finding traces of salmonella at its plant in northern Israel, Reuters reported.  Israeli media have reported a number of children and adults have sought medical attention in recent days for suspected salmonella.

The outbreak has been epidemiologically and molecularly linked to chocolate produced in Belgium and distributed globally to over 113 countries and territories across all WHO Regions. While 150 of 151 known cases have been reported in Europe, one case has been reported in the United States of America and there is the likelihood of additional cases being reported from other countries given the broad distribution of the products during the Easter holiday which may lead to increased consumption of the implicated product or transportation of the implicated product to additional locations as a result of holiday-related travel.

So what is this disease and how is it transmitted?

Salmonellosis is a disease caused by Salmonella, a non-typhoidal bacteria. Named after the American veterinarian who helped discover the bacteria, Daniel Elmer Salmon, salmonella often causes mild illness but can be life-threatening in extreme cases.

According to WHO, approximately 2,500 serotypes have been identified, out of which a majority of the human infections are triggered by Typhimurium and Enteritidis serotypes

It is most often transmitted to humans who eat food contaminated with the faeces of an infected animal, according to the US Centers for Disease Control (CDC).

This often happens when people consume raw or undercooked food like meat and eggs, or when people handling food fail to wash their hands.

Whether or not a person contracts salmonellosis, the infection caused by salmonella, depends on the type of bacteria and the quantity consumed.

While an estimated 94 per cent of salmonellosis is transmitted by food, contact with chicks and pet turtles can be a source of infection, the CDC said.

If contaminated foods are distributed widely across borders, they can infect vast numbers of people.

A decade earlier in France, at least 25,000 were infected by a food source that was never identified, according to the Pasteur Institute.

Symptoms usually show up around three days after infection and often include diarrhoea, vomiting, fever and stomach cramps.

A healthy adult normally recovers within a few days but in some cases, an infection can be dangerous or even fatal.

Babies, young children, the elderly, pregnant women or immunocompromised people are the most at risk.

People with severe diarrhoea may need rehydration, the CDC said.

“Antibiotics are not recommended for uncomplicated cases and are only used if the infection spreads or is highly likely to spread from the intestines to the bloodstream and other organs,” it added.

More severe cases of salmonellosis may include a high fever, aches, headaches, lethargy, a rash, blood in the urine or stool, and in some cases may become fatal.

How to avoid it?

To avoid salmonella, everyone should wash their hands before cooking, keep raw foods separated from others, and regularly clean areas where food is handled.

Avoiding eating raw eggs, in foods such as cookie dough and homemade ice cream, is also recommended, according to the Mayo Clinic in the United States.

Washing hands after using the toilet or changing a baby will also help limit transmission.

Most industries have strict rules in place to avoid contamination.