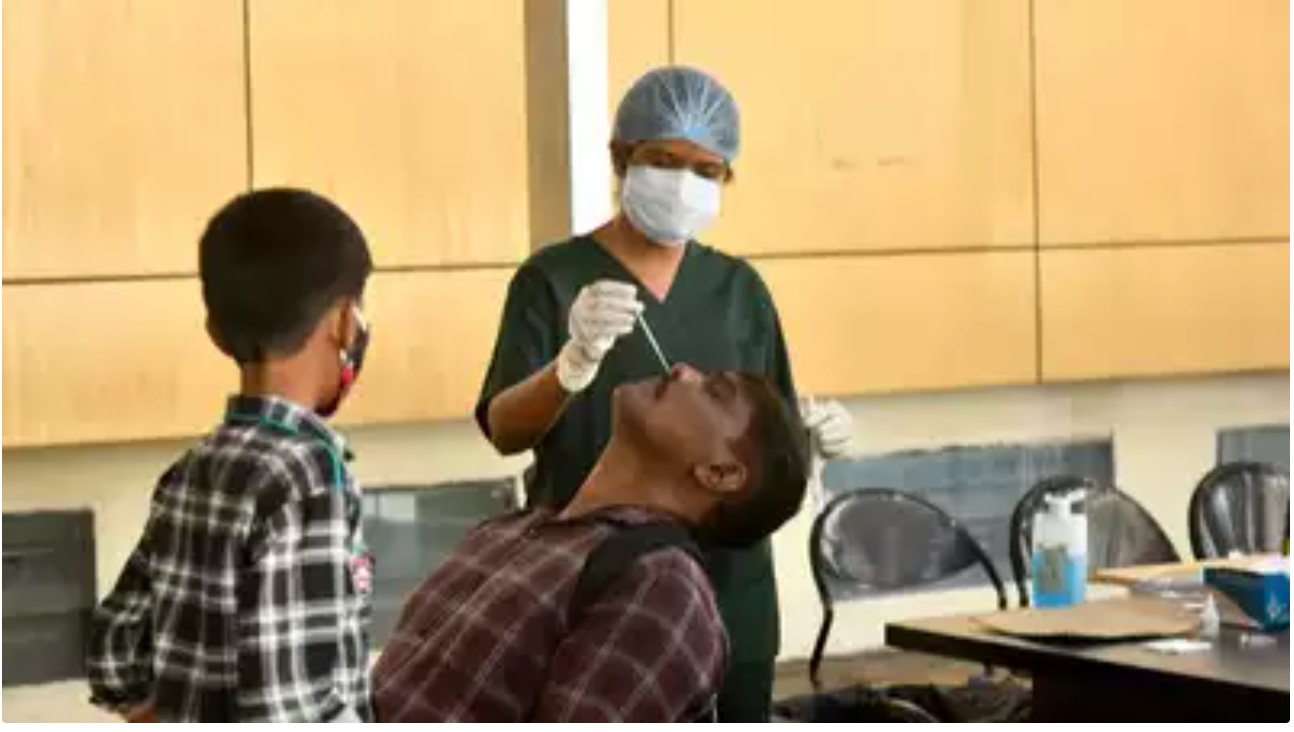 NEW DELHI: Weekly Covid-19 cases continued to decline in the country but the fall was slowing down as the number of fresh cases inched up in Delhi, Haryana and Gujarat while a few other states showed signs of the Covid curve flattening.

However, deaths from the virus continued to fall sharply, with just around 54 fatalities recorded in the week ending Sunday (April 4-10), the lowest weekly toll in over two years since March 23-29, 2020, the week when a national lockdown was announced. Just a single Covid death was reported on Sunday (from Delhi) till late at night, with data from a few more states awaited.

Meanwhile, India reported around 7,100 new cases in the week, the lowest weekly tally in two years since April 6-12, 2020, when the number was below 5,000. Cases were down 15% as compared with the previous week, the lowest drop in weekly numbers since the third wave of the pandemic started receding in late January this year.

Delhi recorded a 26% rise in new cases during the week. The capital logged 943 cases, up from 751 in the previous seven days, reversing a declining trend in infections since the peak of the third wave. With testing numbers down, Delhi has been reporting daily positivity rates of more than 1% in the past several days. Neighbouring Haryana posted a higher rise in cases during the week. New infections were up nearly 50% from 344 in the previous week to 514.

In Gujarat, where daily cases have seen a minor spurt over the past three days, 115 fresh cases were recorded in the week. This was 89% higher than the previous week’s tally of 61. However, in all three states, the overall numbers remain low and the rise in cases could be a result of localised outbreaks.

Elsewhere, the decline in numbers was slowing down in Karnataka, which saw infections fall by 8%, Telangana (down 4%) and Maharashtra (12% decline).

Australian Prime Minister Calls Election for May 21 – The Diplomat