US columnist says Indian food is ‘based on one spice’; Twitter claps back with Padma Lakshmi leading online criticism

Columnist Gene Weingarten later apologised for his column, saying that he should have named a single dish instead of the whole cuisine 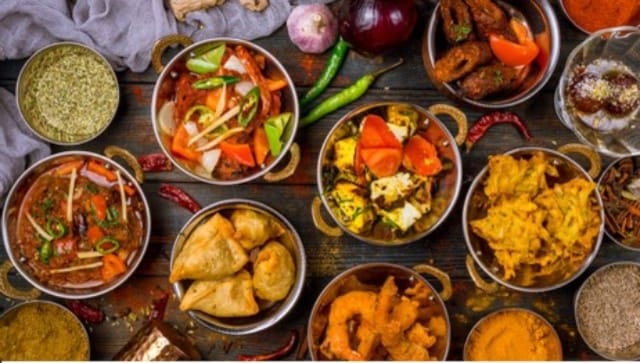 Indians across the world came out in defence of their cuisine on social media after an opinion post in The Washington Post described Indian food as “being based entirely on one spice” and tasting like it “could knock a vulture off a meat wagon”.

The opinion piece, written by Gene Weingarten, the humour columnist of the newspaper, has received widespread criticism from chefs, diplomats, and people of Indian origin. The piece, titled “You can’t make me eat these foods,” was published on 23 August.

The piece argued that Indian food was entirely based on a single spice and if someone like Indian curries, they liked Indian food.

Weingarten was called out by several notable people on social media for his opinion. Many said the writer’s stance was racist in nature. Mindy Kaling said it was weird to be proud of disliking a cuisine.

You don’t like a cuisine? Fine. But it’s so weird to feel defiantly proud of not liking a cuisine. You can quietly not like something too

Former US Attorney for Southern District of New York, Preet Bharara, joked that he would never have dinner with Weingarten.

When he gets what’s coming to him, it will be korma

You *clearly* need an education on spices, flavor, and taste….

I suggest starting with my book “The Encyclopedia of Spices & Herbs”:https://t.co/DARIJ1olqf

Weingarten later acknowledged the criticism he has received. The columnist said that he went to an Indian restaurant after the blowback he received. He said that the food was well-prepared yet still full of “herbs & spices I most despise. I take nothing back”.

Took a lot of blowback for my dislike of Indian food in today’s column so tonight I went to Rasika, DC’s best Indian restaurant. Food was beautifully prepared yet still swimming with the herbs & spices I most despise. I take nothing back. https://t.co/ZSR5SPcwMF

The Washington Post has published an update to the column, saying that the previous article incorrectly stated that that Indian food was “based on one spice, curry,” and that cuisine consisted only of curries, types of stew. It added that the article had been corrected.

Weingarten later apologised for his column, saying that he should have named a single dish instead of the whole cuisine. He apologised for the broad generalisation.

From start to finish plus the illo, the column was about what a whining infantile ignorant d—head I am. I should have named a single Indian dish, not the whole cuisine, & I do see how that broad-brush was insulting. Apologies.(Also, yes, curries are spice blends, not spices.)

Reuters photographer was killed after being left behind in retreat, Afghan general says