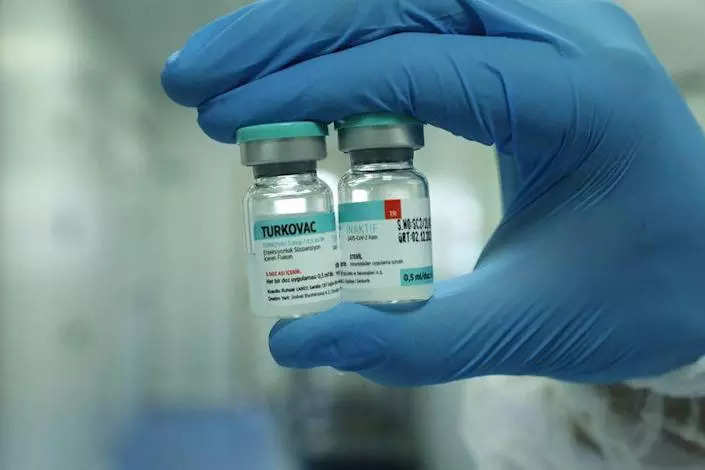 ANKARA: Turkey began administering its domestically developed COVID-19 vaccine, Turkovac, at hospitals across the country on Thursday, amid a rapid surge in infections due to the Omicron variant.

Turkovac received emergency use authorisation from Turkish authorities last week, after its launch was beset by delays for months.

Daily coronavirus cases jumped beyond 30,000 this week for the first time since October. New infections surged 30% on Monday and jumped further to beyond 36,000 on Wednesday, the highest daily figure since April 29.

Health Minister Fahrettin Koca has urged citizens to get their booster shots.

Koca met with the country’s coronavirus science council on Wednesday to discuss the Turkovac rollout and rising infections after receiving a booster shot with the domestic vaccine, but said no new restrictions were being considered for now.

“The faster spread of the Omicron variant is not causing a change in measures. The importance of personal measures against this variant that spreads faster has significantly increased,” Koca said in a statement after the science council meeting.

“Our domestic vaccine Turkovac will begin to be administered at our city hospitals from (Thursday). It is possible to receive the booster shot with our domestic vaccine. No matter what type of vaccine you received before, you can get your booster vaccine with Turkovac,” he added.

President Tayyip Erdogan has repeatedly said his government would make Turkovac available globally, but Ankara has yet to release detailed information about the vaccine’s efficacy rate or results from clinical trials.

US President Joe Biden, Japan’s Kishida Vow To “Push Back” On China