Tough Days Ahead for Pakistan’s Ruling Party – The Diplomat

The Pakistan Tehreek-e-Insaf’s defeat in its traditional stronghold of Khyber Pakhtunkhwa does not bode well for its electoral prospects in other parts of the country. 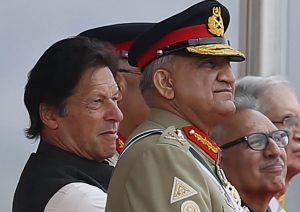 The Pakistan Tehreek-e-Insaf (PTI) has suffered a humiliating defeat in the first phase of elections to local bodies in the Khyber Pakhtunkhwa (KP) province. KP is a traditional stronghold of the PTI and its rout in the province has raised questions about the party’s electoral prospects in other parts of the country.

Following his party’s defeat, Prime Minister Imran Khan claimed that wrong candidate selection was a major cause for the defeat. “From now on I will personally be overseeing PTI’s LG [local government] election strategy in 2nd phase of KP LG elections & LG elections across Pakistan,” he tweeted.

Khan has dissolved the party’s organizational structure and reorganized it to activate it at the grassroots level for the second phase of local body elections in KP and Punjab.

This was the first time since 2018 that the PTI fought an election without the support of the country’s security elite. The elections were relatively fair and the PTI’s defeat raises questions over the party’s ability to win against other political parties without the military’s support.

PTI has been accused of relying on the military leadership to manage its troubles in the past. From handling politics in Punjab to keeping a check on unruly and ambitious political allies, the party has long benefited from the army’s support.

However, Prime Minister Khan’s well-wishers within the national security establishment may not have any appetite left for convincing others around them that supporting his rule is a good idea. The party has failed to govern effectively and appears to have become a liability for its patrons in the military. It does seem that the generals are looking beyond the PTI.

In this regard, the recent controversy over the appointment of the director general Inter-Services Intelligence (DG-ISI) was perhaps an important trigger to the military’s realization that that it was time to open space for other political parties.

Without the military’s support, the prospects of the PTI winning the local government polls in Punjab and elsewhere are bleak. It is important to note here that the PTI has lost most of the by-elections in Punjab over the past three years to the Pakistan Muslim League-Nawaz (PML-N). The recent cantonment board elections in Punjab also saw the ruling party lose to its main political foe in the province.

If the PTI loses to the PML-N in Punjab, which appears likely, it will find it hard to hold its flock together. Across the country, it will suffer internal revolts and divisions heading into general elections in 2023.

One of the reasons for the PTI’s defeat in KP was that many political heavyweights, who remain in the party, didn’t support it. Some of the provincial and national assembly members openly backed the opposition parties and undermined their own party’s candidates.

This trend is reflective of the shifting priorities of the military leadership, which is not interested in intervening on behalf of the ruling party anymore – something that is being recognized by opportunistic politicians across the country.

For instance, in Sindh, a National Assembly member of the PTI has called on the government to hold talks with the Muttahida Qaumi Movement leader Altaf Hussain, who remains banned from the country’s politics. PTI’s Punjab Minister for Prisons, Fayyaz-ul-Hassan Chohan recently visited Liaqat Bagh, the site of Pakistan People’s Party (PPP) leader Benazir Bhutto’s assassination, and directed authorities to complete its repair work, saying that she was a representative of all Pakistanis.

It appears that political leaders who were nudged by the military establishment to join the PTI during the last general election may jump ship in the coming days as the military retracts its support for the ruling party.

If the recent local government elections are any indication of what’s to come, then PTI’s electoral loss in KP is set to extend beyond its traditional stronghold.

Border district that boasts of big names and has bigger problems