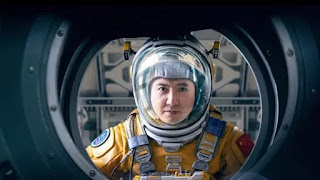 The film, which has collected some $430 million at the Chinese box office to date, tells the story of “the last human in the universe” as an astronaut finds himself stranded on the moon after an asteroid wipes out life on earth. It is directed by Zhang Chiyu, who previously directed 2017 sports comedy hit “Never Say Die.” It was produced by Mahua FunAge, a consistently successful comedy production firm.

Tiger Pictures Entertainment previously handled the worldwide release of another comedy hit film “Hi Mom” in all major markets with a prominent Chinese diaspora, including North America, Australia, Singapore, Malaysia and Cambodia as well Hong Kong and Macau SAR. It will distribute “Moon Man” in these markets, with a U.K. and Russia release to follow.

Producer Zhang Li of FunAge said: “We are delighted that Moon Man will be handled by Tiger Pictures Entertainment who is becoming one of the experts in international sales and distribution of big theatrical titles from China. The movie is now in great hands and we look forward for it reaching millions more audience worldwide through Tiger Pictures Entertainment’s releases.”

Tiger Pictures Entertainment MD Owen Yang added: “We are so happy to work with FunAge on this movie, we hope this Chinese movie will bring joy and hope to the world audience in the pandemic times. Director Zhang Chiyu made an awesome movie that will work with audiences everywhere and we hope everyone will like this movie.”

Other titles previously handled by Tiger Pictures Entertainment include “Be Somebody,” animated hit film “I Am What I Am,” Netflix-acquired hit film “Nice View” and the recent sci-fi family blockbuster “Mozart From Space,” directed by Chen Sicheng (“Detective Chinatown”).