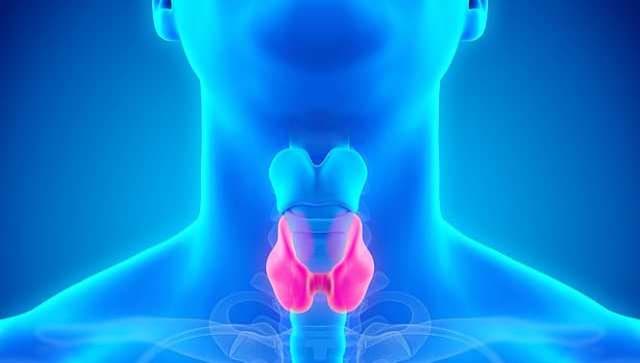 However, there are a group of individuals where anti-thyroid antibodies may be present but these do not always affect the functioning of the thyroid to the extent of derangement but may progress to thyroid dysfunction later.

Subclinical hypothyroidism, also known as mild thyroid failure is seen when TSH levels are above normal and serum-free thyroxine levels are normal with a prevalence of 3-10 per cent in the population without known thyroid disease.

Estimation of thyroid autoantibodies is helpful in the diagnosis of various autoimmune thyroid diseases, although the test interpretation requires caution owing to their variable sensitivities and specificities. The three most commonly measured autoantibodies today are:

Thyroid antibodies are useful to determine whether patients with mild hypothyroidism are likely to get worse over time. Testing for TPO antibodies in patients with a high TSH and a normal T4 may assist in predicting whether hypothyroidism will progress from being subclinical, with no significant or observable symptoms, to more severe and permanent dysfunction. The best marker of progression to overt hypothyroidism is a combination of an elevated TSH level with the presence of thyroid autoantibodies, namely anti-thyroid peroxidase (anti-TPO); positive: >60U/mL). The rate of progression to overt hypothyroidism is estimated to be about 2 to 6 per cent per year.

Regular monitoring of individuals with positive thyroid autoantibodies but a normal TSH level for symptoms of hypothyroidism and to detect any rise in their TSH or cholesterol levels would catch thyroid dysfunction early. Checks can usually be performed every 6-12 months. If the TSH level continues to rise, these patients should be treated, even if the level is at the upper limit of the reference range.

On the other hand, since Tg antibodies are found in numerous other conditions, a positive antibody is not diagnostic of Hashimoto’s thyroiditis. They are present in approximately 50 per cent of Graves’ disease cases, 20 per cent of non-toxic goiter and thyroid cancer cases, and also in normal individuals, especially older females. Another indication for measuring Tg antibodies is to assess the risk of developing autoimmune thyroiditis. Tg antibodies are also found in non-thyroid autoimmune diseases, such as Sjögren’s syndrome, myasthenia gravis, celiac disease, and type 1 diabetes, a finding suggesting that thyroid autoimmunity is more prevalent than actual Hashimoto’s thyroiditis. It is pertinent to note that the titer of Tg antibodies is not indicative of the degree of thyroid dysfunction.

Another important use of Tg antibodies is in the follow-up of patients with differentiated thyroid cancer. Patients are followed by measuring serum Tg levels after thyroidectomy and radioactive iodine ablation. Increased Tg concentrations during follow-up are indicative of tumor recurrence or metastasis as Tg is a tissue-specific protein and is expressed almost exclusively in thyroid cells.

TRAb, i.e. TSH-receptor antibodies are another antibodies that can modulate the function of the thyroid. TSHr-Ab assay is classically used for diagnostic and prognostic testing in Graves’ disease; however, they can also be used in specific settings of chronic autoimmune thyroiditis (CAT) i.e. classical Hashimoto’s thyroiditis and atrophic thyroiditis. The assay is useful in patients with CAT secondary to a known agent, for e.g. after treatment with alemtuzumab for multiple sclerosis. It is highly recommended to evaluate TRAb in patients with thyroid-associated orbitopathy which is not associated with hyperthyroidism.

Thyroid antibody tests may also be used for the following purposes:

Both anti-TPO and anti-Tg tests have additional utility beyond a diagnosis of Graves and Hashimotos, including in special situations, such as diagnostic challenges in patients with nodular goiter and hyperthyroidism, eye disease, and diagnosis and surveillance during pregnancy. For instance, in subclinical hypothyroidism, the antibody tests can be carried out as reflex testing, following a review of the thyroid function tests and the clinical aspects of the patient. Because of these complexities, their estimation is best left to specialists and should not be offered in a routine setting.

The author is Head of Biochemistry, SRL Diagnostics. Views are personal.