There’s a museum in the corridors of Jehan Numa Palace

Tall marble pillars frame photos, automobiles and more, as the Bhopal royals open up their past at the Jehan Numa Palace Hotel

Tall marble pillars frame photos, automobiles and more, as the Bhopal royals open up their past at the Jehan Numa Palace Hotel

Over the years, the Jehan Numa Palace in Bhopal — built on the slopes of the Shyamla Hills in 1890 by General Obaidullah Khan, commander-in-chief of the Bhopal State Force, and the second son of Nawab Sultan Jehan Begum — has worn many garbs. The white marble edifice, which melds British Colonial, Italian Renaissance and Classical Greek architectural styles with facets of Art Deco, was constructed as the general’s office, and then used as his sons’ secretariat. After Independence, it became a government hostel, and later, the offices of the Geological Survey of India.

In 1983, after restoring the five-acre property, the general’s grandsons reopened it as a heritage hotel — its colonnaded corridors showcasing sepia-toned portraits, and the interiors housing rooms, four restaurants, two bars and a spa. Now, the pandemic has given it another facet: a museum, which came together almost like a “jigsaw puzzle”, says Faiz Rashid, director of the Jehan Numa Group of Hotels and a member of the Bhopal royal family. “[Over the last 20-odd months] we tried to come up with innovative ways to nurture hospitality. Because of the time on hand, we started looking at family archives and thought why not share the legacy with the world,” says Rashid. He tells me about putting together memorabilia: artefacts, attire, “lovely letters in Urdu” written to his great grandfather, documents, “invoices of the cars the royal family bought [like a Ford Phantom and a customised Bentley]” — all of which are now on show at the hotel.

“General Obaidullah Khan accompanied his mother, the last begum, on her foreign trips. He was inspired by different architectural styles, and the display is a pictorial history of the hotel’s evolution from the time it was built in the 19th century,” he says. 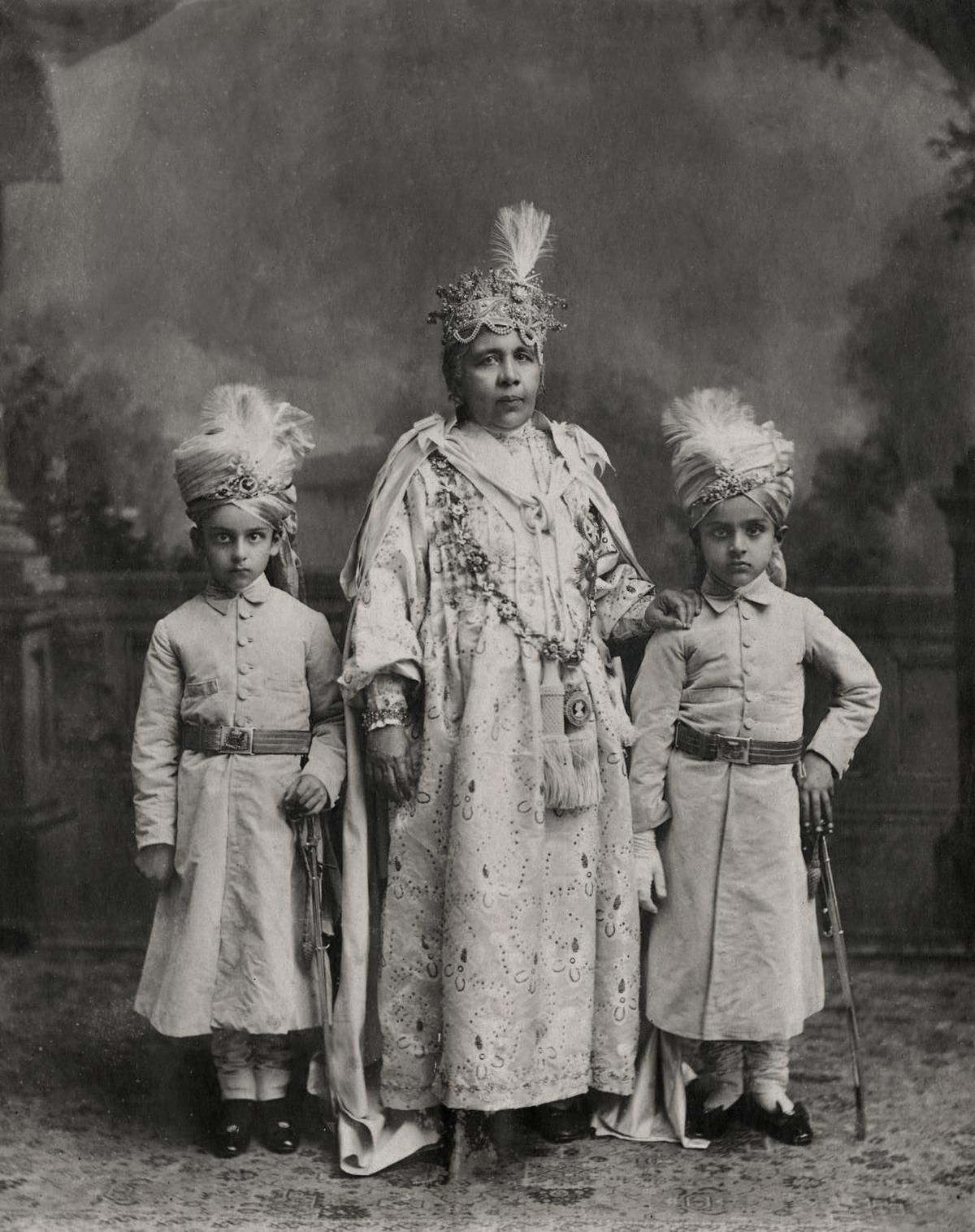 The begum’s photo from the archives

The corridors along the central courtyard, with its famed 100-year-old mango tree, were chosen as the ideal backdrop for the display. I take a virtual tour of the elegantly-framed archives, arranged in clusters on the walls of the chequered black-and-white marble and granite corridors, zooming into the photographs, and taking in glimpses of the life and times of a pre-Independence royalty that was progressive and involved, wealthy but not flamboyant, stylish but never garish.

From letters to thoroughbreds

The family took the help of Joe Alvarez, the well-known jazz singer who has written a coffee-table book on Bhopal, to curate the memorabilia. “We divided them into nine subjects, starting with the four begums, the last nawab, dignitary visits, nawabi sports and the outdoors, and such,” says Alvarez, who has also generated a voice-over, and added a QR code to enable a Walk-In Museum audio guide. He expounds about the images of a thriving stud farm, something that continues till date (a trotting track set up when the hotel opened gives visitors a peek into the royal family’s passion for breeding thoroughbreds), of custom-built automobiles, branded guns and weapons, and official visits by dignitaries. 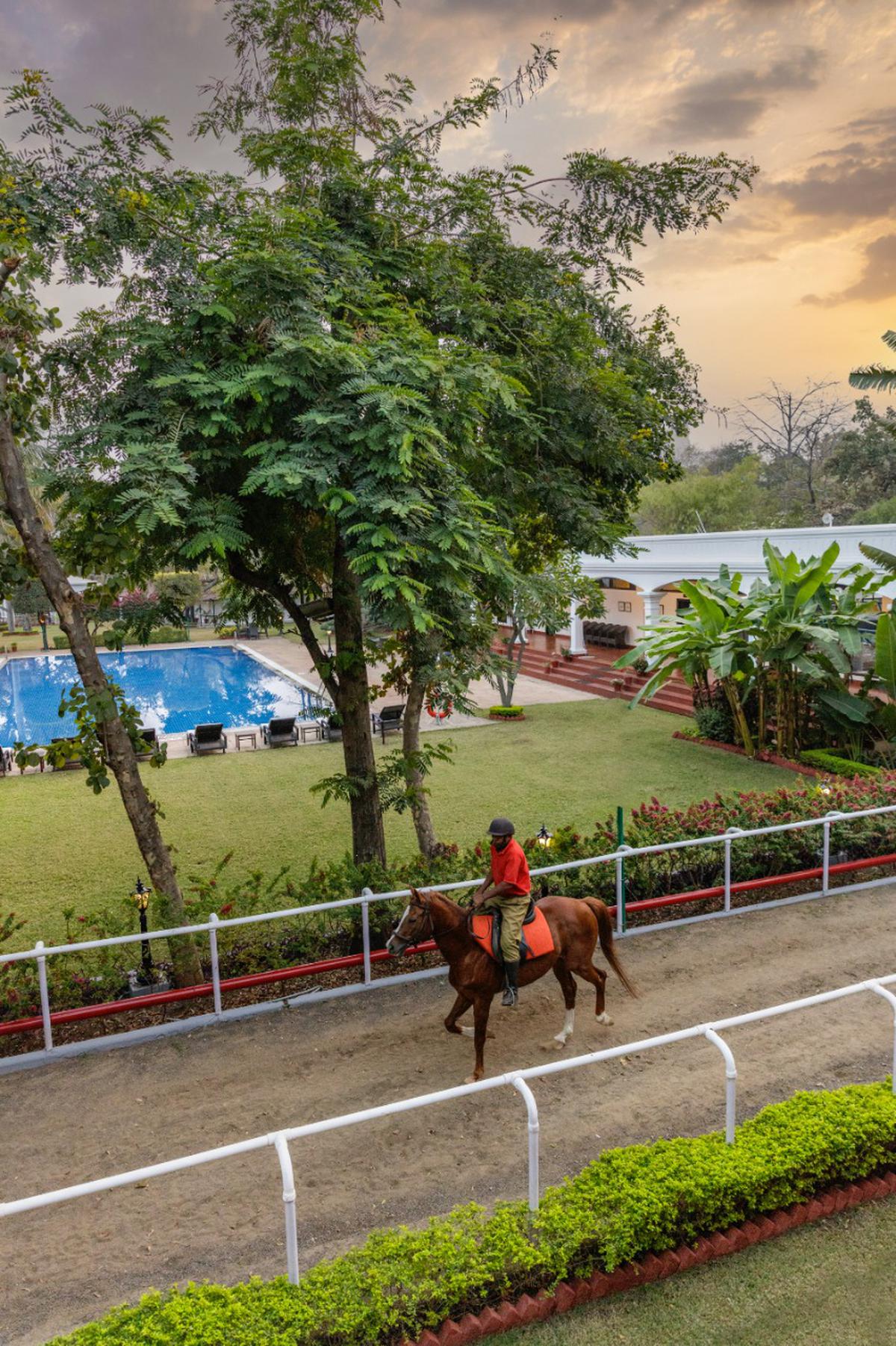 The track at the Jehan Numa Palace Hotel

“The nawab begums of Bhopal were very dynamic and built the city differently from male rulers. They focussed on all areas, from education to women’s empowerment. We realised so much of their contribution — like building hospitals, enhancing the railways, opening schools — while putting this together,” shares Rashid, adding that, in 1889, Shah Jehan Begum funded the construction of Britain’s first purpose-built mosque at Woking. The collection is still evolving as more memorabilia makes its way to them slowly, from the extended family. A plan to restore and display the wedding dresses of the begums is also in the pipeline.

The museum is open to all. Rooms at the hotel are from ₹8,000 onwards. Details: jehannuma.com Another post-pandemic hospitality initiative is Bori Safari Lodge, an eight-room wildlife camp started by Rashid’s brother, Aly, in the Satpura Forest. “When we started the Reni Pani Jungle Lodge [a two-and-a-half hour drive away] in 2009, it was about experiencing the diversity of the forest, with river safaris, walking trails and birding. With the Bori, the tiger comes centre stage,” says the trained naturalist, who has partnered with the state tourism department. 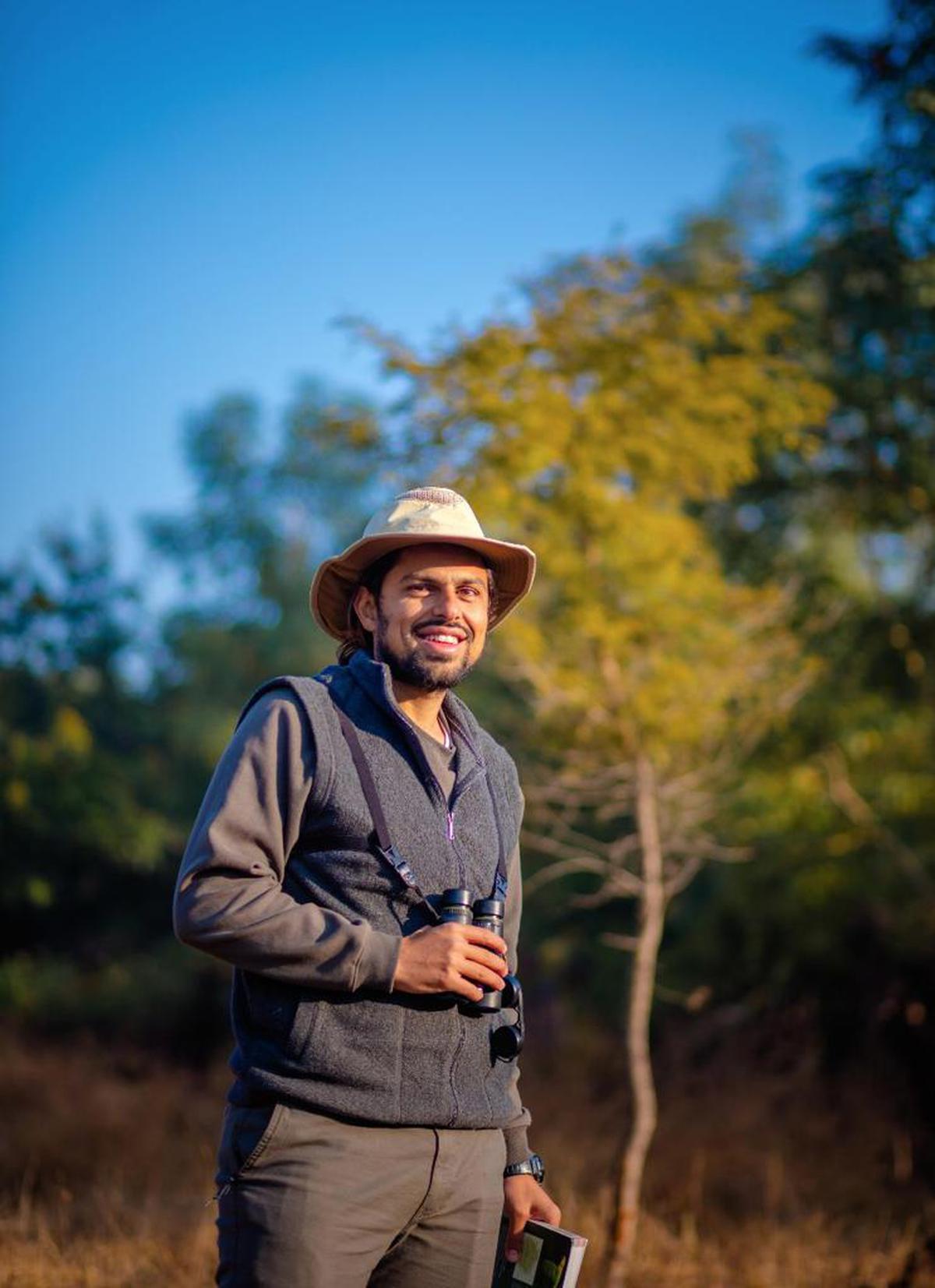 Aly is a trained naturalist

A tiger relocation programme successfully initiated four years ago has revitalised the habitat and the local population. “The tigers have not only flourished, but have actively begun mating.” Aly — who has great memories of spending his childhood in the forests — also leads expeditions to spot snow leopards in Ladakh and seek out the red panda in the Northeast. “This [project] is a means to conserve the landscape. The alternate income for the locals will recharge the community, support conservation, and will help wildlife be seen as an asset.”

Others heritage spots to check out

Brijeshwari Kumari Gohil has “splendid memories” of spending summers at the Bhavnagar royal family’s Gopnath Bungalow, “collecting seashells on the beach and climbing trees with my brother”. Built by her great grandfather, Maharaja Krishnakumar Sinhji, in 1942, the seaside mansion is an hour’s drive from the Nilambagh Palace in Bhavnagar. “The main house had remained pretty much closed and unused,” says Gohil, adding that the family returned to the old haunt during the pandemic and rediscovered its charm and beauty. Now, they are restoring the structure to its old glory and it will open to guests by the middle of March. 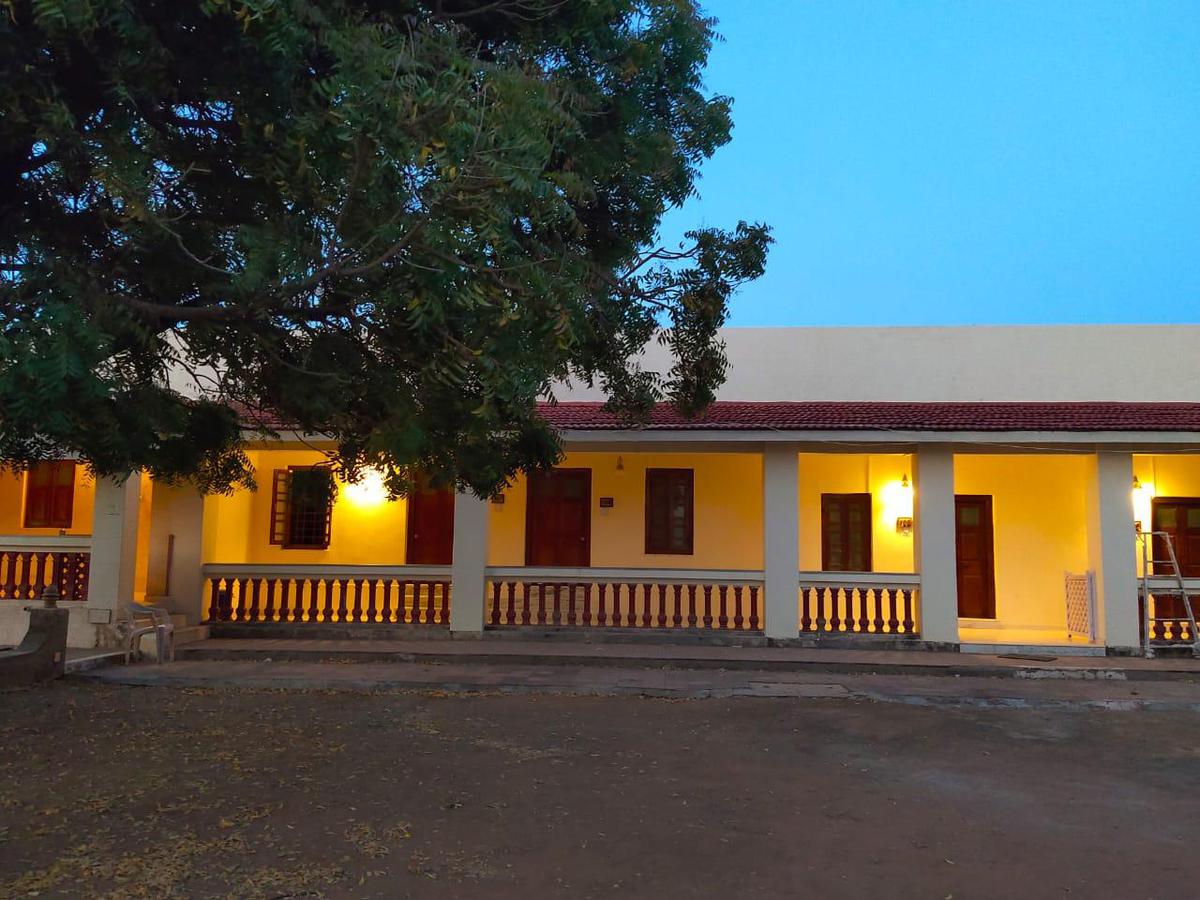 Built in a blend of colonial and Kathiawadi architecture style, predominately using Mangalore tiles and wood, the bungalow’s refurbishment is staying true to its roots. Four rooms of the bungalow will also have walls painted by a local artist, with themes inspired by the natural heritage of the region. Gohil — a student of archaeology and a history buff, who started the Bhavnagar Heritage Walks in 2018 and spearheaded the restoration of many architecturally-rich buildings in the area — believes the bungalow’s remoteness is its USP and will attract star gazers, nature lovers and bird watchers. 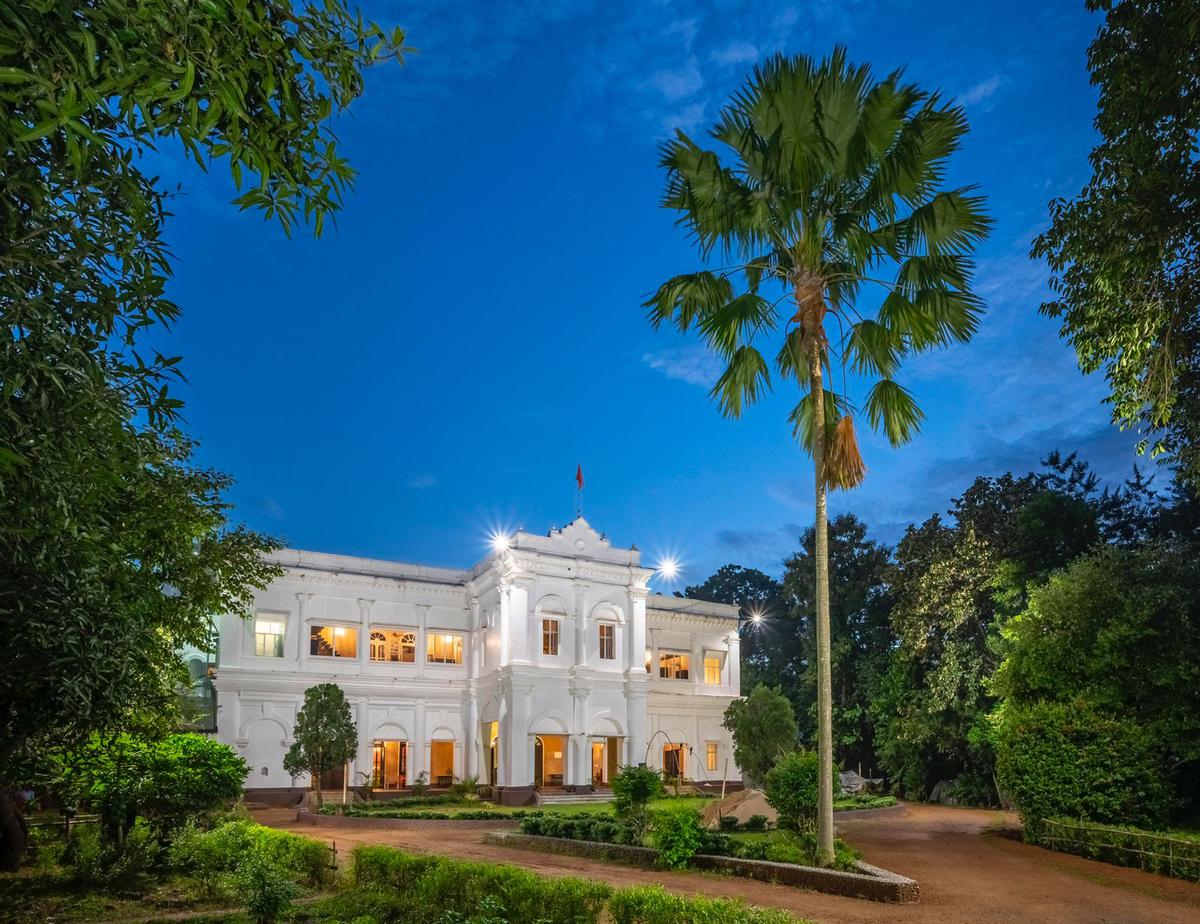 A surprising influx of domestic travellers during the pandemic made Mrinalika Bhanj Deo, a royal descendant of the former princely state of Mayurbhanj, decide to expand what’s on offer at The Belgadia Palace. (A part of the family’s private residence was opened up as a resort in 2019.) She is currently expanding their alfresco dining in the garden. 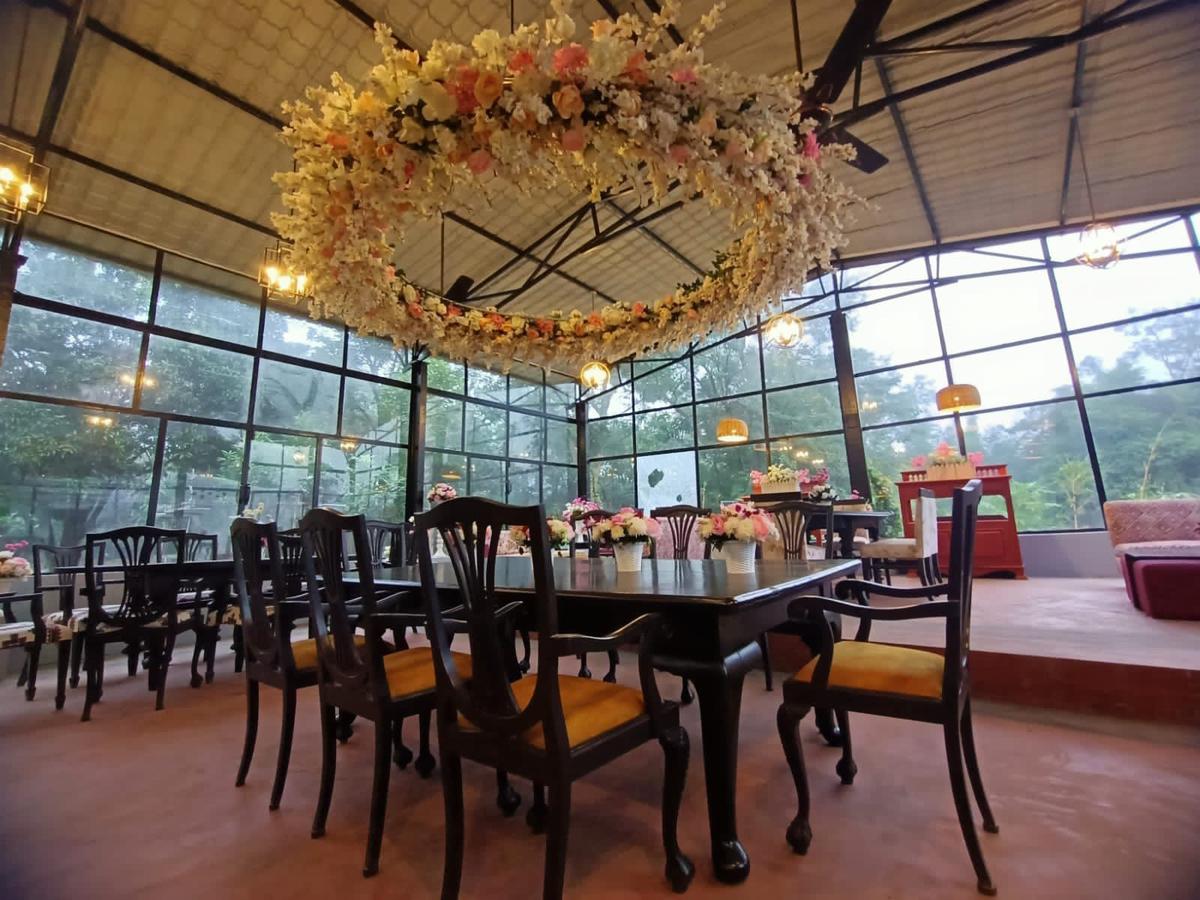 The Barn at Belgadia Palace

The Barn, as she calls it, can host 30 guests. She is also working on the outdoors — labelling trees to help conserve the flora, organising nature walks, and introducing activities such as archery, croquet, cycling, and games like cricket and badminton. Meanwhile, her older sister Akshita — who works with the artisan communities in Mayurbhanj — has opened Beej, a boutique store within the palace resort, to retail products such as honey, millets, and arts and craft to help them.

Will another change of allies yield political dividends for Raju Shetti?