‘The movement is going to be on till the policies are changed’, Sadhguru 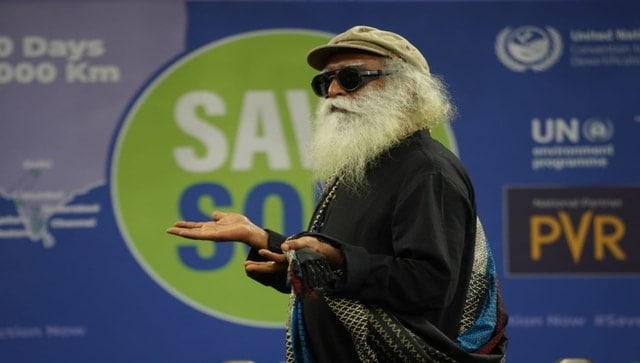 Sadhguru Jaggi Vasudev during an event on Save Soil, organised at the Indira Gandhi Stadium Complex in Delhi, on Sunday. Firstpost

New Delhi: Speaking about the Save Soil movement, Sadhguru, the founder of Isha Foundation on Sunday said that the movement will be on till the policies are changed.

The Save Soil Movement is a global race against time to prevent soil extinction, spearheaded by Sadhguru.

According to Sadhguru, it aims to get citizens of the world to emphatically express to their leaders the urgent need to Save Soil in their countries. The movement aims to reach 3.5 billion people globally or 60% of the world’s electorate who can vote to Save Soil, and support leaders of all nations to institute national policies and actions toward increasing the organic content in cultivable Soil.

As per the consciousplanet website, soil extinction is the gravest threat to humanity right now.

During the event, Sadhguru pointed that our planet is losing the ability to grow food because of alarmingly rapid degradation of soil- 95% of our food comes from soil.

According to the Save Soil website, a handful of soil takes thousands of years to form and we’re losing 75 billion tons every year of a resource we can never replace but one that is most critical for the survival of the human race.

The overarching objective of the movement is to ensure a minimum 3-6% of organic content for agricultural Soil. The Save Soil movement talks about a pragmatic three-pronged strategy to achieve abovementioned.

IN PICTURES: The BEST of French Open 2022