Srinagar joins UNESCO network of creative cities; all you need to know 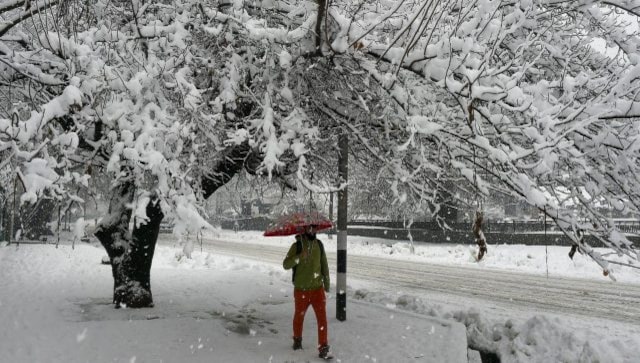 A pedestrian holding an umbrella walks on a snow-covered pavement during heavy snowfall, in Srinagar. PTI

Srinagar, the summer capital of Jammu and Kashmir, is among the 49 cities selected worldwide to join the UNESCO creative cities network (UCCN) with Prime Minister Narendra Modi hailing the inclusion as a “fitting recognition” for the vibrant cultural ethos of the old city.

It has been designated as a creative city of craft and folk arts, UNESCO said on Monday.

Delighted that beautiful Srinagar joins the @UNESCO Creative Cities Network (UCCN) with a special mention for its craft and folk art. It is a fitting recognition for the vibrant cultural ethos of Srinagar. Congratulations to the people of Jammu and Kashmir.

These 49 cities were added to the network of 246 cities following their designation by UNESCO Director-General Audrey Azoulay, in recognition of “their commitment to placing culture and creativity at the heart of their development and to sharing knowledge and good practices”.

As per Kashmir Observer, the Indian National Commission for Cooperation with UNESCO (INCCU) had recommended Srinagar and Gwalior for inclusion in the coveted list, only Jammu and Kashmir’s summer capital made it.

Which are the other Indian cities on the list?

“A new urban model needs to be developed in every city, with its architects, town planners, landscapers and citizens. We are urging everyone to work with states to reinforce the international cooperation between cities which UNESCO wishes to promote,” said UNESCO Director-General Audrey Azoulay.

UNESCO New Delhi Director Eric Falt offered words of praise to all those who worked on the candidacy of Srinagar.

“I would like to offer my warm congratulations to India and especially to Srinagar. This a great recognition of the vitality of the arts and crafts sector in Srinagar,” he was quoted as saying in the statement.

What does it mean to join UNESCO’ Creative Cities Network?

By joining the UNESCO Creative Cities Network (UCCN), cities commit to sharing their best practices and developing partnerships involving the public and private sectors as well as civil society in order to strengthen the creation, production, distribution and dissemination of cultural activities, goods and services, the world body said.

They also pledge to develop hubs of creativity and innovation and broaden opportunities for creators and professionals in the cultural sector, it said.

Newly-designated creative cities such as Bohicon, Doha and Jakarta will join forces with existing member cities including Brazzaville, Dubai, Mexico City and Montréal to develop innovative urban policies and solutions that place people and sustainability at the centre of the development process, echoing the urban solutions launched by the UNESCO Cities Platform on the occasion of the World Cities Day 2021, the UNESCO said.

This year, too, the Network is collecting and disseminating information about the culture and creativity-based responses to COVID-19

that have been taken by members of the Network, which UNESCO will publish as part of its continued support to cities’ recovery from the pandemic, the statement said.

Jammu and Kashmir Lieutenant Governor Manoj Sinha also took to Twitter to hail the city’s inclusion in the list.

Grateful to Hon’ble PM @narendramodi for always giving special priority to J&K. Dossier of exceptionally rich art & craft legacy of Srinagar was meticulously prepared & submitted in June this year by @SMC_Srinagar with help of Kashmir INTACH.

Earlier on Monday, the Mayor of Srinagar, Junaid Azim Mattu, made a series of tweets on the city joining the list, and also thanked people who were involved in the application process.

“What a proud moment for Srinagar! After sustained, collective efforts – Srinagar is now on the International Arts & Crafts Map and very prominently! Encouragement from the Hon’ble PM makes it even more special!” he tweeted.

GREAT NEWS FOR SRINAGAR!#Srinagar has been inscribed as @UNESCO ‘Creative City of Art and Craft’.

The the only city from India to make it to the list!