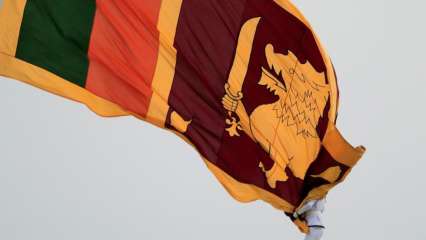 In a piece of good news for travelers, the Sri Lankan government has finally lifted the ban on Indian nationals who want to enter Sri Lanka. The country’s Tourism Minister Prasanna Ranatunga, on Thursday, said that fully vaccinated tourists from India and several other countries would now be allowed to enter the island nation.

In a statement, the minister said, “Tourists from India are welcome to visit Sri Lanka and we are making arrangements to allow them to enter the country following strict health guidelines.”

However, the minister also clarified that those  Indian nationals who have received both doses of the COVID-19 vaccine would be allowed to go around in the country.

Those who have received both doses of vaccine can go around the country after obtaining a negative RT-PCR report, he said.

However, Ranatunga said that tourists who have not received both doses of vaccine would be allowed to enter the country, but would be placed under a tourist bio-bubble.

“Tourists who have not received any dose of the vaccine can visit 22 tourists places, including wildlife sanctuaries and cultural, historical, and Buddhist religious places. They would be placed under a bio bubble,” he said.

The minister also said that plans are underway to start flights from Trichy in Tamil Nadu to Colombo.

On the direction of the Sri Lankan health authorities, all arrivals from India were stopped from May 6 due to the surge in COVID cases. A key foreign income earner for the island nation, tourism was one of the worst-hit areas due to the pandemic.