Bihar continues to witness deaths owing to the consumption of spurious liquor. Earlier in March, 32 people died after consuming hooch. In May and August too, the ‘dry state’ recorded deaths owing to hooch 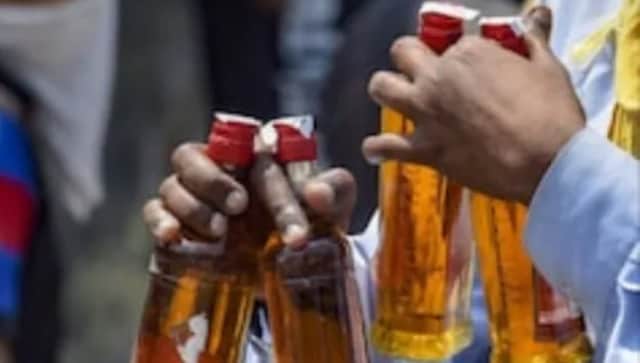 At least three people died and several others fell ill after consuming spurious liquor in Bihar’s Chhapra district. People who are critically ill after allegedly consuming liquor have also lost their eyesight.

Following the incident, the Saran District Magistrate and Superintendent of Police met the victims at Sadar hospital. The officials also collected information from the villagers and the families over the incident.

“Victims are under medication at Patna Medical College and Hospital (PMCH) and a team of doctors and paramedical staff have been sent to the village to ascertain the cause of deaths,” said Saran DM Rajesh Meena.

#UPDATE | Bihar: The death toll, due to consumption of spurious liquor in Chhapra, rises to 8.

Saran SP Santosh Kumar said that some people in the village had consumed alcohol during the Nag Panchami celebrations on 2 August, 2022. He said, “The DSPs of Marhaura and Sonpur are camping in the village. We have started investigation into the incident.”

Chandan Mahto (35) and Kamal Mahto (70) were declared brought dead, while one other died during treatment at Chhapra Sadar hospital.

The superintendent of the hospital Dr I S Thakur said that the villagers are being tested through a breath analyzer and at least thirty-five have been sent to the PMCH while two patients are admitted in an emergency due to their critical condition. PMCH is on alert after the incident.

DM Rajesh Meena said that investigation in this matter is underway and raids are being conducted to catch the alcohol smugglers.

Despite a liquor ban in the state since April 2016, this happens to be the third major hooch related tragedy in Bihar in six months in this year alone.

In March, 32 people lost their lives in Bihar due to suspected consumption of spurious liquor.

At least 12 people have died in Banka and three in Madhepura from allegedly drinking hooch. Also, four people have lost their lives in Bhagalpur’s Sahebganj as well as Narayanpur, and three deaths each have been reported in Goradih and Kajraily, and one death each in Maruf Chak, Shahkund, and Borwa villages.

Seven people have died in Amarpur in Banka district, while many others are in hospitals in critical condition.

The cause of death has not been officially ascertained so far, but family members have indicated that the deceased had drank alcohol on Holi, following which they suffered nausea and a deterioration in health.

However, according to the Quint, police and district authorities deny that the deaths have occurred due to hooch consumption.

In May, 2022, at least six people have died and 12 taken ill after allegedly consuming spurious liquor in Gaya and Aurangabad districts over the last two days.

According to Hindustan Times, those taken ill, including two who have lost vision, have been admitted to Magadh Medical College and Hospital in Gaya.

Police confirmed the number of deaths and those taken ill, but said autopsy reports were awaited to ascertain the cause of deaths.

In 2 August, 2022, at least two people died, while four others fell critically ill after they consumed suspected spurious liquor in Bihar. The incident was reported from Saran district.

According to IndiaTV, the victims, daily wage labourers involved in building construction at Jivpur, had allegedly gone for a liquor party after winding up their work on Monday evening.