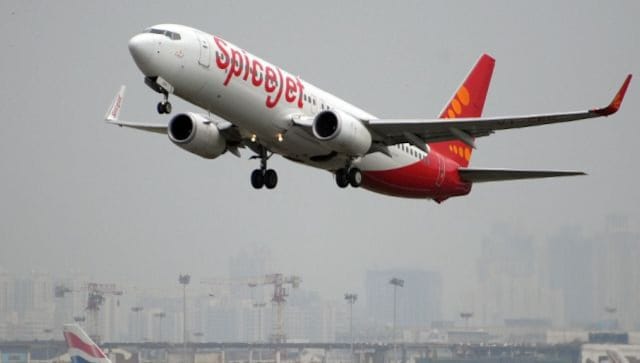 The shares of SpiceJet opened 3.5 per cent lower on Wednesday morning, 21 September, after news broke that the company had asked 80 pilots to go on leave without pay for three months. The shares of the budget carrier opened on the exchanges at Rs 42 per equity at 9:30 am. The sock was among the top five losers of the BSE Smallcap index, as per reports. At 11:26 am, the shares of SpiceJet were trading at Rs 41.95, down by 3.78 percent. SpiceJet’s stock has declined 47 per cent in the last 12 months.

SpiceJet has been in the news for all the wrong things recently. The budget carrier has had a slew of flight mishaps including technical faults, severe turbulence and more, in the last few months. Furthermore, in July this year, the Directorate General of Civil Aviation (DGCA) had ordered that SpiceJet must operate only 50 per cent of its approved flights for the next eight weeks after reports of multiple technical issues emerged.

The Ajay Singh-promoted company has been reporting losses for the past four years. For the fiscal quarter ended June 2022, SpiceJet reported a loss of Rs 78.83 crore, up from Rs 7291 crore in the corresponding quarter. The losses happened despite a 95 per cent surge in total income in the same comparable period.

Coming back to the case of the pilots, SpiceJet announced on Tuesday that it had put 80 pilots on leave without pay. The pilots who have been forced to do so are from the budget carrier’s Bombardier and Boeing fleet. “This measure, which is in line with SpiceJet’s policy of not retrenching any employee which the airline steadfastly followed even during the peak of the Covid pandemic, will help rationalise the pilot strength vis-à-vis the aircraft fleet,” SpiceJet said in a statement.