Monsoon enters the last leg of the season as we enter the second half of September. Moreover, the normal date of commencement of monsoon withdrawal from western Rajasthan’s Thar desert is 17 September.

Meanwhile, in the past week, the monsoon performed very religiously across Central, West, East and North India.

The drought-hit areas of Bihar, Jharkhand, West Bengal and Uttar Pradesh witnessed very heavy rains in multiple districts and extremely heavy rains at a few stations as the sixth depression of this monsoon season brewed in the Bay of Bengal and travelled till Madhya Pradesh and re-curved towards Central Uttar Pradesh due to the approaching westerly trough towards the Himalayas. 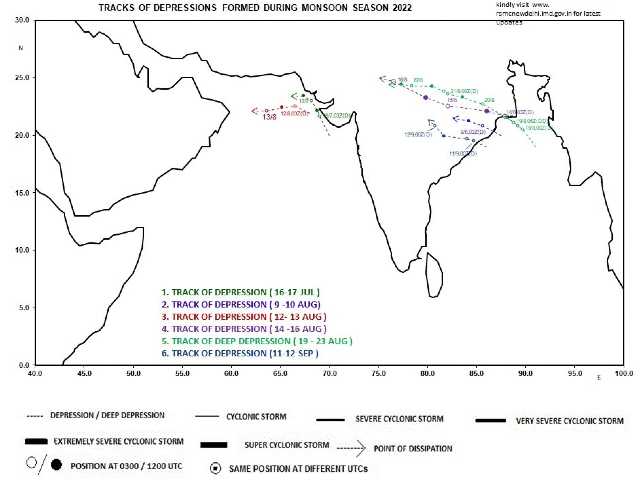 Lucknow on 16 september recorded a whopping 160mm rainfall in the overnight spell. It just missed the all-time record of highest ever single day rainfall (177.1mm on 14 September 1985).

Here is a record of very heavy to extremely heavy rains in Uttar Pradesh ending 8.30 am on 16 September:

Here is the amount of rainfall in Uttarakhand in the 24 hours ending 8:30 am on 17 September: 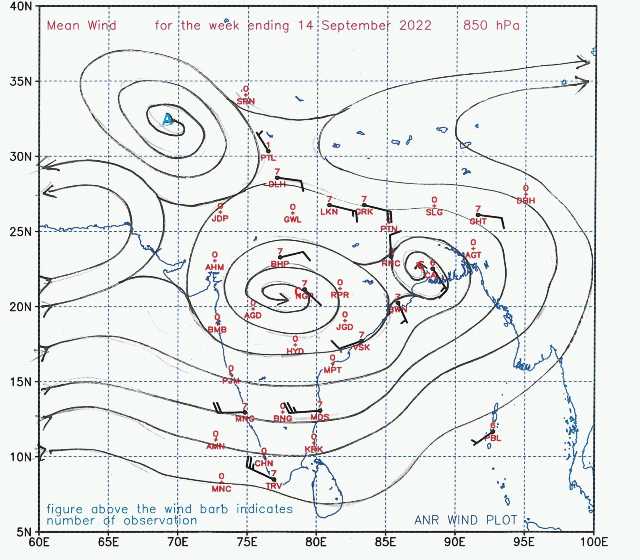 The outer cloud bands of the Depression have reached up to Delhi NCR from Wednesday to Friday most parts of the National Capital Region experienced overcast conditions along with on and off light rains. Safdarjung observatory recorded 10.5mm rainfall in the span of 24 hours ending 8:30 am on 17 September. The monthly total now stands at 46.2mm against the normal of 95.2mm, despite a slight comeback of rains statistically poor monsoon conditions continue to prevail as the seasonal rains are below normal by -35 per cent so far.

Anyhow the overcast conditions along with the rains have brought relief from the oppressive heat as the maximum temperature was recorded as 25.9°C on Friday which is 8°C below Normal, during the past weekend temperatures were hovering around 37°C across North India.

As per IMD data, total monsoon seasonal rains in India from 1 June till 17 September:

• India as a whole recorded a total of 865.4mm rainfall against the average of 806.8mm, a departure from normal now stands at +7 per cent, it was at +5 per cent past Saturday – a significant increase in rains across four homogeneous regions resulted in decent improvement in pan-India rainfall figures. 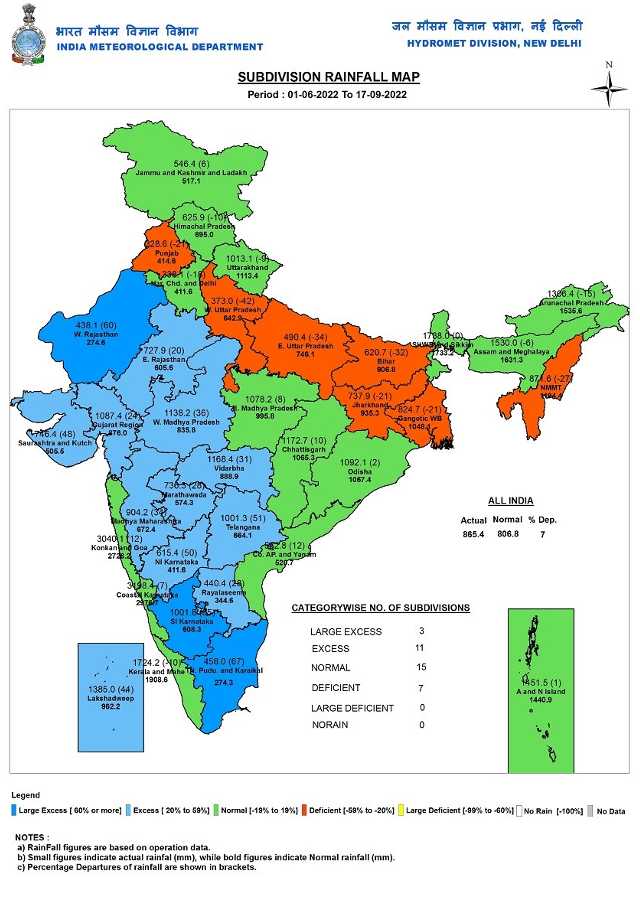 •  The trough from the west central Arabian Sea to the south Gujarat coast between 3.1 km & 4.5 km above mean sea level persists.

• The cyclonic circulation over east-central & adjoining southeast Bay of Bengal between 4.5 and 5.8 km above mean sea level persists.

Under its influence, a Low-Pressure Area is likely to form over West central & adjoining Northwest Bay of Bengal off Odisha-West Bengal coasts around 20 September 2022.

• The Western Disturbance is seen as a trough in mid-tropospheric westerlies with its axis between 5.8 and 7.6 km above mean sea level roughly along Long.70°E to the north of Lat. 30°N persists.

• The trough from South Interior Karnataka to Gulf of Mannar at 0.9 km above mean sea level persists.

All India Weather Forecast till 25 September:

The wet phase of weather will slow down in the beginning of the upcoming week as the low-pressure area fades away, dry weather is very likely to prevail in most parts of Punjab, Haryana, Delhi NCR, Rajasthan, Uttar Pradesh and Himalayan states till Tuesday.

As the Bay of Bengal hosts another low-pressure area early in the week, it will push moisture towards North India further activating the monsoon axis. Moderate to heavy rains will come back in most parts of Uttar Pradesh and Uttarakhand from Wednesday onwards scattered showers may occur in parts of Delhi NCR, Haryana, East Rajasthan and Himachal Pradesh till 24 September.

This will be the last monsoon rain spell for the entire North West India as monsoon is expected to take exit from the region later in September end.

The active monsoon conditions will drench most parts of central India for another week in a row as the low-pressure area from the Bay of Bengal is expected to travel up to East Madhya Pradesh across this week.

The combination of monsoon axis and the low-pressure area will lead to widespread moderate to heavy rains in Chhattisgarh, Madhya Pradesh and parts of Maharashtra from Tuesday till Saturday, the spread and intensity of rains will be very less compared to last week in Gujarat and Konkan region including Mumbai.

The monsoon may exit central parts of the country in early October.

The formation of a fresh low-pressure area in the Bay of Bengal and the placement of the monsoon axis over East India will keep the monsoon active in the region for another week. From 19 to 25 September many parts of West Bengal, Odisha, Jharkhand, and Bihar to experience moderate to heavy rains – towards the end of the season these rainy spells might help the region to recover from the rainfall deficiencies by a bit.

Following the trend of the last week, dry weather conditions will prevail over many parts of Tamil Nadu, Kerala and the South interiors of Karnataka including Bangalore, rains if any will be highly localised and less intense in nature.

The formation of another low-pressure area in the Bay of Bengal will ensure the pull effect keeping the off-shore trough moderately active this week. The impact will be observed in most parts of the West coast and Ghat sections of Goa and Karnataka where prolonged spells of moderate rains will be observed during the entire course of the week.

Parts of north Andhra Pradesh and Telangana to experience good rains due to the influence of the low-pressure area from Monday to Wednesday.