NEW DELHI: Soon-to-be mom Sonam Kapoor seems to be enjoying her pregnancy to the fullest. The actress loves to keep her fans updated about her pregnancy journey and often drops pictures and videos on social media.

On Monday, Sonam added another photo to her pregnancy album by sharing a post on Instagram Stories. In the image, the star is seen cradling her baby bump while wearing a figure-hugging black midi dress and matching sneakers. The mirror selfie captures Sonam’s pregnancy glow which is radiating through the picture. She let the image do all the talking and did not add any stickers or notes. 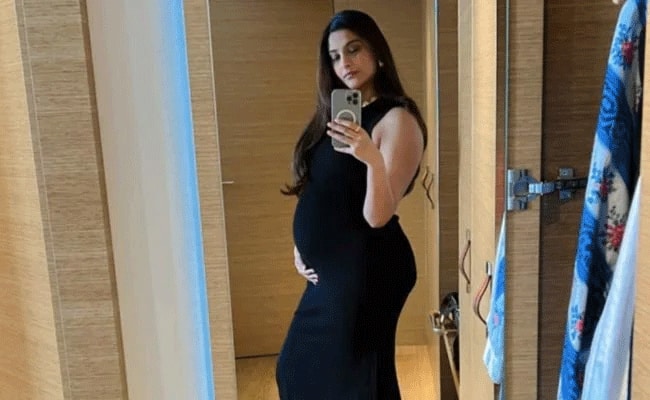 Earlier in the day, Sonam Kapoor shared a video on Instagram Stories as well. This time, she’s accompanied by her husband, entrepreneur Anand Ahuja in the clip. In the post, she can be heard saying, “Finally,” as Anand leans in to kiss his wife on the forehead. Did someone say couple goals, yet? Sharing the video, Sonam wrote, “Reunited with my love,” followed by a heart-eyes emoji.

In the clip, the actress is looking pretty in a blue shirt paired with a golden necklace and earrings. Anand, on the other hand, is looking uber cool in a white T-shirt layered with a black shirt. He can be seen giving a forehead kiss to his lovely wife. 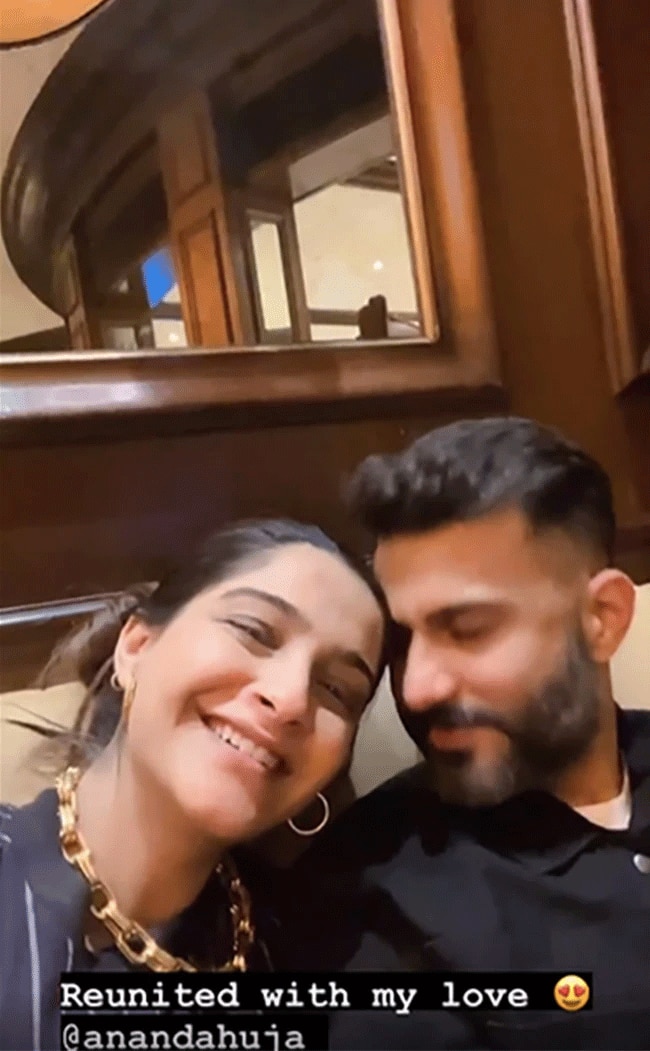 Sharing the video, she captioned it as “Reunited with my love,” followed by a lovestruck emoji.

The couple announced their pregnancy in March this year with a set of images of Sonam Kapoor resting her head on husband Anand Ahuja’s lap. In the caption, they wrote, “Four hands. To raise you the very best we can. Two hearts. That will beat in unison with yours, every step of the way. One family. Who will shower you with love and support. We can’t wait to welcome you.”

Sonam Kapoor and Anand Ahuja got married in May 2018 in Mumbai after several years of dating.

Meanwhile, on the work front, Sonam will be next seen in Shome Makhija’s ‘Blind’.

Ayushmann Khurrana’s Anek on Netflix: Know when and who can watch political thriller film on OTT

Echoes of the Zeitgeist-Entertainment News , Firstpost