‘Smart Cities’ mission possible in India, but only if people are smarter and ‘population explosion’ is controlled

The United Nations Population Fund has cautioned that a large proportion of the global population will shift to city regions by 2050 (UNFPA 2008).

In India, cities will likely expand to 600 million by 2030. Another study, Mckinsey (2018), indicates that in the following 15 years, around 200 million people will transition from rural to urban areas. This projected shift will be enormous – almost equal to existing populations of France, Germany, and the United Kingdom combined.

It is in this challenging backdrop that India will be operating to transform cities.

The Indian government launched the Smart Cities Mission (SCM) in 2015 to bring solutions to urban problems, such as scarcity of water and other resources, traffic gridlocks, various public conveniences and crime.

But is the concept viable, well-suited to the Indian design, considering its continually rising population? As individualism ranks very high in the country, it’s largely each to his own. But for an idea to take root and flourish, both the public and the government need to think and practice homogeneity.

There is an acceptance of imperfection in India. It’s okay not to be okay. Tolerance for the unexpected is high and people are generally not inspired enough to take actions for collective good. Rules are in place, but are circumvented through methods that bypass the system. Lack of basic facilities force people to adopt primitive, regressive forms of lifestyle. 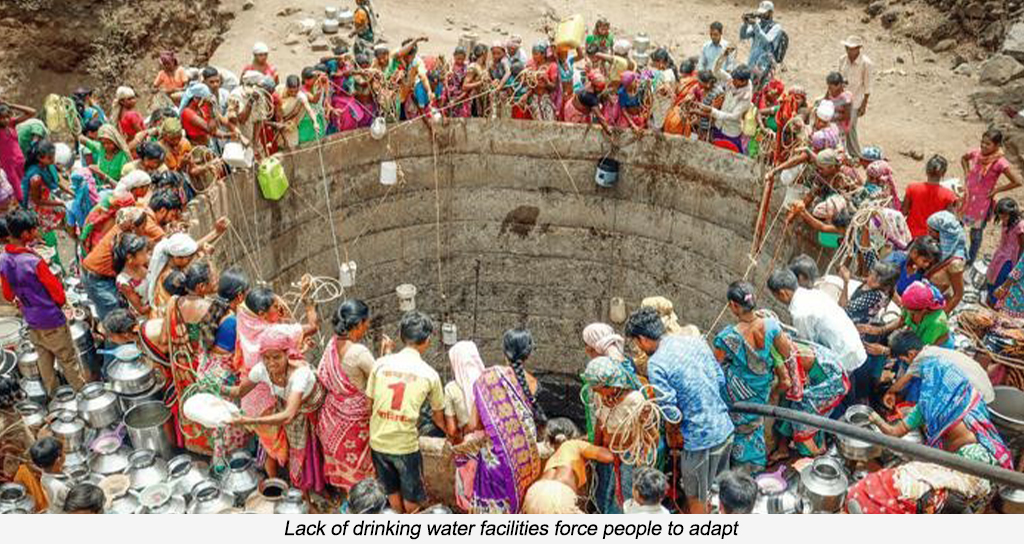 As a result, any plan put in place to improve quality of life runs the risk of being overlooked, or even ridiculed as pretentious. But that should not deter innovation and modernisation in a country that needed it yesterday.

For a smart city to earn its label, advanced technologies are effective tools to cater to rising demands in urban spaces, and technology needs to be integrated into governance practices. In India’s case, though, the integration has been minimal when compared to, say, the rest of the BRICS nations.

The ‘MyGov’ platform allows the public to exchange ideas and views, which are vital inputs for decision and policymaking. Regrettably, the engagement is only on the surface due to lack of awareness.

Websites have been created by urban local governments that provide information and various services to the citizens. The information is perfunctory and offers little vision to the smart future.

An Aadhaar card (with a 12-digit random number) issued to over a billion citizens helps them in obtaining various government services and subsidies. However, unrelated matters, such as privacy concerns, supersede the native objective of simplifying lives.

These initiatives only scratch the surface and need a deeper investigation to ensure equitable benefits. For example, China is working on Big data platforms, built by Teradata, to collect data on different aspects of city life, including finance, insurance, transport, health, and education, to use in policy-making; In Shanghai, data on places most frequently visited by the elderly (such as grocery stores and parks) help in the formulation of effective mobility plans.

India needs a targeted approach, not a general one, and it should ignore this at its own peril.

Meeting deadlines is a critical component of being smart.

Of the 100 cities, Delhi is expected to potentially emerge as the crown jewel, courtesy of its status as the seat of power.  But even the capital city is lagging behind in achieving the Government’s objective of turning smart by 2023, let alone the others.

This missing of the deadline becomes more prominent and is largely unexplainable considering that only a small portion of a given region is turning ‘smart’. It’s area-based development, which involves selecting areas of specified size for redevelopment, retrofitting, and greenfield development. The entire city is not selected. For example, the National Capital Territory (NCT) of Delhi has a total area of 1,483 sq km, of which only 2.2 sq km, which is administered by the New Delhi Municipal Council (NDMC), has been selected.

Pan-city development is another aspect. Here, smart solutions are applied over larger areas of the city to improve liveability, including setting up an intelligent traffic management system, which would reduce average commuting time as well as travel costs, or wastewater recycling and smart metering for better water management.

Both kinds of development call for planning, implementation, monitoring, and financing.

The planning and financing maybe in place, but it is the execution and monitoring that needs attention. For a city to be smart, its people need to be smarter and government cleverer.

The post ‘Smart Cities’ mission possible in India, but only if people are smarter and ‘population explosion’ is controlled appeared first on The Voice Of Nation.

In US crackdown on 26/11 conspiracy, a Pakistani American in jail, a Pakistani Canadian awaiting extradition to India, and four on wanted list

Beyond North Korea – The Diplomat