Sidhu Moose Wala murder puts spotlight on gangster Lawrence Bishnoi and his Canada-based aide Goldy Brar: Who are they?

Lawrence Bishnoi grabbed headlines in 2018 when one of the members of his gang attempted to murder Salman Khan for the blackbuck killing. Bishnoi’s closest aide Satinder Singh, alias Goldy Brar, based in Canada, has claimed responsibility for murdering Sidhu Moose Wala 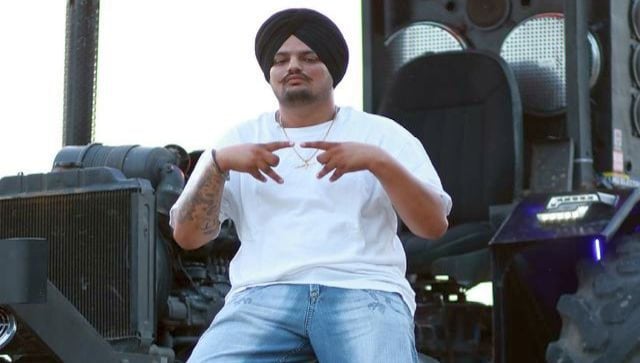 Hours after Moose Wala was gunned down — he was attacked by eight assailants and bullets from three AK-94 rifles were found at the crime scene — the Punjab Police claim that the Canada-based gangster was behind the murder.

Punjab Director General of Police (DGP) VK Bhawra was quoted as saying, “This incident seems to be a case of an inter-gang rivalry,” adding the Lawrence Bishnoi gang was behind the killing.

The senior police official giving details of the incident said that Moose Wala, whose security was scaled down just a day earlier, left his house around 4:30 pm with two persons — Gurwinder Singh (neighbour) and Gurpreet Singh (cousin). Moose Wala was driving the vehicle.

“When they reached village Jawahar Ke, they were followed by a car and they were intercepted from the front by two vehicles. There was heavy firing from the front on Sidhu Moose Wala,” he said, adding that this incident took place at around 5:30 pm. Moose Wala was declared brought dead at the civil hospital.

His friend, Gurwinder Singh, also succumbed to his injuries on Monday morning.

DGP VK Bhawra added that the Lawrence Bishnoi gang was behind the incident, with one of the members of the Bishnoi gang from Canada taking responsibility for the murder.

Who exactly is Lawrence Bishnoi? What was the rivalry with Moose Wala? We take a closer look.

The names of Lawrence Bishnoi and his associate Satinder Singh, alias Goldy Brar, emerged in the murder of Moose Wala after the duo in two separate posts on their purported Facebook pages claimed responsibility for the murder of the Punjabi singer.

“Today, Moose Wala was killed in Punjab, I, Sachin Bishnoi, Lawrence Bishnoi take the responsibility. It’s our work. Moose Wala’s name surfaced in our brother Vikramjit Singh Middukhera and Gurlal Brar’s murder, but the Punjab Police did not take any action against him. We also came to know that Moose Wala was also involved in the encounter of our associate Ankit Bhadu. Moose Wala was working against us. Delhi Police had taken his name but Moose Wala used his political power and saved his skin each time,” Goldy wrote on his social media post.

It has been reported that Bishnoi, the now 31-year-old, was a student leader in college in Chandigarh. His father was in the Punjab Police. Bishnoi is involved in multiple murder cases in Rajasthan and Punjab and his gang has earned as much notoriety as him.

Bishnoi was arrested in 2017 and has been in Bharatpur jail in Rajasthan since then, but still manages to run his group from prison.

The 31-year-old, belonging to the Bishnoi community, came into the limelight in 2018 when one of his aides was arrested in 2018 for allegedly attempting to eliminate Salman Khan for his role in the blackbuck killing; Bishnoi believes blackbucks are sacred.

Lawrence Bishnoi facing trial for a murder in Jodhpur says he will kill actor Salman Khan (@BeingSalmanKhan), he was brought to court on Friday. Bishnois worship black bucks and the actor is accused of killing the animal @htTweets pic.twitter.com/UF2aw9YkN2

According to the Indian Express, the first case against Bishnoi was of attempt to murder, in 2010. A case of assault and robbery was also filed in 2011. He allegedly had connections with gangster-turned-politician Jaswinder Singh, who was gunned down in 2016.

Goldy Brar is Bishnoi’s closest aide and is reported to be based in Canada. He is wanted in several cases and last year a court in Punjab’s Faridkot district issued an open-ended non-bailable arrest warrant against Goldy Brar over the killing of Youth Congress leader Gurlal Singh Pehalwan. The 34-year-old died on the spot after being shot 12 times by two unidentified assailants in Faridkot.

Members of the Lawrence Bishnoi gang have criminal records in Delhi, Rajasthan, Punjab and Haryana. In recent times, the gang has been attempting to expand its sphere of influence from Punjab, Rajasthan and Delhi to Gurugram.

Why the rivalry with Moose Wala?

It appears from Brar’s Facebook posts that the murder of Moose Wala was revenge for the killing of Akali Dal leader Vicky Middukhera in Sector 70 Mohali on 8 August last year.

Vicky was allegedly an informer of the Bishnoi gang and was on the radar of other gangsters.

Shagunpreet Singh fled abroad in April after his name cropped up during the course of investigation.

Ethos debuts on a weak note; stock lists at 6% discount to issue price