The former Madhya Pradesh chief minister landed in trouble for tweeting a photo, which has since been deleted. The tweet shows youths putting up a saffron flag at a mosque, but was later found that the photo wasn’t from Madhya Pradesh, but an older image from Bihar 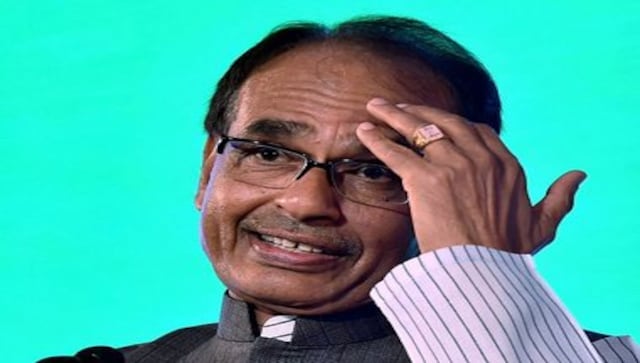 A war of words broke out on Twitter as Chief Minister Shivraj Singh Chouhan was responding to the Khargone violence on Ram Navami saying that Congress’ Digvijay Singh’s tweet is a conspiracy to spread religious frenzy in Madhya Pradesh, which will not be tolerated.

Former chief minister of Madhya Pradesh and Congress leader Digvijay Singh had posted a tweet, which has now been deleted, regarding the stone pelting during Ram Navami in Khargone, Madhya Pradesh. In the tweet, he put up the photo of a youth hoisting a saffron flag at a religious place.

Singh had written in his tweet, “Is it appropriate to put a flag at a religious place with a sword stick. Was the Khargone administration allowed to take out a procession carrying weapons? Will bulldozers run at everyone’s house, irrespective of their religion, who threw stones?”

Chief Minister Shivraj Singh Chouhan too expressed his displeasure and slammed Singh. He tweeted, “Digvijay Singh has tweeted with a photo of a youth hoisting the saffron flag at a religious place. He is not from Madhya Pradesh. This tweet of Digvijay Singh is a conspiracy to spread religious frenzy in the state and a conspiracy to throw the state in the fire of riots, which will not be tolerated.”

Also, state Home Minister Narottam Mishra criticised the Congress leader for the fake tweet. He said, “Digvijaya Singh had earlier passed off a bridge in Pakistan as that of Bhopal and is now spreading confusion by telling people that the photo of a mosque is from Madhya Pradesh. I am taking an opinion from legal experts. A legal action can be taken against Digvijaya Singh.”

On Ram Navami, stones were allegedly pelted at a procession in Madhya Pradesh’s Khargone, prompting the police to fire tear gas shells to control the situation.