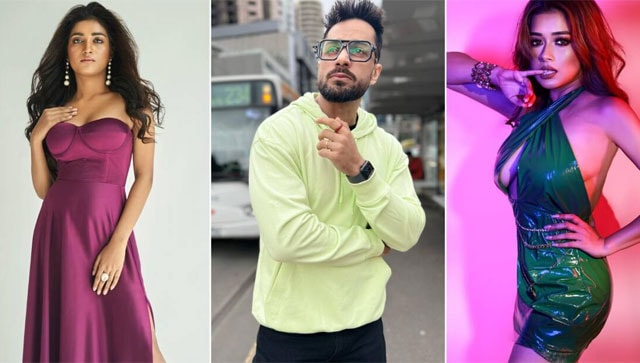 One of the most popular and much-awaited television reality shows, Bigg Boss, is ready to make a grand comeback on the screen with its 16th season this year. While the buzz around the controversial TV show is pretty high and fans are super excited for the premiere, keeping in view the massive success of the previous seasons, Bollywood actor Salman Khan is also ready to make a return on the Bigg Boss stage as the host. As a part of this, several names from the industry have also started making rounds about the ones who will likely enter the Bigg Boss house this year. Well, if reports are to be believed, some names have been confirmed and these stars are expected to enter the Bigg Boss house.

According to a report in the Indian Express, some of the names that have been locked for the show include Miss India runner-up Manya Singh along with famous TV actors Shivin Narang, Tina Dutta, and Shalin Bhanot. They have reportedly also signed the contract. On the other hand, other names which are said to be confirmed are actors like Kanika Mann, Sreejita De, Prakruti Mishra, and Imlie lead actress Sumbul Touqueer.

In addition to this, reports also claim that internet sensation and social media influencer Abdu Rozik has also signed the contract and will join other inmates in the house.

While confirmation from the makers or the celebrities is yet to arrive, these reports if true, can become great news for fans. In the meantime, several other names have been also making rounds about the expected contestants for this season. While popular celebrities like Vivian Dsena and Divyanka Tripathi have already cleared the air about their entry into the show and further denied any engagements, controversial Bollywood producer Sajid Khan is also rumoured to make an entry into the BB house.

Some of the other names reportedly approached or confirmed for the show include Jannat Zubair, Madirakshi Mundle, Gia Manek, Suriya Mishra, and Shantinath Sul.

Is Bigg Boss 16 set to premiere in October?

While the first promo of Bigg Boss 16 is already out, reports suggest that the show will premiere at the start of October. A confirmed date is yet to be issued for the curious audience, however, keeping in view the interesting promo featuring Salman Khan, it can be said that the makers have planned something unique this year.

It is pertinent to note that TV actress Tejasswi Prakash won the trophy of Bigg Boss 15 in the previous season.