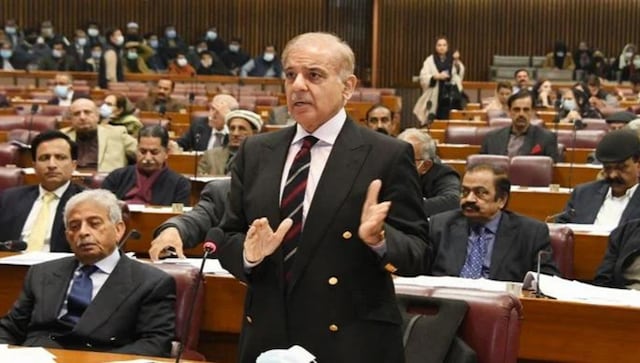 However, even amidst such a severe crisis, Pakistan PM Shehbaz Sharif has chosen to rake up the issue of Kashmir yet again.

In an interview with UAE-based Al Arabiya TV, Pakistan Prime Minister Shehbaz Sharif has called for “serious and sincere talks” with Prime Minister Narendra Modi on “burning points like Kashmir.”

Shehbaz Sharif said that Pakistan has learned its lesson after several wars with India and stressed that now it wants peace with its neighbour.

“My message to the Indian leadership and Prime Minister Modi is that let’s sit down on the table and have serious and sincere talks to resolve our burning points like Kashmir. It is up to us to live peacefully and make progress or quarrel with each other and waste time and resources,” Sharif said.

“We have had three wars with India, and they have only brought more misery, poverty, and unemployment to the people.”

“We have learnt our lesson, and we want to live in peace with India, provided we are able to resolve our genuine problems,” Sharif said in the interview that was aired on Monday.

Pakistan, which is battling a severe economic crisis, public discontent against the ruling regime due to flour crisis and fuel shortage among others is also faced with rising instances of terror attacks by the proscribed outfit Tehreek-e-Taliban Pakistan (TTP), which had ended a ceasefire with the country’s security forces late last year.

“India is our neighbour country, we are neighbours. Let’s be very blunt, even if we are not neighbours by choice we are there for ever and it is up to us for us to live peacefully and progress or quarrel with each other and waste time and resources. That is up to us,” Shehbaz Sharif said.

Shehbaz Sharif also brought up the subject of Kashmir and said “Pakistan wants peace but what is happening in Kashmir should be stopped.”

The Pakistan leader in the interview that was also uploaded on Monday on the @AlArabiya_shows Twitter handle said that both the countries have engineers, doctors, and skilled labourers.

“We want to utilise these assets for prosperity and to bring peace to the region so that both nations can grow.”

“Pakistan does not want to waste resources on bombs and ammunition. We are nuclear powers, armed to the teeth, and if God forbids, a war breaks out, who will live to tell what happened?” he said.

India in November last year had lashed out at Pakistan for raking up the issue of Kashmir during a United Nations debate terming it as “desperate attempts to peddle falsehoods”.

“As we meet today to discuss UNSC reforms, a representative of Pakistan has yet again made unwarranted references to Jammu and Kashmir. Jammu and Kashmir remains an integral and inalienable part of India irrespective of what Pakistan’s representative believes,” said Pratik Mathur, Permanent Mission of India to UN, in the right to reply during the United Nations General Assembly (UNGA) meet on UN Security Council.

“Pakistan’s desperate attempts to peddle falsehoods and a bad habit of abusing the sanctity of multilateral forums deserves collective contempt and perhaps sympathies as well,” he added.

Does Anyone Want to Solve the Rohingya Crisis? – The Diplomat

Indonesia to Send General on Special Mission to Myanmar, Jokowi Says – The Diplomat

Centre should fund schemes it claims credit for, not seek states’ share: Nitish