Section 144 of the CrPc has been imposed after Hindu organisations said that it will be organising ‘Tambula Prashne’ at Sri Ramanjaneya Bhajana Mandira at Thenkulipadi from 8:30 am on Wednesday 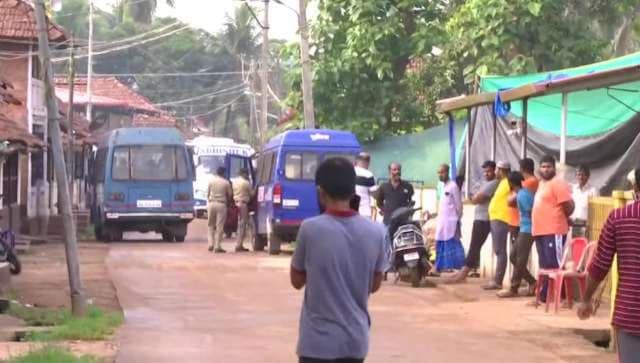 Section 144 in Malali Juma Masjid, Mangaluru, Karnataka till 26 May. ANI

Large number of police personnel have been deployed at Malali Juma Masjid in Mangaluru, Karnataka as section 144 has been imposed within 500 meters from the worship place till 8 am of 26 May.

Section 144 of the CrPc has been imposed after Hindu organisations said that it will be organising ‘Tambula Prashne’ at Sri Ramanjaneya Bhajana Mandira at Thenkulipadi from 8:30 am on Wednesday.

As per a report by news agency ANI, a Hindu temple-like architectural design was purportedly found underneath the Masjid on 21 April, 2022. The development came to the fore during a renovation work conducted by the mosque authorities in Juma Masjid situated in the outskirts of Mangaluru.

A report by ToI said that Deputy Commissioner K V Rajendra chaired a meeting with officials and stakeholders on Tuesday amid the controversy that sparked after a temple-like structure was noticed during the renovation work.

The police officers said that the matter is already in court and temporary injunctions have been issued to the president of the mosque as well as all the parties.

He mentioned that the mosque management committee has said that they are fighting the case in court and will be furnishing all the relevant documents to the judicial body.

Last month, when a Hindu temple-like architectural design was discovered during the renovation work in the old mosque, people suggested that there is every possibility that a Hindu temple was there at the site.

Back then, the Vishwa Hindu Parishad (VHP) leaders appealed the district administration to cease the work till the time the documents were verified.

Get your Aadhaar, PAN delivered on WhatsApp using Digilocker: Here's how