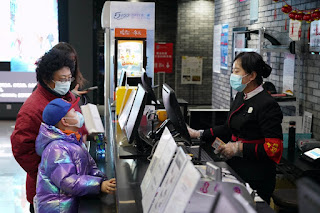 Following a bank teller who discovers he is actually a background player in an open-world video game and decides to become the hero of his own story, the movie generated 58.21 million yuan (around 8.97 million U.S. dollars) on its first weekend day of screening, accounting for 55.7 percent of Saturday’s total.

What is Geomagnetic storm that is set to hit Earth and may affect satellites, electricity grids? | Science & Environment News