Sathyan Anthikkad’s ‘Makal’ is about the generation gap


That Sathyan Anthikkad is an ace story-teller is well-known to viewers of Malayalam cinema. Filled with humour, with nuggets of information from everyday life and grounded in reality, Sathyan’s films have a special place in the heart of every Mollywood viewer. Many of his movies have become cult classics.

In an early morning phone call, Sathyan chats about his latest film, Makal, starring Jayaram and Meera Jasmine in lead roles. He says it is a “family film” about a mother caught between a dearly-loved daughter and father who find it difficult to converse on the same wavelength. “Iqbal Kuttipuram and I had been discussing ideas for a film, when he suggested this story. As soon as I heard it, I knew I had found my next film,” says the veteran.

Sathyan has two sons but he says many of his friends have daughters and he has seen the scenes in Makal play out in many of their homes. “Trivial disagreements and different perspectives of father and daughter create problems between them. The film is about the daughter discovering the deep love of her father,” elaborates Sathyan.

The first name that came to his mind to play the teenaged daughter was Devika Sanjay. She had essayed a role in Sathyan’s Fahadh Faasil-starrer Njan Prakashan and had not acted after that.

He wanted to bring back Jayaram in a significant role in Malayalam cinema. The minute Sathyan mentioned the film, Jayaram was game. “The next step was to find a suitable person to play the mother. Many of the female leads today are youngsters who may not look the part of a teeenager’s mother. I wondered if Meera Jasmine, who had been missing from cinema for so long, would agree to essay the character,” narrates Sathyan.

He located her and asked her if she would be interested in the role. “Meera, a successful entrepreneur now, was on the lookout for a suitable role and so my lead characters were on board,” says Sathyan. Meera was told that her character was that of a mother of a teenager. She agreed wholeheartedly.

He points out he has this penchant for bringing back actors who were missing from cinema for some time. Both senior actor Sheela and Urvashi made their comeback to Malayalam cinema after a break via author-backed roles in Sathyan’s films.

Innocent, Sreenivasan , Siddique and Naslen Gafoor are also in the cast.

He is working with Kuttipuram for the third time, after Oru Indian Pranayakadha and Jomonte Suvisheshangal.Makal narrates the story of a dad working abroad who decides to come back to Kerala to live with his family. Although father and daughter are close to each other, there are times when he finds it difficult to bridge the generation gap. “That has been conveyed through some humorous incidents. As with all my films, the themes are relevant and based in reality but, I feel the best way to connect with people is to use humour,” explains the veteran.

He adds, “ My earlier films like Nadodikattu and Gandhi Nagar 2 nd Street were about unemployment while Varavelpu was about problems faced by newbie entrepreneurs in Kerala. Each film had a theme rooted in everyday life of those times but it was narrated in a light-hearted way.”

Set in Kochi, Makal is Sathyan’s second film to be shot with sync sound after Njan Prakashan. He recalls that it was Fahadh who persuaded him to go for sync sound. Although Sathyan was apprehensive about the outcome, he found that sync sound delivered and there was no need for re-dubbing any scene. “I feel that the nuances of dialogue delivery is best captured in sync sound and it saves time too,” feels Sathyan. The cast and crew, he adds, is a meeting ground of two generations with veteran Kumar behind the camera while Vishnu Vijay is the music director of the film. Rahul Raj scores the background score. 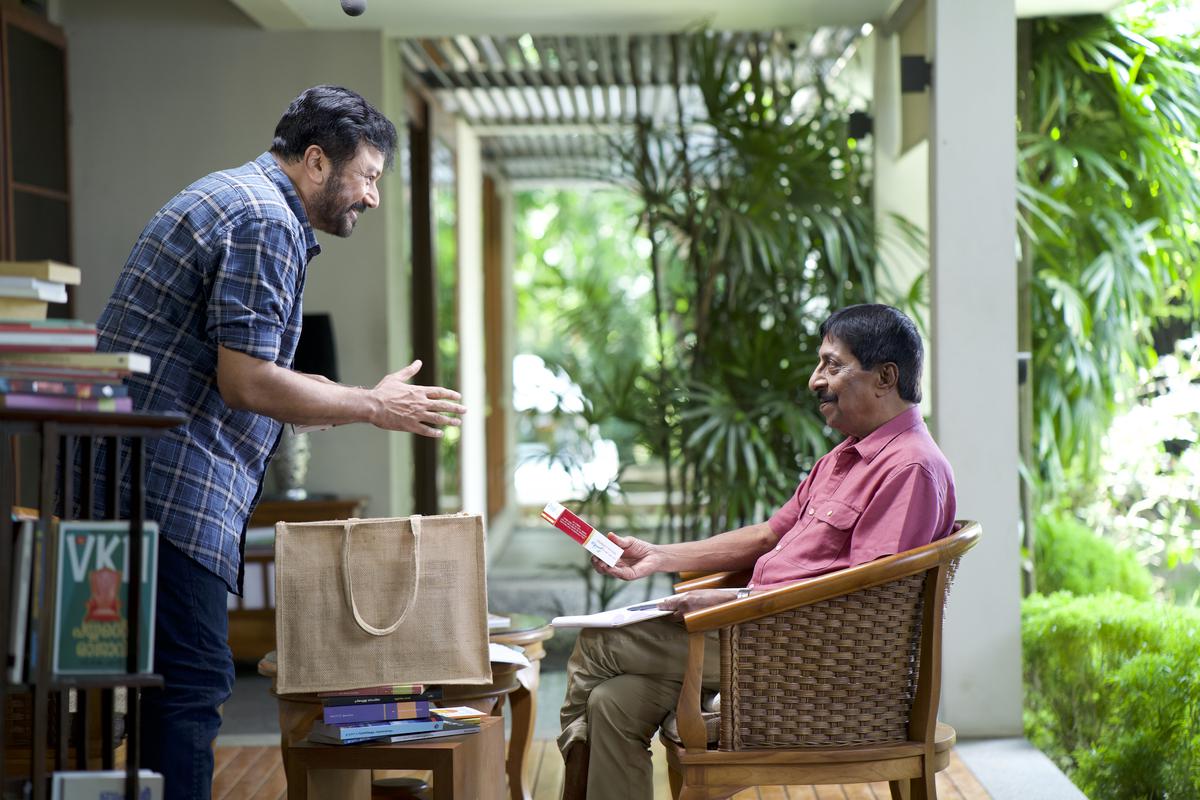 He asserts that he is a fan of several young directors in Malayalam cinema and has learnt from their narratives. “My twin sons are directors too and I have no qualms in admitting that they have helped me keep in touch with the times. Anoop was my associate for Makal since Akhil is busy shooting his first feature film.”

The proud father laughs when he says that many aspiring actors come all the way to their house in Anthikkad, Thrissur seeking a chance in films. “Innocent jokes that now my wife opens the door and says that all three directors are not at home!”

Technology has changed, narratives have evolved but emotions have remained the same, he points out.

“With every film I feel there aren’t any more family-based stories I can narrate but each time, I hear new stories, I am amazed at the number of stories that remain to be told.”

How to run a hotel at Cannes, and host celebrities?

US reports its first human case of H5 bird flu

Had Congress followed Savarkar, Partition could have been avoided, says UP CM Yogi Adityanath