Sara Ali Khan wished ace filmmaker David Dhawan on his 71st birthday by sharing a throwback picture. Sara, who made her Bollywood debut with the 2018 release Kedarnath alongside the late actor Sushant Singh Rajput, made David Dhawan’s birthday quite special by sharing some behind-the-scene pictures from the sets of Coolie No. 1. The actress has improved with each performance and wowed audiences with her naturality. After Kedarnath, the actress has starred in a number of films like Simmba, Love Aaj Kal, Coolie No.1, and others.

On Tuesday, Sara Ali Khan took to her Instagram handle to wish her ‘Coolie No.1’ director David Dhawan in the sweetest manner. The actress shared a set of two pictures from the sets of the film. The first picture showed the actress alongside the father-son duo, David Dhawan and Varun Dhawan. The second image showed Sara Ali Khan holding coolie No.1’s clap board, with the captain of the ship, David Dhawan, in the background. Sharing pictures, the actor wrote, “Missing you sir. Wishing you all the love, luck and laughter’’. 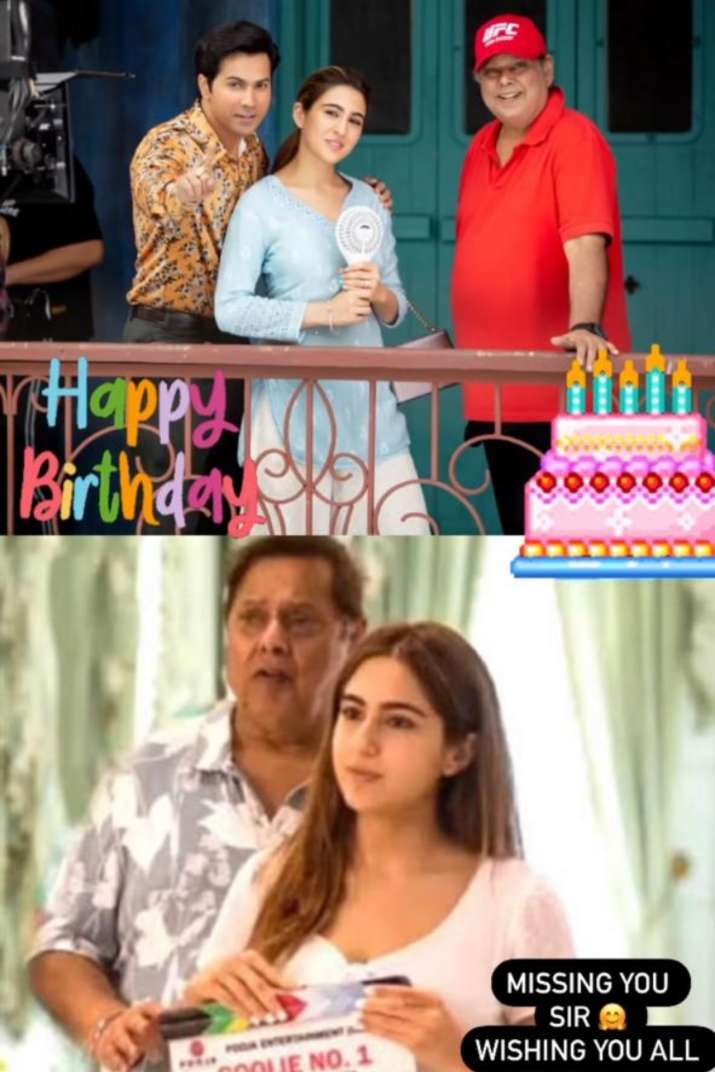 For the unversed, Coolie No.1 starred Varun Dhawan and Sara Ali Khan in the titular roles. The film was helmed by David Dhawan and was a remake of the 1995 hit of the same name, starring Govinda and Karisma Kapoor. It is surprising to note that the original film was also a remake of the Tamil film Chinna Mapillai. However, Varun and Sara’s film couldn’t withstand the legacy that Govinda and Karisma left on the big screen.

On the work front, Sara Ali Khan is set to star in Laxman Utekar’s next yet-to-be-titled film alongside Vicky Kaushal. Besides this, she will also star in Gaslight, which is helmed by Pawan Kriplani.


Meanwhile, David Dhawan’s last film was the 2020 release, Coolie No.1. The filmmaker was hospitalised for diabetes about two months ago, but he was soon discharged. Reportedly, he is now doing better, although there have been no new project announcements yet.