Revenue loss to the state, windfall gains for liquor cartels 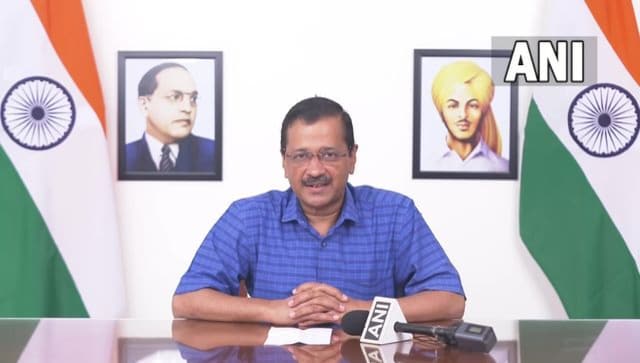 Celebrated British poet TS Eliot ends his 1925 poem, ‘Hollow Men’, with the lines: “This is the way the world ends, not with a bang but a whimper.” A party which came to power in Delhi riding a popularity wave on the account of its claimed fight against corruption, has just signed a confession statement on being corrupt.

For the first time in post-Independence history we have an instance of a minister criticising a proposal which he himself piloted in the cabinet. After the Delhi cabinet approved the abandoning of Excise Policy 2021-22, Manish Sisodia was quoted as saying, “They (BJP) are threatening shopkeepers, officers with ED and CBI, they want legal liquor shops to be closed in Delhi and earn money from illegal shops. We’ve decided to stop the new liquor policy and ordered to open government liquor shops.”

That the city’s finance minister was out of his wits on the issue was evident in a statement issued on the same day, which said, “We brought a new liquor policy to stop corruption. Before that, the government used to get around Rs 6,000 crore revenue from 850 liquor shops. But, after the new policy, our government would have got more than Rs 9,000 crore with the same number of shops.”

Can a government sound so helpless, can ministers from a government which sat on a dharna at Raj Niwas led by their Chief Minister Arvind Kejriwal would act so meekly on the ‘threats’ held out by the Delhi BJP leaders? The point to be noted is that the cabinet decision to abandon Excise Policy 2021-22 came following a police investigation into policy and a faceoff with the Lt Governor who has sought a CBI probe in the matter, based on a report by the chief secretary.

The report has alleged undue benefits to liquor vend licencees in lieu of “kickbacks” and “commissions” and use of the money in the Punjab elections. The cabinet note based on which the Delhi Cabinet led by Kejriwal took the decision to abandon the policy is a tell-tale document on the extent of loss caused to the government revenue.

Kejriwal’s Excise policy 2021-22 is believed to be a case study on how to siphon out government money to liquor cartels causing huge loss to the state revenue. The financial planning of the Kejriwal government, which could be called AAPnomics, aimed at ‘revenue loss’ to the state and ‘windfall gains’ for cartels.

The cabinet note circulated during the meeting which abandoned the excise policy, underlining the “revenue shortfall”, mentions, “During the Q-1 of the current fiscal (2022-23), Rs 1,485 was realised which is 37.51 percent below the budget estimates for the current fiscal i.e. Rs 2,375 for Q-1. Even this includes Rs 980 crore of refundable security deposit.” On the issue of “windfall gains to license holders”, the note says, “Further, 09 Zonal Retail Licensees have not availed extension during the extension period from April 2022 and 03 more Zonal Retail Licensees have conveyed their intent to not avail the extension beyond July 2022. Out of the 14 wholesale licensees, 04 wholesale license holders have so far opted to discontinue their licenses. The revenue decline on account of surrendered zones is estimated to be around Rs 193.95 crore per month.”

The cabinet note goes onto explain in detail the ‘windfall gains’ for the cartels, saying, “It is pertinent to note that while the exchequer is losing significant revenue due to vacation of zones, there has been no decline in the sale of liquor and the slack has only been picked up by the remaining license holders, which amounts to windfall gain to them. The data from excise department shows that the sale of liquor in first quarter of current liquor in the first quarter of the current fiscal 2022-23 has increased by 59.46 per cent in case of whisky and to 87.25 per cent in case of wine as compared to the corresponding period of FY 2019-20, but the same could not be captured as an enhancement to the government revenue.”

In another mention of strengthening cartels, the note mentions in paragraph 2.5, “The provision of discount on the liquor sales has given rise to unhealthy market practices and also contributed to weeding out weaker hands. In case the same continues during the extension period, there is likelihood of some more vendors surrendering their licenses, which will have adverse impact on government revenue.”

It didn’t stop here. The cabinet note in paragraph 2.6 makes a specific mention about promoting select liquor brands in the city and creating monopolies. The note said, “There have been instances of shortage of particular brands. In particular, premium imported brands have not been available for some time now as the sole wholesaler of such brands has stopped supplies. In Excise Policy, 2021-22, a particular brand registration is limited to a particular brand by a concerned wholesaler, which could lead to monopolistic tendencies.”

Chief Minister Kejriwal, days after boycotting a function attended by the Lieutenant Governor, has now visited the Raj Niwas and his amenable statements thereafter clearly shows that he is trying to buy peace. With one of his ministers Satyendar Jain already behind bars in a corruption case, he now cannot afford to run roughshod over the ‘head of Delhi administration’.

The writer is an author and president, Centre for Reforms, Development & Justice. Views expressed are personal.

Which Asian Countries Support China in the Taiwan Strait Crisis – and Which Don’t? – The Diplomat

Food for Thought as Independent India Turns 75 – The Diplomat

In Turbulent Times, Xi Builds a Security Fortress for China, and Himself

Pakistan: Imran Khan’s PTI to give one-month ultimatum to govt to announce dates for fresh election