Lt Gen Anil Puri asserted had that the recruitment process will remain unchanged. Applicants for Agnipath will have to give an undertaking that they were not part of any violence. Puri added that ‘Agnipath’ will not dent but improve the army’s combat capabilities

The armed forces said on Tuesday that “credible” information on the ‘Agnipath’ scheme recently has dispelled misinformation about the initiative and asserted that youngsters preparing to become soldiers have returned to physical activities at several places. Amid misgivings about the recruitment process, Lt Gen Anil Puri, additional secretary, Department of Military Affairs, asserted that the recruitment process will remain unchanged and the traditional regimentation system in the military will continue.

The scheme, which envisages a four-year term for 75 per cent of recruits, was an outcome of a long period of consultation within the three services and the Ministry of Defence besides deliberation among several wings of the government. It is a much-needed reform, he said at a tri-service press conference. Various committees since 1989 had made recommendations on these lines, he said, adding that all stakeholders were involved in finalising the Agnipath scheme. 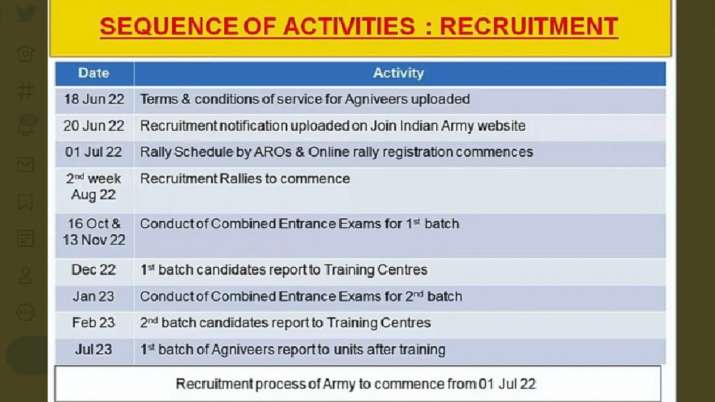 With youths at several places resorting to violence to protest the scheme, Puri said all applicants for ‘Agnipath’ will have to give an undertaking that they were not part of any violence. “There is no place for arson and violence in the armed forces,” he said. Referring to police verification, he noted that it has always been a part of the recruitment process.

Over the years, the profile of commanding officers in the military has become younger. Now, the profile of soldiers will become youthful, he said. Backing the scheme, an official said ‘Agnipath’ will not dent but improve the army’s combat capabilities. Protests against the scheme, which was unveiled on June 12, have ebbed away in the last few days. Officials said at the presser that ‘Agniveers’, a term for those recruited under the scheme, will be eligible for gallantry awards and the scheme is being rolled out so that armed forces draw the best talents.

Autonomous Flying Wing Technology Demonstrator; What You Should Know

Can the Taliban Actually Prevent Attacks Launched From Afghan Soil? – The Diplomat

Has the U.S. added a chip on China’s shoulder, or a leg up? – SupChina

Villages on banks of Godavari warned of flash floods