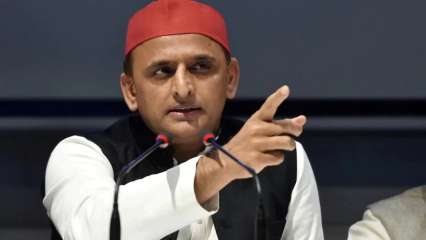 Samajwadi Party chief Akhilesh Yadav, on Saturday, after drawing comparisons between Pakistan’s founder Muhammad Ali Jinnah to Sardar Vallabhbhai Patel, who is known for uniting the princely states of India, refused to clarify the context of his statement.

Refusing to clear the context of his statement, Akhilesh Yadav said “read the books again”.

“Why should I clarify the context? I would rather say read the books again,” said Yadav while speaking to the reporters on Saturday.

SP chief Yadav’s statements drew a definite response from UP BJP chief Swatantra Dev Singh, who tweeted in Hindi, “The love for Jinnah still remains intact. Akhilesh Yadav ji please tell which history books have to be read — the Indian or the Pakistani.”

Earlier on Friday, CM Adityanath had sharply criticised Yadav for comparing Jinnah to Sardar Vallabhbhai Patel and said that it shows the “Talibani mentality” of the SP chief that believes in dividing the country.

On the occasion of the 146th birth anniversary of Sardar Vallabhbhai Patel, SP chief Yadav was addressing a gathering when he remarked that Sardar Patel, Mahatma Gandhi, Jawaharlal Nehru, and Muhammad Ali Jinnah studied in the same institute, where they became barristers and fought for India’s independence.