Pune: Tantalise your tastebuds with night-time munchies at this snacking joint

Any Punekar would tell you that you cannot take poha out of their hearts. That is why the flattened rice dish makes for an all-time meal — breakfast, lunch, snack, dinner, and even a 3 am munch. It is also one of the most popular dishes on the menu of Pune’s midnight eatery Joshi’s Kitchen at Karve Nagar’s Nal Stop.

Visit late at night and you can witness a crowd of around 50-60 people that gathers here for its delectable bites — sheera, vada pav, upma, sabudana khichdi, samosa, idli-chutney, and all-time beverages like teas, apart from its hot-selling poha in an aluminium-foil container.

This reporter also had a taste of its poha and it was remarkably different from any other she had in this city in the last two years. Sweeter, yes, but the soft rice flakes with the combination of sev and sambar are worth it when you are looking for a 3 am binge. If your tummy is still not fed, you can gobble up their sumptuous sabudana khichdi and vada pav provided you get through the crowd. Young students, bachelors, night-shift employees and people enjoying a night out with friends and family all make up the crowd here.

Arshiya, 24, is an MBA student and burns the midnight oil to study. She finds the kitchen affordable and safe, and prefers the variety of satiating dishes over other marketed foods. “I have been coming here for the past two months regularly. It is always jam-packed here and the variety of foods is lovely,” she said. A software professional who did not want to be named, suggested that the quantity, quality, and quick service at night along with affordable prices are the factors which attract people. “Considering the cosmopolitan Pune crowd, we have started the night kitchen shift at 12 am for the past six months instead of the usual 3.30 am before that,” owner of Joshi’s Kitchen Tejas Parchure (26) told indianexpress.com. After his hotel management graduation, Parchure started a restaurant Joshi’s Uphaar Grah in 2016 at SNDT College Chowk specialising in Maharashtrian cuisine. The name was inspired by Parchure’s father and uncle’s first sweet shop called Joshi’s Sweets, established in Pune in 1995. 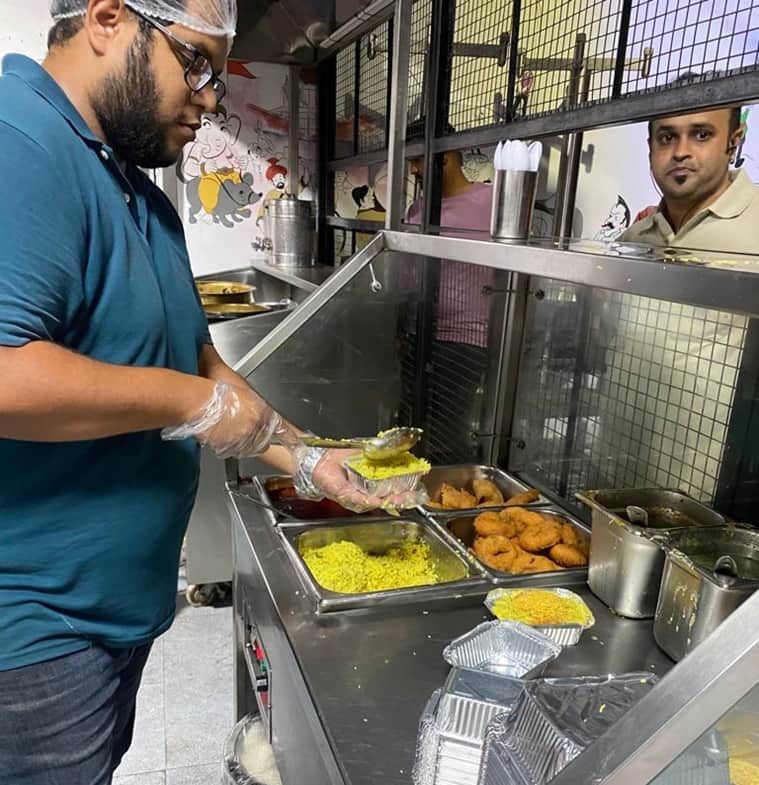 While restaurants are allowed to operate till about 11 pm, according to Pune police and Pune Municipal Corporation, there is no legal circular that states the same. Parchure mentioned that it is only through “some legwork” that he has been able to run the night-time kitchen joint.

Residents say that it has surpassed the nearby Amruteshwar hotel, which originally started the idea of serving late-night munchies with their first serve at 3.30 am, in popularity. “Yes, they were the inspiration provided we sell almost the same list of food items. I just thought of opening it at 12 am and that gamble has paid off,” Parchure, who wants to open similar setups in six other hotspots, including Viman Nagar, Hinjewadi and Kharadi, told indianexpress.com.

No agreement yet on meeting between Putin, Zelensky: Ukraine official