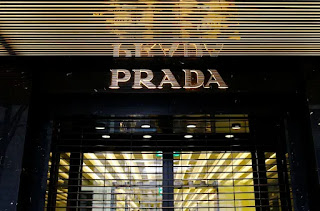 (Reuters) Italian luxury group Prada posted strong results in the first four months of the year as its U.S. business offset the impact of suspending operations in Russia and coronavirus lockdowns in China, CEO Patrizio Bertelli was quoted as saying.

Bertelli added the Milan-based, Hong Kong-listed fashion house has no plans to revise its targets, while it may consider a dual listing on the Milan stock exchange in the future, according to an interview with Corriere della Sera’s weekly insert L’Economia published on Tuesday.

Russia accounts for just 2% of group sales, but China “is important and for the past 15 days we have had more than 50% of our shops closed”, Bertelli said.

However, he added the company “did well, above expectations” in the first quarter, with the U.S. offsetting China’s weakness, and also reported good results for the first part of April.

The executive reiterated that his son, Lorenzo Bertelli, will succeed him in “three to four years”, and that the opportunity to merge major Italian brands into a single group — following the model spearheaded by French fashion giants Kering and LVMH — has passed.

New film from producers of Nezha slated for release in July