In what may be viewed as a major boost to India’s defence capability building
prowess, the Philippines has accepted Indian BrahMos Aerospace proposal worth
USD 374.9 million to supply a Shore-based Anti-Ship Missile System Acquisition
Project for its navy. Notice of Award has been communicated to BrahMos
officials by the Philippines’ Department of National Defence said on Friday.

On March 2, 2021, the Philippines and India signed a government-to-government
agreement on defence equipment procurement, paving the way for the sale of the
BrahMos missile to the Philippines.

The notice award for the contract to procure a Shore-based Anti-ship Missile system for the Philippines Navy sought a response from BrahMos Aerospace within 10 days. BrahMos is the potent offensive missile weapon system already inducted into the Armed Forces and is used by the Indian Navy, Indian Air Force as well as Indian Army. 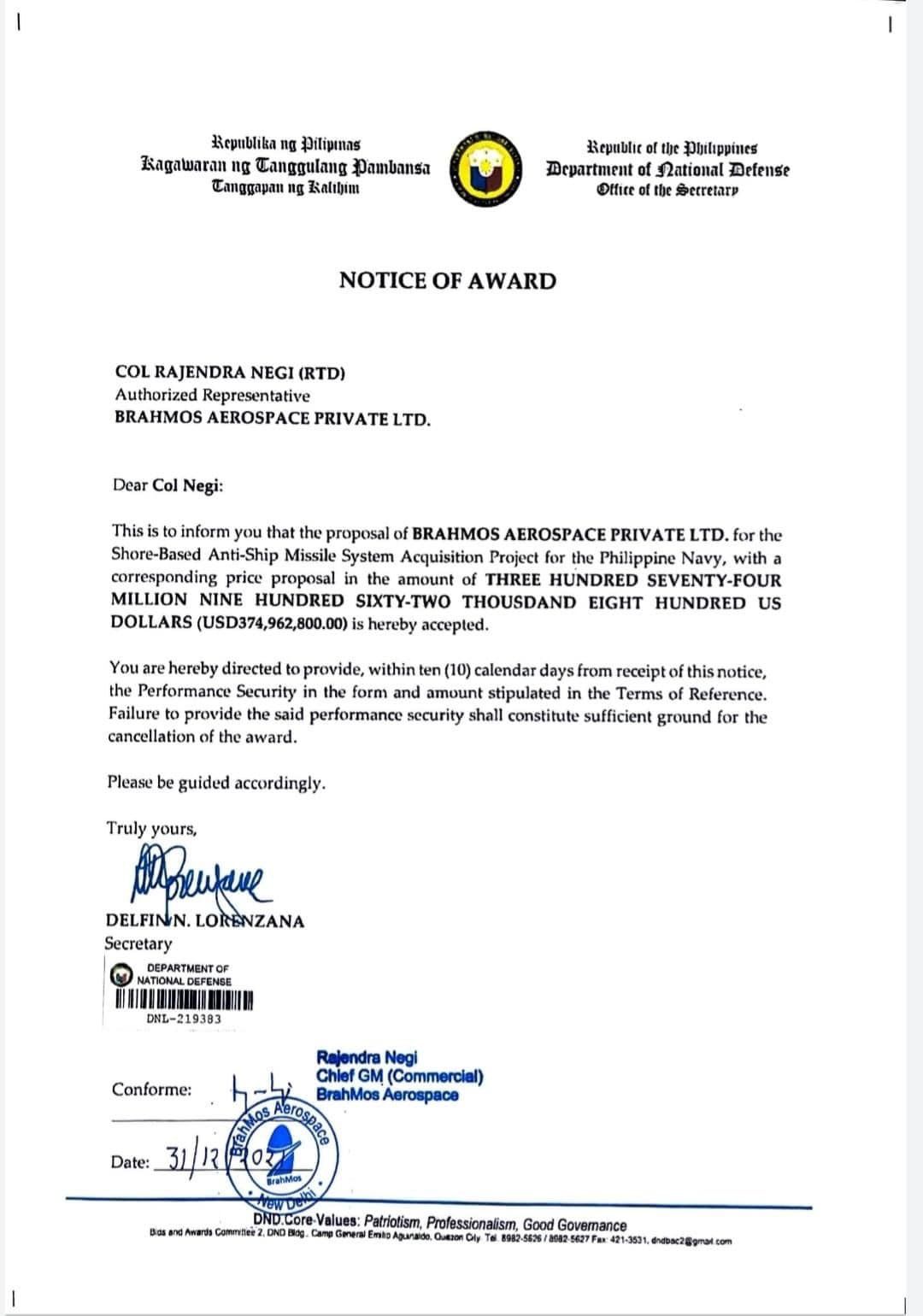 For the record, the Philippines have shown interest in the purchase of the
BrahMos since 2016. It was reported that negotiations were underway since 2019
regarding the procurement of two mobile batteries for the Philippine army
under the Land-Based Missile System (LBMS) program. A mock-up of the
Philippine army version of the launcher was shown. The missiles were fitted on
a semi-trailer towed by a South Korean KIA KM500 truck. In addition, in the
spring of 2020, there were reports of the Philippine Navy’s intention to
purchase three batteries of the BrahMos system.

Philippines has accepted BrahMos Aerospace Pvt Ltd’s proposal worth USD 374.9 million to supply Shore-Based Anti-Ship Missile System Acquisition Project for its navy. The Notice of Award has been communicated to BrahMos officials by the Philippines Department of National Defense

The Philippines are worried about the rise of the People’s Liberation Army
Navy (PLAN or Chinese Navy). The PLAN already controls many islets such as
the Spratly Islands and the Scarborough Shoal. The recent discovery of a
Chinese submarine drone on the nearby Selayar Island and a new law allowing
Chinese coast guard to open fire on foreign ships in waters claimed by China
continue to fuel tensions in the region.

Zara Rutherford Becomes Youngest Pilot To Fly Round The World