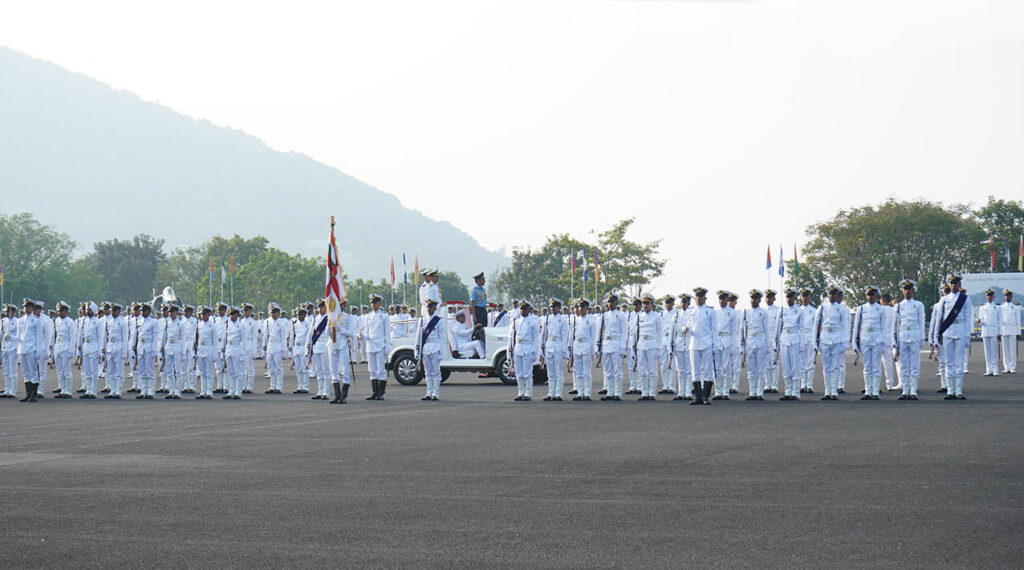 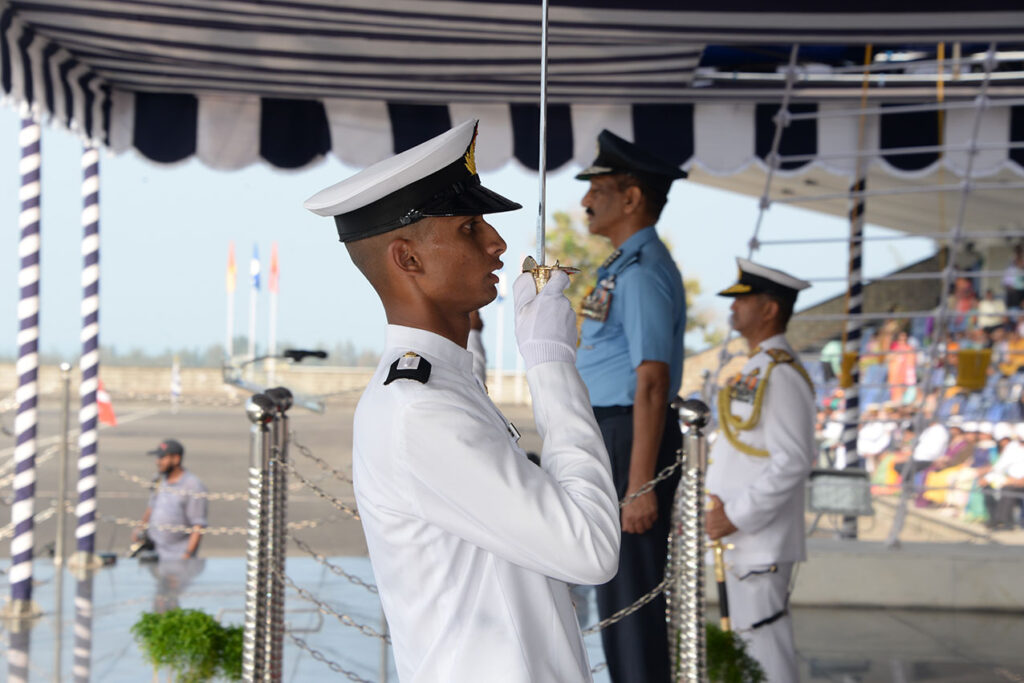 The Parade was reviewed by Air Marshal Balabhadra Radha Krishna,Chief of Integrated Defence Staff to the Chairman of the Chiefs of Staff Committee (CISC) who awarded medals to meritorious Midshipmen and Cadets on completion of the Ceremonial Review. Vice Admiral Puneet K Bahl, Commandant, Indian Naval Academy was the Conducting Officer.

The ‘President’s Gold Medal’ for the Indian Naval Academy BTech Course was awarded to Midshipman Anivesh Singh Parihar. The other medal winners were as follows: 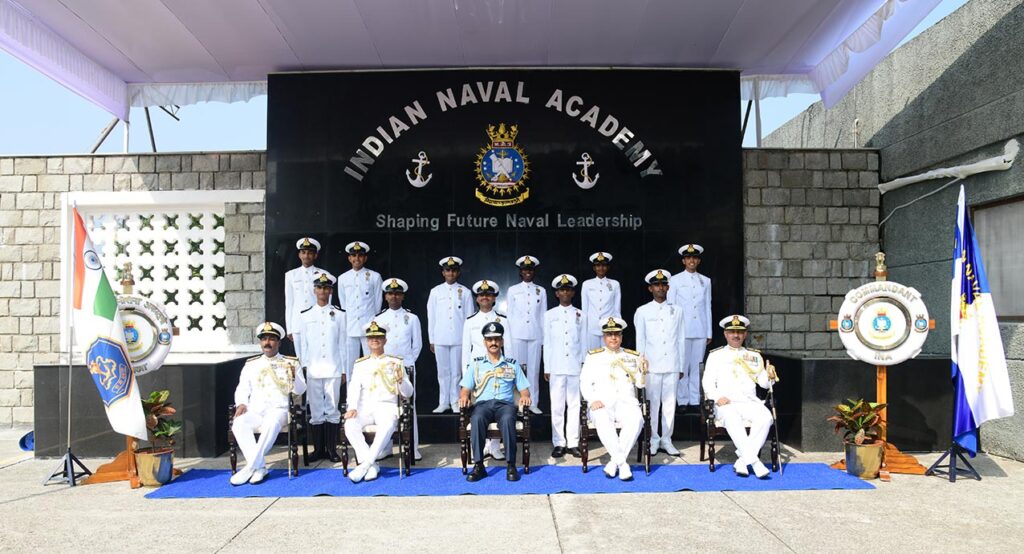 The successful trainees marched with their gleaming swords and rifles held in salute, past the Academy’s Quarterdeck, in Slow March, to the traditional notes of ‘Auld Lang Syne’ – the poignant farewell tune played by armed forces around the world when bidding adieu to colleagues and comrades, for their ‘Antim Pag’ or final step at the Indian Naval Academy.

Air Marshal Balabhadra Radha Krishna congratulated the trainees on parade for their impeccable turnout, smart drill and movements on parade. The Reviewing Officer emphasised on the core values of duty, honour and courage. The Reviewing Officer and other dignitaries shipped the stripes of passing out trainees and congratulated them for their successful completion of the rigorous training. These officers will proceed to various Naval ships and establishments to further consolidate their training in specialised fields.