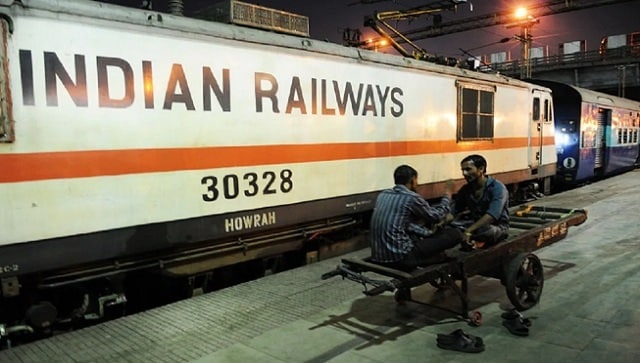 A dramatic video of a man being saved by an alert railway pointsman from coming under a moving train has gone viral on the Internet. The video from Kalyan station has stunned social media users.

The incident occurred around 11:54 am when the Howrah-Mumbai Special train was departing. In the 11-second clip, which is actually a CCTV clip from the railway station, a man can be seen standing at the door of the train. Suddenly, the man falls in between the space of the platform and the moving train.

Immediately, a crowd of people can be seen rushing towards the man to save him. Within few seconds of the man falling in between the train and platform, an alert pointsman rushes to save the life of the man by pulling him out. Named Shivji Singh, the poinstman’s presence of mind and swift action saved the life of a passenger.

Meanwhile, other passengers who were sitting inside the train had noticed that a man had fallen. One of the passengers pulled the chain of the train to halt the moving train due to emergency reasons.

The passenger had apparently lost balance while he was standing at the entry door of a train coach and he slipped and fell into the gap.

What are your thoughts about the video?