‘We can’t rule out that this money has been used to fuel protests and anti-India sentiments recently,’ top NCB sources told CNN-News18 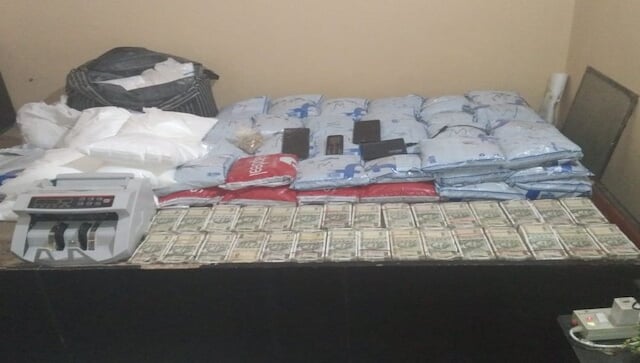 The drug bust in which the Narcotics Control Bureau seized about 50 kg of heroin from Delhi’s Shaheen Bagh on Thursday, has the involvement of Pakistan, CNN-News18 reported.

The estimated value of the haul is about Rs 100 crore, it added.

The anti-narcotics agency also arrested a man and seized Rs 30 lakh in cash.

These seizures are important, as they expose the blueprint of Pakistan’s intelligence agency ISI, top NCB sources told CNN-News18.

The consignment comes to ports and then is moved to different parts of India as wholesalers sell and distribute the drugs to small-time suppliers, sources added.

They also said that this particular drug consignment was to reach Punjab and other northern states.

Speaking on narco-terrorism, NCB DG Satya Pradha said that Pakistan uses a drug strategy in its attempt to destabilise India.

He added that drug smuggling has increased since the Taliban came to power in Afghanistan last year.

Notably, the consignment was seized in Shaheen Bagh which was one of the hotspots of the anti-CAA protests.

NCB sources told CNN-News18 that the link between the demonstrations and the drug bust cannot be ruled out.

“We can’t rule out that this money has been used to fuel protests and anti-India sentiments recently,” the sources said.

“We are also probing the connection with anti-CAA protests as Shaheen Bagh has been in the news due to different reasons. Definitely, there is some international connection to creating unrest and this kind of money. These are all drug syndicates, working as sleeper cells,” they added.

Investigators believe the ambit of the probe may be widened as not only the Shaheen Bagh protests but recent disturbances in Muzaffarnagar, Kairana, etc, may also have been funded by this drug money, the report added.

Work kicks off on Google’s campus