While some of the workers were administered first aid in the medical centre in the SEZ, others were shifted to nearby hospitals 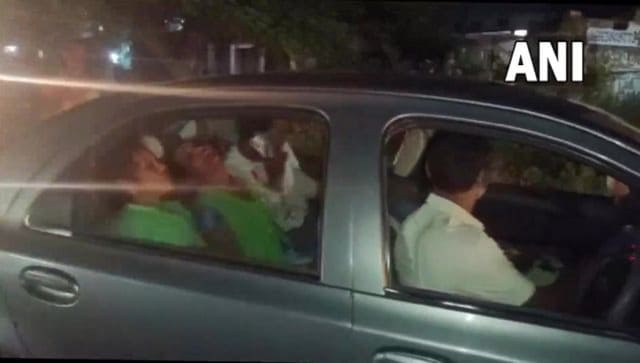 The real cause of the sickness was, however, not immediately established as medical examination was being conducted. Twitter/@ANI

Anakapalle, Andhra Pradesh: Over 50 women working at an apparel manufacturing unit in the Brandix Special Economic Zone at Atchutapuram near Visakhapatnam fell ill on 2 August, 2022, due to a suspected gas leak.

Andhra | As per Anakapalle Police, a few women fell ill after a gas leak reported in a company located in Achutapuram. Some of them have been rushed to a local hospital. Police waiting for APPCB officials to arrive&assess situation. No one allowed inside premises. Details awaited

The gas leak reportedly took place at the premises of Brandix. Employees ran out from the company due to panic.

“The gas leak reportedly took place at the premises of Brandix. 50 people have been shifted to hospitals, and evacuation is underway at the premises. More details awaited,” SP Anakapalli said.

According to the Quint, the Brandix SEZ employs thousands of workers, mostly women, in its garment manufacturing units.

According to NDTV, the workers complained of nausea and vomiting after the gas leak.

Some women employees were rushed to local hospital for treatment.

Andhra Pradesh | A suspected gas leakage reported at a company in Achutapuram. A few women have been rushed to a hospital after they fell ill. Police are waiting for APPCB officials to arrive & assess the situation. Details awaited. pic.twitter.com/wEmPXB3QNZ

Hemanth, District Medical & Health Officer, Anakapalle told Mint that 53 patients had admitted to the hospital. All have been examined and their condition stable. Most of the patients complained of difficulty in breathing, nausea, vomiting.

#UPDATE | Andhra Pradesh: At present 53 patients are admitted here. All have been examined & their condition is stable.They’re undergoing treatment. Most of the patients complained of difficulty in breathing,nausea, vomiting: Hemanth, District Medical & Health Officer, Anakapalle pic.twitter.com/2pPckdxGW9

Earlier in June, about 178 women workers fell sick after a gas leak at a laboratory in Atchutapuram area of Visakhapatnam in Andhra Pradesh. More patients were admitted to hospital later for treatment.

Following the incident, Andhra Pradesh government set up a joint committee to ascertain the cause of the gas leak.